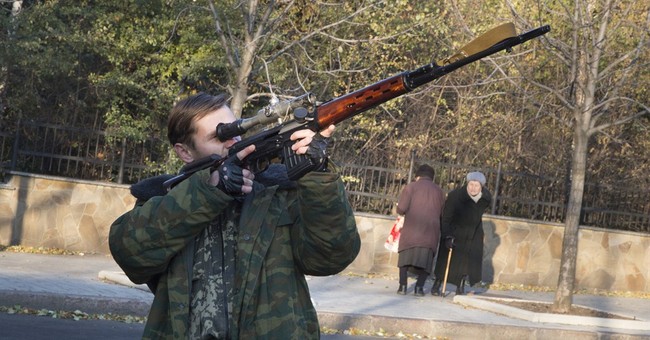 North Korea-China: The planned opening of the New Yalu River Bridge, connecting Dandong in northeastern China with Sinuiju in North Korea, has been delayed indefinitely, according a report by China's state-runGlobal Times on 31 October.

Comment: The existing bridge across the Yalu River was built in 1937 and is limited to trucks of 20 tons or less. The new bridge far exceeds the capacity of the existing bridge, but, for now, is the Chinese version of the bridge to nowhere.

The Chinese determined there would be no point in opening a bridge that terminates in a vegetable patch. The North Koreans reportedly want a Chinese loan to complete their part of the construction. This is typical of joint civil engineering projects in North Korea.

Pakistan: A suicide bomber detonated at the Wagah border crossing at Lahore, Pakistan. The latest casualty report is that 55 people died and 200 people were injured.

Two separate factions of the Pakistani Taliban claimed responsibility for the attack. They said it was in retaliation for Pakistan Army operations in the tribal agencies in the northwest.

Comment: The Wagah crossing site is famous for the high-stepping pageantry that the Pakistani Rangers and the Indian Border Security Forces perform in lowering the national flags and closing the border gates. The daily ceremony always draws a large crowd, which the suicide bomber targeted. This is the first time that this symbol of national pride has been attacked.

Syria: Fighters from al-Qaida's al-Nusra Front and from the Islamic State of Iraq and the Levant (ISIL)routed fighters from the Western-backed Syrian Revolutionary Front (SRF) from their stronghold in northwestern Syria. Al-Nusra captured Deir Sunbul, and also now controls most of the other towns and villages in the nearby area.

Comment: The SRF claimed it withdrew in order to prevent civilian casualties. It blamed the West for failing to support the group. Some Syrian experts claim that this loss eliminates the SRF presence north of Damascus. The al-Nusra Front apparently judged accurately that the US had no serious intention of supporting the SRF. Now the issue of supporting a moderate Muslim fighting forces has become almost irrelevant

Ukraine: Pro-Russian separatists in eastern Ukraine held elections for local legislative assemblies and executives. The elections were held in the two self-proclaimed people's republics in the Donetsk and Luhansk regions of southeastern Ukraine, which border Russia. The rebels said that early results suggest the two current separatist leaders are set to win in their regions.

The West called the elections illegitimate, but Russia said it would accept them as valid.

Seven Ukrainian soldiers died since Friday in skirmishes in the southeast. Low level fighting has not stopped, despite the official ceasefire.

Comment: Local government elections are stipulated in the local autonomy legislation that supposedly ended the rebellion. The leaders in the southeast say that they consider the elections a precursor to an independence vote.

The position of the West has made it irrelevant to developments in the southeast. The Russian position appears to support whatever the separatists decide. Ukraine might yet fracture again with Russian support.

Nigeria: Boko Haram's leader, Abubakar Shekau, said on Friday that the 219 schoolgirls kidnapped from a remote town in northeastern in April have converted to Islam and been married off.

Shekau made the remarks in a video published on Friday. "Don't you know the over 200 schoolgirls have converted to Islam? They have now memorized two chapters of the Koran….We have married them off. They are in their marital homes."

The video reportedly surprised Nigerian security authorities who announced a ceasefire with Boko Haram on 17 October.

Burkina Faso: After a politically confusing weekend, the head of the presidential guard regiment, Lt-Col Isaac Zida, has emerged as the transitional president of Burkina Faso. He received the backing of the army and its top leadership.

On Friday, President Blaise Compaore announced his resignation, following violent protests at his attempt to extend his 27-year rule. He issued a statement that announced that the presidency was now vacant and urged elections within 90 days.

Military chief and Compaore protégé General Honore Traore said he had taken over as head of state "in line with constitutional measures, " which he failed to identify.

Subsequently, Zida's troops took control of key points in Ouagadougou and announced he was the head of a transitional government. The generals announced they supported him.

Comment: Burkina Faso appears to have experienced a praetorian coup, in which the presidential guards replaced the president in the interest of preserving the underlying system of corrupt cronyism. Compaore fled to Cote D'Ivoire but his influence apparently remains strong. There will be more demonstrations.