Turkey Focuses on Old Disagreements Instead of ISIS 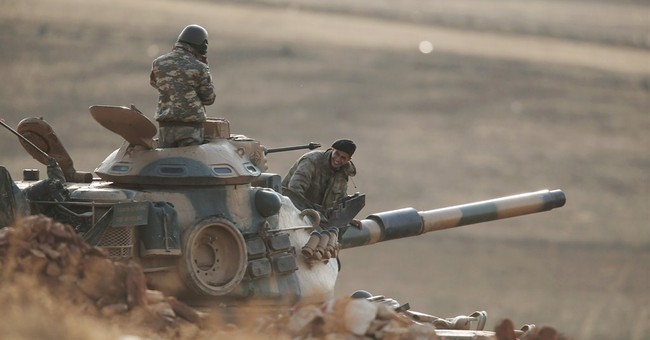 South Korea-North Korea: The two states held their first high-level military talks in seven years on Wednesday, 15 October at Panmunjom. A South Korean official source said the North did not want to publicize the talks, explaining South Korea's refusal to confirm the meeting.

Details of the agenda and the names of the attendees have not been published. A separate official South Korean source leaked to the media that South Korea wanted to explore ways to ease military tension.

Comment: The talks on the 15thare not the high-level talks promised at Inchon after the Asian Games. These appear to be a military spin-off aimed at preventing two recent shooting incidents from escalating. One was a naval firing incident off the west coast. The second was North Korean anti-aircraft fire to destroy South Korean balloons carrying propaganda leaflets to the North.

Iraq: On 13 October, fighters from the Islamic State of Iraq and the Levant took control of an army base at Hit. The Iraqi forces made a tactical retreat, burning supplies and driving vehicles away.

Comment: Capturing Hit denies the government one of the last bases in Al Anbar Governate from which it might conduct harassing attacks against ISIL to divert pressure against Baghdad. ISIL already holds all the major towns between Hit and Baghdad. One Iraqi said ISIL controls 80% of al Anbar. Seizing Hit is like security housekeeping.

Turkey: Turkish combat aircraft attacked Kurdistan Workers Party (PKK) targets in southeast Turkey on Sunday, 12 October, in the first significant air operation against the militants since the launch of a peace process two years ago, Hurriyet news reported on 14 October..

The air strikes caused "major damage" to the PKK, Hurriyet said. They were launched after three days of PKK attacks on a military outpost near the Iraqi border.

Comment: The Turkish government is cleaning up old security problems under the umbrella of US and Coalition airstrikes. No party seems to consider the ISIL threat more serious than longstanding security problems.