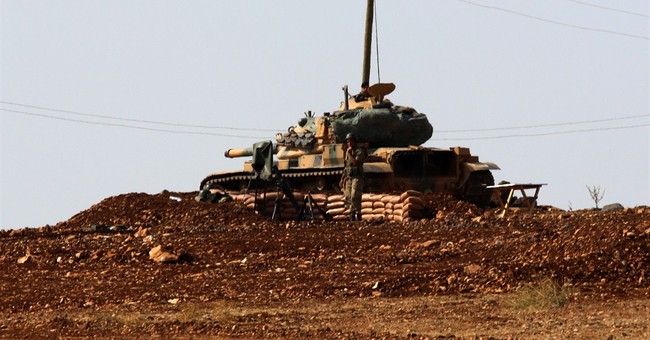 The Federation of Hong Kong Students, one of three protest organizations, said in a statement early Friday it would join the talks. The students repeated that Leung should step down because he "had lost his integrity." Other group leaders insisted that Leung was responsible for slow progress in implementing universal suffrage in Hong Kong and for other injustices. They continued to demand his resignation.

Zhang Xiaoming, director of the Chinese central government's liaison office in Hong Kong, responded to a barrage of media questions about the protests simply with, "The sun rises as usual." Zhang made the statement during a National Day celebration on Wednesday.

Comment: An offer of talks is a standard concession move, following a failed overreaction by the police. Its purpose is less to solve problems than to coopt the opposition into becoming a dialogue partner and thereby compromised.

In this instance, it also is a stalling tactic. Chinese leaders in Hong Kong and Beijing judge that the protests are losing strength and will end this week, now that National Day has passed. If that occurs, they will be credited for using appropriately reflexive tactics to restore stability.

The student protest leaders fear the movement will collapse as well. Today they urged the protestors to remain united and to not go home.

Turkey: Parliament authorized the government to use Turkish forces in operations in Syria and Iraq. It also approved foreign forces to use Turkish airbases. One senior official said Turkey is unlikely to permit armed aircraft to use the bases for attacks.

The head of the Kurdish insurgent movement in Turkey, the Kurdish Workers' Party (PKK) said that if the Syrian Kurdish town of Kobani experiences a massacre by the forces of the Islamic State of Iraq and the Levant (ISIL), the PKK will resume its insurgency in southeastern Turkey.

Comment: Turkish leaders show little enthusiasm for attacking ISIL. Their behavior and statements suggest that their immediate concern is to control refugees and then to steer the Coalition to overthrowing the Ba'athist government in Damascus. They exhibit no interest in preventing ISIL from defeating the Kurds at Kobani. News reporters on the Turkish side of the border said today that they can see ISIL artillery, armor and force positions near Kobani.

President Erdogan said in parliament on Wednesday that "we will fight effectively against both ISIL and other terrorist organizations."

Comment: Some commentators have described Erdogan as having had a change of heart about ISIL. The NightWatch view is that Turkish policy has not changed. The leaders in Ankara still want Asad gone and the Kurds eliminated. At no time has Erdogan said that Turkish policy is to degrade and destroy ISIL.

Syria: The Syrian Observatory for Human Rights, which closely follows events in Syria, reported that ISIL forces overran 350 villages in the past 16 days. It also reported that 300,000 refugees have not left Kobani and the surrounding area. ISIL ground forces are now only hundreds of meters from the town.

Comment: The Kurds consider the US air campaign to be lackluster and ineffective. Kobani will fall to ISIL in the next day or two. That will clear the way for Turkey to establish a security buffer zone that ensures the Kurds cannot return. The Turkish leaders also seem to believe that Turkish forces operating from a buffer zone in Syria can impose some restraint on ISIL's atrocities.

Ukraine: Rebel forces in eastern Ukraine are conducting an offensive to capture the government-held airport in Donetsk, according to Ukrainian officials. On 2 October a mortar shell killed a Swiss Red Cross worker after it hit his office in Donetsk. Ukraine's Foreign Minister blamed the death on the eastern Ukrainian rebels.

The Ukrainian military said the rebels were moving on "a broad front". A spokesman denied rebel claims, however, that the rebels had taken a large part of the airport. He insisted it was not surrounded.

Comment: Despite the fighting, neither side is willing to declare the ceasefire ended. Decisions about the legal status,ownership of and responsibility for infrastructure in the eastern regions remain unfinished business. The Kyiv government approved self-rule for the rebel areas, but left details for subsequent technical talks, which is normal. By retaining control of the Donetsk airport, Kyiv's forces retain an enclave they can use to try to ensure that Donetsk does not attempt to secede.

For Donetsk, Kyiv's hold on the airport dilutes the substance of regional autonomy.

Liberia - Ebola virus: The Sirleaf government announced that it will brng criminal charges against the man undergoing treatment for the Ebola virus in Dallas. President Sirleaf told the press that the man had passed airport health checks, but said, "the fact that he knew and he left the country is unpardonable, quite frankly. I just hope that nobody else gets infected."

Liberian authorities said the man lied on his exit documents about his exposure to the virus. "He will be prosecuted" when he returns to Liberia, Binyah Kesselly, chairman of the board of directors of the Liberia Airport Authority, told reporters.

Comment: President Sirleaf was most upset about the potentialimpact of the spread of the virus to the US. She feared it might discourage the US and other countries from helping Liberia. One medical professional said that the government's decision is unfortunate, but that the only chance for ending the epidemic is to enforce the public health restritctions and make an example of those who ignore them.