Israel Gets Ready to Talk to Islamic Terrorists 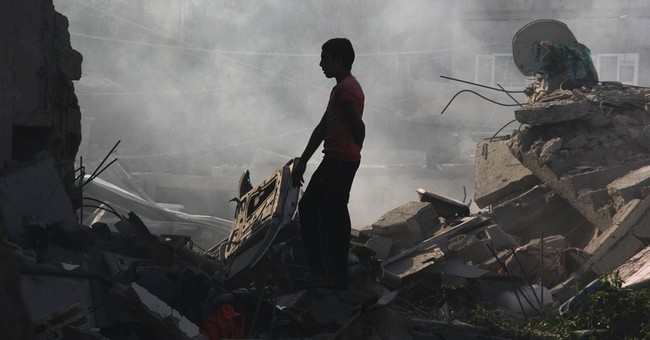 Afghanistan: An Afghan soldier shot and killed a US major general and wounded at least 14 other military men, including five British, seven Americans and generals from Germany and Afghanistan. A late report indicates two others have died.

A U.S. official said the gunman fired on the foreign soldiers using a light machinegun. Afghanistan's Defense Ministry described him as a "terrorist in army uniform." The U.S. and German generals were on a visit to Marshal Fahim National Defense University, which is an officers' academy modeled on the UK's Sandhurst.

Comment: The routine nature of the visit heightens the terror effect of the killings. This was not a combat action. The American general was not a combat soldier. He was the deputy commanding general for the Combined Security Transition Command, involved in preparations for the withdrawal of coalition troops at the end of the year.

A second point is the reasoning that says shoot and harass the foreigners as they depart. Sound judgment, if not sound strategy, would recommend that the Taliban and Afghans in general do everything they could to facilitate and accelerate the departure of the coalition forces and husband their resources for the next phase of Afghanistan's security development..

However, that strategy would deprive the Taliban of the honor of humiliating the foreigners as they leave. That explains the recent spate of large scale attacks against district centers last month.

The tribal victory narrative features the theme of driving the foreigners out and debasing them as they left. That is what the mujahedin claim they did to the Soviet forces and what they say their ancestors did to the British before them. The Soviets had to fight their way out, on the road from Kabul to Termez on the Amu Darya. The departing coalition forces should expect a similar set of challenges, especially as the withdrawal quickens later this year.

Iraq: During this Watch, news services reported that Kurdish forces are on the offensive and have retaken Sinjar, which is in northwestern Iraq and near the tri-border point where Syria, Turkey and Iraq meet. McClatchy reported that Syria and Turkish Kurds have joined the offensive push.

The same news services report that Islamic State of Iraq and the Levant (ISIL) forces may try to massacre refugees, especially the members of the Yazidi sect, whose ancient shrine ISIL already demolished. ISIL spokesmen call he Yazidis "devil worshippers."

Lebanon: The Lebanese Army agreed to a 24-hour cease fire in Arsal, the town in northeastern Lebanon that has been held by Islamic extremists from Syria for four days. The purpose of the cease fire is to allow negotiations for the release of captive soldiers and to evacuate casualties, a senior Lebanese security official said. The agreement appears to be the result of mediation by Muslim clerics to help end the fighting in Arsal.

Comment: The fight for Arsal is a cautionary event because it shows the weakness of the Lebanese forces against a determined, zealous Islamist force that mixes with the population. The Islamists have learned a lot from this engagement, even if they choose to leave Arsal.

Israel: Cease fire. International news services uniformly report that the cease fire is holding on the 29thday of Operation Protective Edge. Just before the cease fire went into effect, the Palestinians fired 17 rockets, but fired no rockets or mortars since it took effect. The Israeli forces attacked no targets. TV news showed people on the streets in the towns, some open shops and electricity working in some places.

Israeli sources said Israel withdrew the last of its ground forces from Gaza on Tuesday before the cease fire took effect.

Diplomacy. Israel has sent a team of senior officials to participate in indirect negotiations with the Palestinians in which the Egyptians will act as intermediaries. The Palestinian delegation includes negotiators from Hamas, Fatah and Islamic Jihad. Their opening terms essentially would result in Israel rebuilding Gaza, opening air, land and sea access and permitting the groups to rearm while releasing prisoners. The Egyptians reportedly would not permit the Palestinians to include their most extreme demands.

The Israeli position is almost as surreal. Israel wants the Palestinians disarmed and prevented from receiving new arms.

Comment: The negotiations have not begun in earnest, so any position statement by either side represent the staring point for a settlement.

Ukraine: Local officials said heavy fighting occurred in a suburb of the separatist-held city of Donetsk. Separatist officials said two civilians were killed in the fighting.

Comment: Ukrainian forces appear to have begun the final operations to end the secession by eastern Ukrainians and ethnic Russians. Two of the major questions that remain unanswered concern the revival of the Ukrainian forces and the intentions of the Russians.

The first question is how did Ukrainian forces improve so suddenly? Four months ago, soldiers were deserting and units were collapsing and getting routed by the separatists.

The second is where are the Russians? President Putin has claimed to be the protectors of ethnic Russians. He said he wants to recover past Russian territories and rebuild Russia's sphere of influence. He has called for humanitarian intervention to stop the fighting.

Russia has the capability to intervene quickly. Ukrainian sources claim Russia has 30,000 soldiers along the border of eastern Ukraine. They have begun another round of war games. Unless they intervene soon, the opportunity for military action will have passed.

Lately, the Russian position appears almost fatalistic: if the separatists cannot defend their region with the semi-covert Russian assistance provided, then their secession was not meant to be.

Tunisia: Correction; Jerba is a famous resort island and part of Tunisia, not Libya. Had it been part of Libya it would long ago have been trashed and unfit for rescuing the stranded Egyptians displaced by the fighting in Tripoli. Thanks to a Brilliant and experienced Reader for the correction.