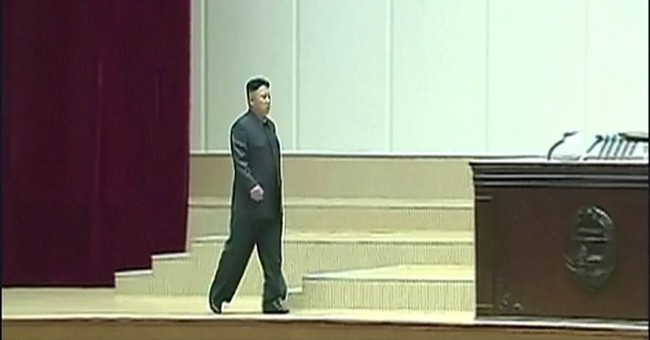 North Korea: The Korean Central News Agency (KCNA) published a press statement by a spokesperson for the Policy Department of the DPRK National Defense Commission. The statement carried the headline, "Careless Jabbering About Our Legitimate Measures To Strengthen Self-Defensive Capabilities Should Stop." It is a reply to US and UN criticism of North Korean missile launches last week. It contained the following three points, extracted from the usual context of insults and verbal abuse.

"1. The United States and the South Korean authorities should learn the concepts of provocation and threat correctly before ever saying anything about them."

"Provocation refers to deliberately initiating a bad act or a crime, and indiscriminately finding fault with someone as a nasty habit."

"2. The United States and the South Korean authorities should stop clinging to shameless brigandish acts they do like thieves wielding clubs"

"3. The United States and the South Korean authorities will face a strong reprisal response of our style like a bolt out of the blue, as they keep clinging to brigandish hostile acts."

The key point is that the North appears to have opened itself to criticism on those grounds when the Allies detect "bad behavior" and so on. The definition of "threat" is potentially insightful. The North would require the Allies, to understand that they consider "unsightly bragging" a threat. The gap between that definition and the actual behavior of North Korea and the Allies is enormous.

Nevertheless, the language of confrontation on the Korean Peninsula is useful as a baseline for evaluating the North's responses to Allied statements and actions and its objections to Allied criticism. Knowing the language does not imply that the North's view of a development is accurate. Nor does it mean that the North will abide by those terms or will apply them to its own actions. The definitions, however, provide insight that might help reduce miscommunication early in a confrontation.

Bolt Out of the Blue. The more important statement is in the third point. It contains a term of art from the Cold War: "Bolt Out of the Blue." The ability of the Soviet Union or China to launch a nuclear-armed ballistic missile attack against the United States without warning was a paramount concern during the Cold War. It eventually led to the doctrine of mutually assured destruction. The Soviets and the Chinese always denied they had a bolt out of the blue doctrine because it implied they would be the first to use nuclear weapons in a war.

The North's propagandists seldom, if ever before, have used this term, which supports the hypothesis that this statement is a deliberate, low-level test of Allied reaction. North Korean strategists should understand and appreciate the history of the term, the strategic warfighting doctrine it implies and the potentially disastrous consequences for a state that adopts a first use nuclear missile attack strategy.

Use of bolt out of the blue always means first use. North Korea needs to know that those words carry grave consequences.

Afghanistan: A dispute over evaluating the ballots caused a temporary suspension of the audit of the votes cast during the June presidential run-off election. The audit began last Thursday, but was suspended because the election commission and the campaign organizations of the two presidential contenders have not agreed on a method for judging the validity of the ballots.

After a brief suspension, the audit resumed on 21 July. The election commission reassured the press that all was well and that the audit was making progress -- 435 ballot boxes from a total of 23,000 have been audited in three days of work.

Comment: Dr. Abdullah's organization wants the election commission to disqualify ballot boxes that contain more ballots than the population in that voting district. Ashraf Ghani's organization appears to prefer a careful recount over an actual audit. No news outlet has reported the reason the suspension ended, but one press service said the parties still have not agreed on the disqualification criteria and what to do with the disqualified ballots. There will be more and more serious disputes as the audit progresses.

Subsequently, Iraqi special forces reportedly counterattacked and now hold the base. ISIL forces have not attacked the base for 48 hours.

Comment: Exchanges of fire are taking place in many locations, but the Tikrit battle has emerged as the current test case for both sides, which have fought over it for at least three weeks. The government has committed the best units it has. If they cannot hold Tikrit, the Baghdad government probably cannot protect Shiite shrines in Sunni precincts and stands little chance of recapturing the Sunni regions of Iraq without massive outside assistance.

ISIL militants took over a 1,600 year old Christian monastery in northern Iraq and forced the nine monks and other Christians to leave. . "You have no place here anymore, you have to leave immediately," a member of the clergy quoted the Sunni militants as telling the monastery's residents.

Christian residents from the area told the press that the monks walked several miles along a deserted road and were eventually picked up by Kurdish peshmerga fighters who drove them to Qaraqosh, a mostly Christian town.

Comment: The point is that Sunni Arabs evicted the Christians who found refuge among Sunni Kurds. ISIL seems to use religion to justify organized crime and medieval savagery.

Israel: Operation Protective Edge has resulted in 25 Israel Defense Force soldiers and 2 civilians killed and more than 570 Palestinians killed plus 3,000 wounded. An Israeli military spokesman estimated that the Palestinians have fired about 20% of the 10,000 rockets they have in storage.

Hamas broadcast that it captured one Israeli soldier but did not produce proof. That was a cause for celebration in Palestine, according to press reports.

Palestinian cabinet minister Mohammad Mustafa told the press that the losses to the Gaza Strip from the Israeli attacks initially are estimated to exceed $3 billion. The total GDP of the Gaza Strip is $1.3 billion, he said.

Comment: Israeli Prime Minister Netanyahu has been explicit that the goal of Israeli operations is not the occupation of Gaza or the overthrow of Hamas. Based on casualties and property damage, the ultimate goal appears to be to weaken Palestinian support for Hamas. There are no signs of that.

Israel will settle for a significant degradation of rocket fire. Today about 100 were fired, down from an average of 132 in the first week of the rocket firings.

Israel-Sudan: Israeli newspapers reported said that Israeli forces attacked an arms arsenal in Sudan on Friday, the 18th. One report said that the arsenal contained rockets for Hamas. Sudanese media reported an explosion at the arsenal.

Comment: This attack indicates that Israel's Operation Protective Edge incorporates an expansive understanding of the rocket threat. It also indicates that the rocket supply connection from Iran to Sudan and ultimately to Hamas remains intact.

Ukraine: Fighting broke out near the railway station in Donetsk on Monday. Separatists said the clash represented an attempt by government forces to recover the city, which is the main city of the eastern Ukrainian separatists. Five people were killed and 12 wounded.

The regime in Kyiv denied sending regular army soldiers into Donetsk. It claimed small "self-organized" pro-Ukrainian groups were fighting the pro-Russian rebels in the city.

Comment: It is difficult to take the government account at face value after almost four months of secession by the separatists in Donetsk. A special forces operation by the National Guard is more credible. Its objective would be to demoralize the separatists by fomenting distrust of neighbors as potential enemies.

Special comment: Last week, NightWatch wrote that the evidence pointed to the eastern Ukrainian separatists as responsible for shooting down the Malaysian airliner. That continues to be the case, but Readers are advised that the evidence in the public domain remains thin. For one thing, the Ukrainian army has not accounted for its Buk M1 (SA-11/SA-17) systems and units. No one seems to have asked for an accounting.

Another concern is that the video images that Ukraine has published lack context and a chain of custody. One blogger claimed that one so-called "smoking gun" video that Kyiv released had a date stamp that preceded the shoot down. Comments attributed to anonymous US intelligence sources always are hedged with qualifiers about what is believed or estimated. The US narrative is one theory of the case, not proof.

Nigeria: Before dawn on Saturday, a Boko Haram group attacked the town of Damboa in northeastern Nigeria, killing at least 46 villagers. On 21 July, Boko Haram attacked the same village while the villagers were burying their dead. Locals reported at least 100 villagers killed.

Comment: Boko Haram has attacked Damboa earlier this year. A villager said life finally had returned to normal. The village has been depopulated because all the villagers have fled.