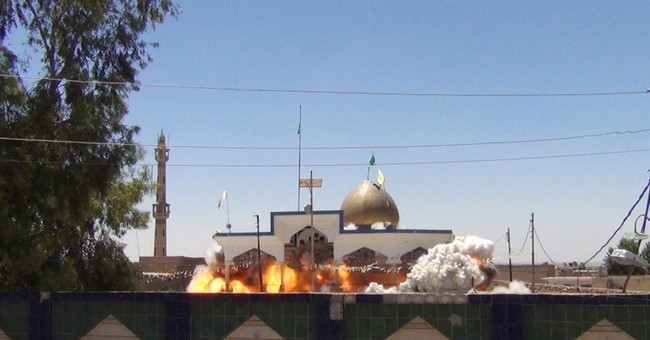 Pakistan: Concerning the North Waziristan offensive, Pakistan Army Major-General Zafarullah Khan told the press that the militant leadership remains at large and that some saw the operation coming.

One Pakistani Taliban commander, Gilaman Mehsood, said in a telephone interview with the press that the military's casualty figures were incorrect and that most Pakistani Taliban fighters have taken sanctuary in the border areas of Afghanistan.

Comment: General Khan is one of the senior commanders for the North Waziristan operations. His admission is refreshing for its candor, but the Taliban commander's statement is probably more accurate.

The Pakistan Army has no authority to operate in the tribal agencies without special permission from the President of Pakistan and without informing the federal agents and tribal leaders. In addition, the Army requires the support of locally recruited tribal paramilitary forces to make any headway.

The result is that Pakistan Army operations in the tribal agencies never have operational security. The militants from local clans and tribes always get tipped off by fellow tribesmen. Even with the best intentions, the most the Army can do is disrupt the Pakistani Taliban and make tribal life uncomfortable for a time. The UN reported more than 700,000 persons have been displaced in North Waziristan.

Clarification. Pakistan's Foreign Ministry came to China's rescue today to clarify that China respects freedom of religion and that there is no ban on fasting. The misunderstanding is that government guidelines state that religious activities should not interfere with state functions.

Iraqi Deputy Prime Minister Nourish Shades, the highest-ranking Kurdish member of the government, accused al-Maliki of trying to divert attention from his "big security fiasco." He announced that the Kurds would boycott cabinet meetings until further notice.

Comment: The boycott does not mean that the Kurds have withdrawn from the central government. They have suspended attendance by Kurdish ministers at cabinet meetings.

The Sunni rebels. Iraqi Sunni rebel factions have agreed that "each group should operate in its zone of influence," and that "the issue of unifying them under one command is currently not on the table." They also agreed that Sunni rebel groups would seek to conclude a truce with the Islamic State of Iraq and the Levant (ISIL) in order to halt infighting and to give up the ISIL demand for a pledge of allegiance.

Comment: These rebels are the tribal fighters who have risen up against the al-Maliki government. They still labor under the delusion that they can reason with the ISIL leaders. On that point, the Ba'athists have had their own awakeningand are turning on ISIL.

Ba'athist militants have started "a systematic assassination campaign" against ISIL commanders in areas under their joint control in Diyala Governorate. Some smaller tribes near Mosul also said they killed several ISIL commanders today.

Israel: During this Watch,Al Arabiya news service reported that the Israeli Minister of Defense announced the beginning of a limited land operation in Gaza. Al Arabiya is the only news service to carry this information.

Al Jazeera reported on 11 July that Israel's Intelligence Minister Yuval Steinitz told Israel Radio on Thursday that the military "will have to take over Gaza temporarily, for a few weeks." Israel has called up 20,000 reservists and has ordered 100,000 Palestinians who live near the border to vacate their homes.

Comment: On Wednesday, an Israeli official said the goal of Operation Protective Edge is not to force a ceasefire. Its goal is to destroy the rocket firing infrastructure in Gaza. The ground phase of the Operation should begin soon.

The IDF posted a progress report for Day Three of Operation Protective Edge. The Palestinians fired 192 rockets from Gaza and that Israeli aircraft attacked 210 targets. Press reports indicate 90 people have died and 600 have been wounded, all Palestinians.