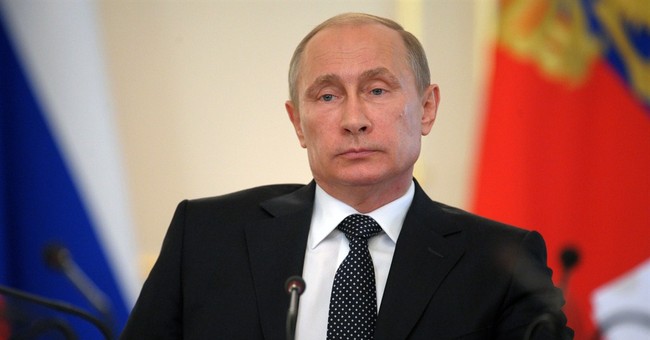 Iraq: Situation update. News sources indicate that some Iraqi government forces remain in the Baiji refinery complex, but are surrounded. Fighting also continues at Tal Afar in the northwest, where another Iraqi army unit remains.

Fighters of the Islamic State of Iraq and the Levant (ISIL) also are engaged with Kurdish militiamen south of Kirkuk.

Comment: Ultra-extreme Islamist propaganda still warns that the terrorists intend to attack Baghdad, but thus far they continue to work on consolidating the territory they claim to control. Multiple news services reported that Iraq is assembling forces and making preparations for a large counter-offensive to take back the north.

Russia: Russian President Vladimir Putin spoke with Iraqi Prime Minister al-Maliki over the phone and expressed his support for Iraq.

"Putin confirmed Russia's complete support for the efforts of the Iraqi government to speedily liberate the territory of the republic from terrorists," according to a Russian statement released after the phone call.

Comment: Longstanding Russian interests were disrupted by the US intervention. In the last three years, Putin has been rebuilding Russian ties with Iraq through arms assistance. The Iraqi helicopter gunships that are mentioned occasionally by the news media were bought from Russia last year in an arms contract worth more $4.3 billion. Iraq purchased at least 40 Russian helicopters, including Mi-28 NE Night Hunters.

The first Russian-trained Iraqi pilots, crews and technicians completed training last autumn. Without those gunships, Iraq would have little to no air power to bring against ISIL and its supporters.

Turkey: Thinking about a Kurdish state. Turkish political analysts and politicians are rethinking their longstanding hostility to the formation of an independent Kurdish state. This is a reaction to the ISIL incursion and the partial Sunni rebellion in northern Iraq.

One official said, "It has become clear for us that Iraq has practically become divided into three parts."

Comment: Kurdestan's stability has proven beneficial and profitable for Turkey. The Kurds made their second major sale of oil today. Kurdish oil is exported through Turkey. The ISIL incursion reportedly has prompted Kurdish insurgents in Turkey to return to Iraq's Kurdish autonomous region to help defend it. Iran and the Kurdish region are the only stable geo-political entities on Turkey's southern and southeastern borders.

Turkey has opposed the formation of an independent Kurdish state because Turkish leaders judged it would pose an instability threat to Turkey's Kurdish region. Now, even in Ankara, the idea of redrawing the borders of Iraq is more acceptable than it was before the ISIL incursion. A change in Turkey's policy from hostility to support of a Kurdish state would be more revolutionary than the creation of a Sunni state in Iraq.

Ukraine: Situation update. President Poroshenko ordered his forces to cease fire today and to halt military operations in eastern Ukraine for a week. This is part of Petroshenko's peace plan.

Russia immediately dismissed the peace plan, saying that it looks like an ultimatum and lacks an offer to start talks with the insurgents.

Ukrainian parliamentary speaker Oleksandr Turchynov said on 20 June that Ukrainian security forces have shut down the Ukrainian-Russian border. Petroshenko promised the border would be closed by the end of this week.

Russia: The US State Department spokesperson said that the US has information that additional tanks have been prepared for departure. The US also said it has information that Russia has accumulated artillery at a deployment site in southwest Russia, including a type of artillery utilized by Ukrainian forces but no longer in Russia's active forces.

Comment: Separatists reported that Ukrainian forces ceased firing near Slavyansk, but conditions at other cities were not clear. The purpose of the ceasefire is to allow separatists to surrender and give up their weapons.

The Russian leaders distrust Petroshenko because he refuses to talk with the separatists. Russia appears to be making preparations to provide military equipment support to the separatists that will enable them to withstand the Ukrainian offensive and compel Petroshenko to negotiate with them.

If the Russians decide to send military equipment to the separatists, Ukrainian border guards would be noimpediment.