Putin Makes it Clear: Invading Ukraine is On the Table 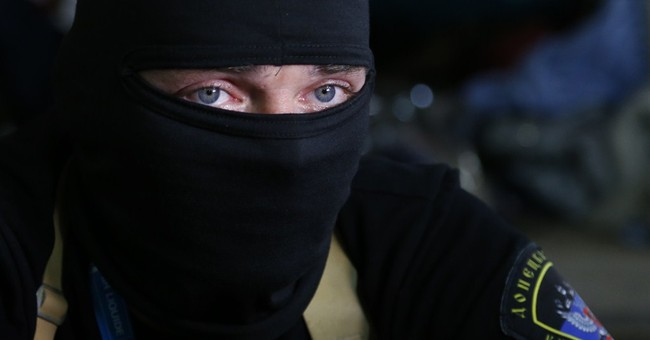 Russia: President Putin emphasized on Thursday that the upper chamber of Parliament had authorized him to use military force if necessary in eastern Ukraine, and he asserted Russia's historical claim to the territory in language not often used before. Mr. Putin repeatedly referred to eastern Ukraine as 'New Russia' - as the area north of the Black Sea was known after it was conquered by the Russian Empire in the late 1700s.

Comment: Putin's timing relative to the Geneva negotiations is exquisite. His statement serves as the backdrop to the Russian negotiating position. He made it clear that nothing done in Geneva restricts his right and responsibility to protect Russians in eastern Ukraine.

Ukraine: Kiev regime President Oleksandr Turchynov directed the Defense Ministry to disestablish the 25th Airborne Brigade. He accused its personnel of showing cowardice and of surrendering their weapons, according to the Ukrainian News Agency.

Comment: The 25th Airborne surrendered its armored vehicles and weapons because it's colonel would not direct the unit to fire on Ukrainian civilians. He said he was told the unit's mission was to fight terrorists.Turchynov has invited a revolt by the Ukrainian army.

The regime in Kiev also issued orders to its border guards that all Russian men between 16 and 60 were banned from entering Ukraine. A letter to this effect was also sent to the Russian airline Aeroflot. All Crimeans also are banned from entering Ukraine. The justification is that the Kiev regime wants to keep out "undesirable individuals" and to reduce the risk of terrorist acts.

Comment: This is the latest manifestation of the Kiev regime's compulsion to annoy the Russians and shorten its time in office by its own hands.

Russia-US-Ukraine-European Union (EU): Special Comment. International media proclaimed the news that the United States, Russia, Ukraine and the European Union reached an agreement in Geneva on Thursday evening. Russian Foreign Minister Lavrov called it the 17 April statement which he described as a compromise of sorts.

A comparison of official statements, official remarks at press conferences and six mainstream news service accounts shows that the diplomats agreed that the situation needs to be defused and buildings needed to be vacated. Beyond that, it seems the diplomats agreed on a number of vague actions that only the Kiev regime, the weakest party, has the authority to execute.

Most accounts state that illegal armed bands must give up their weapons. It is not clear which groups are illegal. Presumably the Kieve regime is supposed to disarm them, whomever they are. For example, the pro-Russia activists identify themselves as self-defense forces, not illegal armed bands. Russia judges that the entire regime in Kiev is illegal.

In Kiev, Right Sector is armed; is prominent in the security apparatus, and is supposed to be an unarmed political movement. No one in Kiev can disarm them. They are among the ultra-nationalists who rejected the 21 February agreement reached by the same set of diplomats. They show no disposition to surrender their power in Kiev. If anything, the regime might need to call on them to try to disarm the militias in the east.

The US position apparently is that all armed people occupying buildings are illegal armed bands. That is not the position of Russia or the eastern Ukrainians who set up their own regime, they say, just like the people in Kiev did.

As for vacating buildings, the Russians apparently approve the language that buildings illegally occupied need to be vacated. That is not the language the US Secretary of State used. It is unclear the two men meant the same thing. Other accounts state that those who occupied buildings must vacate the buildings and surrender their weapons. That is not what Lavrov said.

Some news services have reported that the document requires the Kiev regime to consider granting amnesty to pro-Russian activists. The Kiev regime also supposedly will consider giving greater autonomy to eastern Ukrainian oblasts.

The US President indicated he had reservations that Russia will live up to its commitments, but the actions reported in the press are the responsibility of the regime in Kiev. That is what Lavrov meant when he said that this problem must be solved by the Ukrainians. He also made it clear that the Russians only agreed on the need for steps to be taken.

The terms that have been released to the media require nothing from Russia, the US or the European Union. The West is not listening to Lavrov and apparently does not appreciate that the Russians have trapped the west and the Kiev regime again.

First, this document is even less binding than the 21 February agreement by the same diplomats that the Ukrainian regime and the West failed to implement. Secondly, the Kiev regime showed this week that it has no ability to do the things agreed in the document. It has no power to compel the eastern Ukrainians to disarm or to abide by the document.

Just as Right Sector in Kiev rejected the 21 February agreement for a national unity government and the West did nothing about it, there is every reason to expect the regime in Donetsk will reject this document and Russia will do nothing about it. Thus, the tables are turned once again.

Russian Foreign Minister Sergei Lavrov said. "We have approved the document - this is the Geneva statement of April 17, in which we agree with the necessity to take initial, certain steps to de-escalate tension and have security for all Ukrainian citizens."

Lavrov chose his words carefully. Apparently he did not take this to be a substantive negotiation. The absence of mention of Russian as a second language and of greater autonomy for the eastern Ukraine means the Russians considered today's talks preliminary and about the need to take action. The US has portrayed it as an action plan.

In his press conference, Lavrov pointed out that Ukraine must be neutral. It passed a law to that effect some years ago. It cannot join NATO according to Ukrainian law. Lavrov said the US did not agree to that.

In sum, the major parties once again used the same words, but meant entirely different things. There is no agreement because there was no meeting of the minds. As Lavrov said, he approved a document, words on paper.

End of NightWatch for 17 April.