What Now for Ukraine Economy -- Bailout? 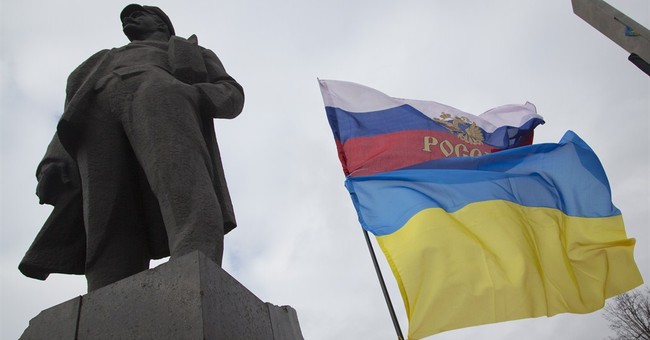 Comment: The minor provocation somehow seems to be the North's response to the onset of annual Allied training, both occurring during family reunions. The symmetry lies in that neither side could prevent the other's action.

Thailand: Army chief General Prayuth Chan-ocha on Monday strongly urged all conflicting parties to end the political crisis through talks. ''I strongly hope to see the problem resolved by peaceful means and to see no more conflict,'' General Prayuth said in a statement he read on the army television station.

''What will be urgently undertaken is to see that all sides hold talks to prevent further violence that would severely damage the country," he added.

Comment: General Prayuth's statement appears to be in response to a surge in politically motivated bombings in the past four days against anti-government rallies. He said that the army, police and civil servants are not taking sides, but promised the attackers would not go free.

Analyses in two prominent Thai newspapers interpreted the General as providing assurance that there would be no military takeover of government. Events in the Ukraine, however, have shown that army refusal to take action in defense of a duly elected government can be a trigger for its overthrow, but not by the army.

In past political crises, the Royal Thai Army Commander-in-chief has been widely understood to have channeled the preferences of the monarchy. Assuming that to be the case this time, the message behind Prayuth's statement is that the monarchy has decided that unless a peaceful settlement is arranged, the Yingluck Shinawatra government can expect no help from the army, the police or civil servants in controlling the anti-government opposition.

Prayuth's inclusion of the police in his statement would seem to be beyond the scope of his authority unless he spoke on behalf of the royal palace. Prayuth posted a similar warning in early January on his Facebook page.

Under present conditions, no matter how many elections are held and how many times Yingluck's party wins them, electoral victories are no safeguard against mob action to overthrow the government if the mob and its financiers do not like the government's policies and the army decides to "take no sides."

Pakistan - Saudi Arabia: The initial features of a bilateral strategic security and defense agreement between Pakistan and Saudi Arabia have been agreed upon, according to unconfirmed sources.

Under the agreement, Pakistan reportedly will provide all possible support to the Saudi army for defense of Saudi soil in any case of foreign aggression. Rumors in Pakistan report that two Pakistan Army divisions will be designated for deployment to Saudi Arabia on short notice.

As to arms sales, Saudi Arabia is interested in purchasing from Pakistan 50 JF-Thunder 17 and 20 other modern aircraft and 80 Al Khalid tanks - all built in Pakistan. Saudi Arabia also has expressed interest in purchasing light tactical weapons and missile technology.

Saudi Arabia reportedly will invest in Pakistan's defense industries and will use its influence to facilitate the sale of Pakistani defense products, tools, equipment and technical skills in the markets of the Middle East.

Saudi Arabia reportedly intends to seek technical assistance from China and Pakistan for establishing a modern aviation industry in Saudi Arabia. Pakistani aeronautical engineers, technicians and other staff will work jointly with Saudis and Chinese technicians and advisors.

Comment: No officials have confirmed the agreement, but the Pakistani defense media have been buzzing for weeks about it. If the reports of a strategic defense agreement are even partly accurate, then Iran now must represent a close second to India as the "enemy" in Pakistani strategic military planning. That might be good news for stability in South Asia, at least.

In principle, this reported agreement might be understood as the next stage in a longstanding, less formal security arrangement between Pakistan and Saudi Arabia. In the past, Pakistan deployed entire units, up to brigade echelon, for Saudi security. In return, concessional Saudi oil sales prevented Pakistan from simply grinding to a halt.

In fact the agreement appears to represent a strategic shift in several senses. First, it is the next stage -- after large US arms purchases -- in Saudi Arabia's preparations for an eventual war against Shiite Islam, backed by Iran. Saudi Arabia has made major purchases of US anti-tank weapons that far exceed the manpower of Saudi forces. This report suggests Pakistani soldiers will fire them.

Second, Saudi Arabia is reducing its reliance on the US for its defense and is diversifying its weapons sources. Saudi Arabia could be the place where Pakistani soldiers integrate the best of US and Chinese weapons in a religious fight to defend the Saudi Kingdom against the Shiites.

Third, for the US, the agreement indicates regional powers are making their own security arrangements.

Finally, it also implies that a major ground war could occur between Saudi Arabia and its Sunni allies against Iran and its Shiite allies. It would affect the US in many ways on many levels. The US might not be consulted nor be capable of providing much military assistance.

What is ironic is that China would be in the catbird's seat because it would be arming both sides in such a fight. That means China might be more important in influencing the outcome of such a confrontation than the US, for the first time.

Ukraine: Apparently the first order of business today was for the Finance Ministry to appeal to its new benefactors in the West for $35 billion in loans over the next two years to avoid a Ukrainian default.

Comment: The Financial Times has published a series of insightful articles on the state of Ukraine's economy and its economic overlords, called oligarchs. While on the surface the Kyiv struggle is being described as a fight for freedom and rights, there is a significant incongruity in the overthrow of a government primarily over a suspended economic agreement.

Some Ukrainian billionaires, probably including Yulia Tymoshenko, apparently expect to get richer from the government overthrow. Some were major financiers of the unrest. But Ukraine remains insolvent, unable to pay its bills as they come due. There has been no revolution in Ukraine, just a reshuffling of the political sinecures, at last thus far.

Ukraine - Russia: Russian Foreign Minister Lavrov said on 24 February that Russia sees no possibility of military intervention in Ukraine. The Russians have suspended their aid offer, however, and are pleased to let the Europeans finance a nearly bankrupt Ukraine. Russian media is increasingly harsh in criticizing the Ukrainian regime.

Egypt: The entire Egyptian cabinet resigned today without warning, including Defense Minister Field Marshal Abdel Fattah al-Sisi. Virtually all analysts judged that the resignation was meant to pave the way for a presidential candidacy announcement by Field Marshal al-Sisi, which supposedly will occur by 27 February.

Uganda reportedly is considering sending troops to CAR, now that a portion of its forces are withdrawing from South Sudan.

Comment: The French military mission in CAR apparently is limited to protecting French and other foreign citizens and a few key places. The African Union peacekeepers are apparently irrelevant. Nevertheless, the UN has called for 3,000 more military peacekeepers to be sent to CAR.

Ethnic cleansing probably is not taking place. The large scale murders appear to be based on religion but that probably coincides with tribal affiliation. The Christian militias appear to be killing Muslims regardless of tribe.

The mainly Christian Ugandan soldiers would serve as a counterweight to the mainly Muslim Chadian peacekeepers, whom the CAR Christians apparently despise.