A Word of Explanation About Worldwide Protests 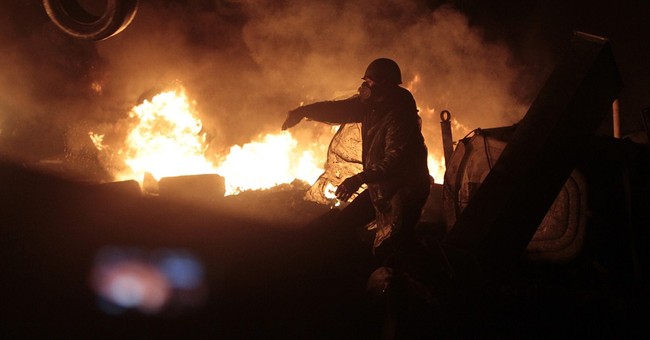 Special NightWatch Comment: Recent subscribers are urged to remember that NightWatch is a threat commentary, not a news commentary. Nightly selection of items depends on a structured analysis of threat indicators, derived from more than 100 years of collective experience studying threats to the US. In that respect, NightWatch is unique.

NightWatch has received several unusually sharp, negative comments about recent, brief comments on Thailand and Ukraine. It is clear from the comments that some Readers do not understand the purpose of NightWatch as a threat commentary, as stated above.

For example, political unrest in Thailand is sometimes sensational news, but contains no threat to US strategic interests. Thailand is stable because the monarchy remains politically dominant and is, thus far, capable of defending its position of preeminence against populist political movements, embodied by the two Shinawatra governments.

Yingluck Shinawatra's government probably will have to resign, but that would be a testament to the underlying durability of the monarchical/oriental despotic system in Thailand.

The NightWatch working hypothesis is that even violent unrest in Bangkok does not signify revolution or basic change of government. Thailand is a stable living system.

The recent unrest in Ukraine is primarily a new manifestation of the NATO/Western European decades old plan to expand eastward and poach in the Russian sphere of influence. Most of the Warsaw Pact countries and all three Baltic countries joined NATO as part of this eastward expansion program whose strategic purpose always was to contain Russia. NATO leaders targeted Georgia and Ukraine for membership as well.

The Russians drew the line on NATO expansion at Georgia and Ukraine. In Georgia in 2008, Russian military forces fractured Georgia by enabling the secession of Abkhazia and South Ossetia.

In Ukraine, after the tenure of former President Viktor Yushchenko and the election campaign of Yulia Tymoshenko, a plurality of Ukrainians voted in favor of Russia. The Ukrainian presidential elections in 2010 that brought the Russian favorite Yanukovych back to power were judged fair by international observers. The outcome was not the outcome the US and Western Europe expected.

Despite the election outcome, which some still dispute, the Western Europeans, with US backing, have again been trying to wrest Ukraine from the Russian aegis by encouraging the protestors. The US and other Western European leaders -- French PresidentHollande for example -- have blamed the Ukraine government for the violence, including the fires in Kiev that the protestors admitted they started.

The protestors' prospects for forcing the government to resign appear slim, despite sensational western TV imagery. The country is divided over policy, but it is not unstable. The question that never seems to get asked or answered is who has been financing abnd providing sustainment for the anti-government demonstrators during the past two months.

The Yanukovych government has acted with restraint, compared to Soviet practice, relying on police forces to control demonstrations, most likely to avoid diverting attention from Russia's "coming out" event -- the Olympics in Sochi. Ukrainian crackdowns can be, and probably will be, much more severe after the Olympics.

Nevertheless, developments in Ukraine pose no threat to US strategic interests. NATO and the West have overreached. In 2008, Medvedev, as Russian President, articulated the new Russian doctrine of sphere of influence. The Russians consider Ukraine as part of that sphere of influence. Some entities in the West have chosen to challenge the Russian sphere, but with no ability, promise or authority to provide practical support to the activists and no will to confront Russia.

Ukraine is a bifurcated living system, but its instability poses no threat to the US.

Finally, NightWatch invites feedback, positive and negative, based on substantive insights and comments. However, insulting or offensive language is not tolerated.