Topics that are Off-Limits For the Iran Nuclear Talks: Nuclear Weaponry 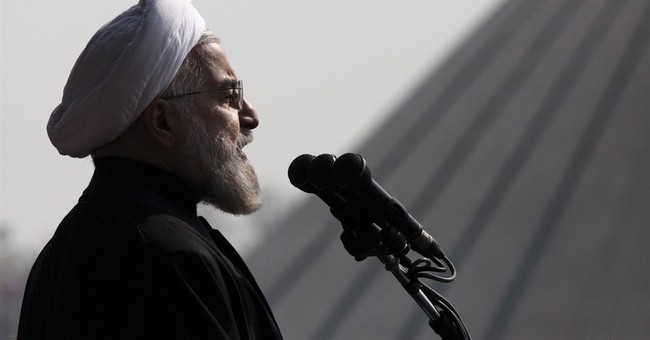 The "Key Resolve" command post exercise will run from 24 February to 6 March. The "Foal Eagle" field training exercise will continue until 18 April.

"Key Resolve" will involve 5,200 US military personnel, including 1,110 overseas reinforcements - an increase of 1,700 soldiers from last year.

Military strength for the "Foal Eagle" exercise is set to decrease this year. Of the 7,500 expected participants, 5,100 of this number will arrive from abroad.

Comment: The North Koreans at Panmunjom made no comment. North Korea did cancel a visit by a US official who reportedly was to visit Kenneth Bae, an American in North Korean custody. Last week, the National Defense Commission denounced the training as a threat to reconciliation gestures

On the other hand, former US ambassador to the Republic of Korea Donald Gregg and his team from the Pacific Century Institute arrived in Pyongyang. The North did not state the purpose of Gregg's visit but the North has a longstanding practice of using indirect channels and trusted proxies to communicate with the US to supplement or bypass official channels.

Kaesong update. The two Koreas reached agreement on the use of Internet services within the Kaesong Industrial Complex (KIC), the South Korean Ministry of Unification reported today.

An inter-Korean committee charged with discussing matters of passage, communications and customs related to the KIC reached the agreement on the 7th, which includes issues pertaining to connectivity, service provision routes, security measures and user verification.

The first step to full connectivity will be the creation of an "Internet cafe" within the existing KIC support center. This will contain 20 computers. Thereafter, individual companies are set to receive full connectivity to their offices.

"We are planning to launch the basic level of Internet services at the Kaesong Industrial Complex starting in the first half of this year," a spokesperson explained. "Officials and employees in the North's border city will be able to use most of the online services now available in South Korea."

The spokesperson went on to add that the move to deliver Internet provision within the KIC is intended to "enhance efficiency, cut costs and guarantee security." The lack of Internet provision is rumored to be one of the stumbling blocks to significant outside investment in the KIC.

The two sides did not reach agreement on the subject of cellular telephone usage during the latest meeting.

Comment: After a slight increase in openness, North Korea is once again a focus of American attention. Family reunions, a breakthrough on internet service at Kaesong and the Gregg visit offer the prospect of more cooperative and productive relations. These are the carrots.

None appear directed at China, interestingly. The absence of high level visits to or from China tends to reinforce the thesis that Chang Sung-taek's management of Chinese economic dealings was an important factor in his execution.

On the other hand, there is the stick. The stick is embodied in repeated warnings by senior officials and agencies about the negative impact that Allied exercises will have on reunification moves and outreach. The more North Korea lures the South into high profile and expensive initiatives supporting more benign relations, the greater will be the cost when the North applies the stick of terminating these actions because of the exercises.

The fundamental problem with all North Korean charm offensives is that the North never has to invest anything as a surety of semi-permanence. The South pays all the bills and incurs all the accusations of bad faith and having a hostile attitude.

The dates for the start of Allied training are the benchmarks for determining whether this time the North has made a change from its past behavior. The threats from the National Defense Commission are the strongest evidence that the charm offensive will not last and the South will pay the price of the North's deceit.

Iran: In anticipation of the second round of nuclear talks on 18 February, Iranian leaders have clarified the boundaries of those talks. On Monday, Deputy Foreign Minister Abbas Araqchi, who also is a senior nuclear negotiator, said "defence-related issues are a red line for Iran" and that Tehran "will not allow such issues to be discussed in future talks." He said Iran will not discuss its ballistic missile program during negotiations with world powers.

Another Iranian nuclear negotiator, Majid Takhte Ravanchi, on Monday reiterated Iran would not accept the closure of "any of its nuclear sites." Finally, Supreme leader Ayatollah Ali Khamenei, who has the final say on key state matters, "has said that Iran should not give up its right to enrich (uranium) to 20 percent."

Comment: Missiles, nuclear-related sites and enrichment constitute the trinity of non-negotiable issues. When Iran explains why it purchased a firing unit of BM-25 nuclear warhead-carrying missiles and launchers from North Korea in 2005, according to the George C. Marshal and Claremont Institutes, then its assurances about nuclear weapons development will have more credibility. For now that topic is still an Iranian "red line."

Iran-US: Iran announced that a two-ship task group - a 45-year old destroyer and a 37-year old support ship -- is in the Atlantic Ocean and heading for the maritime border of the US. The Iranian admiral who announced the trip assured listeners that this move has a "message."

Comment: The safe arrival of these two ships at Bandar Abbas without breakdowns will be a message worth noting. The rest is farce.

Yemen: For the record. Yemen has agreed to convert the country from a unitary structure to a federation comprising six regions. The regions include two in the south and four in the north, the officialSabanews service reported today, citing a decision made after a meeting led by President Hadi whose purpose was to find a mechanism for ending internal fighting.

Comment: This development potentially has enormous significance as a solution to chronic instability in failing countries with unitary governments. The late and brilliant Afghan expert Louis Dupree years ago proposed a federal or confederal system for Afghanistan as the only way to manage tribal unrest and deflect it from Kabul. That solution was not adopted by the US.

The value of a federal system is that it puts a layer of semi-autonomous self-government and locally recruited security forces between the center and the restive tribes in each region. The regional government elected within the region or state becomes the focus for discontent. That provides leverage to the central government to step in as a more or less honest broker to solve problems and can relieve the drain on national security forces.

A federal solution that created the Kurdish autonomous region in Iraq effectively ended a longstanding Kurdish rebellion against Baghdad. The terms for federation, especially the financial arrangements, might be difficult to negotiate, but the benefits for security are best illustrated by conditions in Iraq, comparing conditions in semi-autonomous Kurdistan with those in Sunni-dominant Anbar Governate which remains part of the unitary national structure.

Yemen might be too poor for this idea to work well or easily, but the current state structure breeds insurrection that is invariably focused on the capital, Sana'a, with no buffers.

Syria: For the record. A third shipment of chemical weapons material left Syria on Monday. The joint United Nations-Organization for the Prohibition of Chemical Weapons (OPCW) mission did not give details about the shipment, but said it left on a Norwegian cargo ship, escorted by naval ships from four countries.

South Sudan: South Sudan rebels on Monday threatened to stall peace talks aimed at permanently ending their insurrection. They demanded the release of those detainees who remain in custody and the withdrawal of foreign troops, namely Ugandans. As a result, a new round of negotiations has been postponed.

Comment: The two major demands of the rebels would help create conditions for them to continue rebellion with a greater prospect of success. They seem to have no other goals than for the government to let them fight again later so they can try to overthrow it again.

The Ugandans might withdraw, but the lesson of the past two months is that they can return whenever South Sudan President Salva Kiir asks and/or Ugandan President Museveni decides.

Central African Republic - European Union (EU): Update. EU foreign ministers on Monday formally approved an EU military mission of 500 soldiers to the Central African Republic. The 'absolute priority is to protect the civilian population from any further violence ... and to make sure that humanitarian aid can be provided,' EU foreign affairs chief Catherine Ashton said."

Comment: The EU has operated in CAR before. This mission appears to be similar to the EU mission to Chad and the CAR (EUFOR Tchad/RCA) that the UN Security Council authorized in 2007. It was transferred to the UN in 2009. Its mission statement is nearly identical, except that the earlier EU area of operations was only in northeastern CAR. This force will operate wherever needed.

The initial request was for 1,000 soldiers to assist the French and African Union peacekeepers. Peacekeeping fatigue might be responsible for the smaller contingent.

News services over the weekend reported continuing street killings, mostly by Christian militias, forcing Muslim communities to flee to Chad and Cameroon. The commander of the French contingent denounced the Christian militias as the greatest threat to security. The French appear to be way over their head.