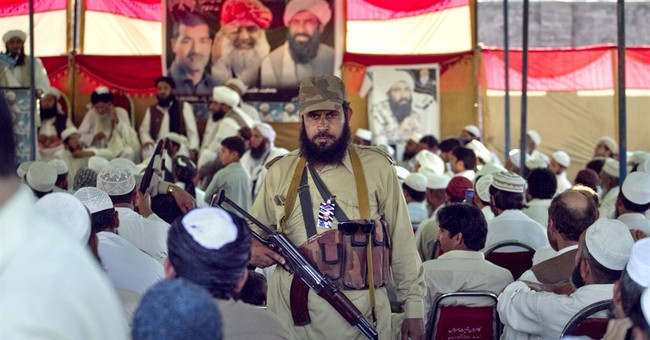 India-Jammu and Kashmir State: Twelve persons, including a Lieutenant Colonel, died in two militant attacks on police and Army formations in two southern districts of Jammu and Kashmir on Thursday.

Deputy Inspector General of Police, Jammu-Kathua range, Shakeel Beg told the press that four men of the J&K police, three Army personnel, including the second-in-command of 16 Cavalry Regiment, and two civilians were killed. Security forces killed the three militants in gunfights. Four helicopters and some tanks were for the first time used in the manhunt.

Comment: One news service reported that only two suicide attacks have occurred in the Jammu area in the past ten years. One in 2008 killed four people. The second in 2002 killed 32 people and is considered one of the most serious attacks on record in the state.

Indian analysts judge that the two attacks were aimed at disrupting the peace process between India and Pakistan. What is distinctive about the attacks is that the attackers infiltrated across the international border, far south of the normal operating areas along the Line of Control to take advantage of the laxer security conditions.

The attackers also managed to get through the extensive and in-depth fences that India has built along the border. They had to have had assistance on both sides of the international border to infiltrate undetected This attack will reinforce hardline Indian nationalists in their conviction that the Pakistanis cannot be trusted to control their side of the border.

Kenya: Update. Al-Shabaab gunmen attacked a Kenyan police compound near the Somali border and a market in the southern Kenyan town of Wajir, leaving 3 dead and 7 wounded.

Comment: Kenya analysts report that cross border attacks are common. This received attention mainly because it occurred so soon after the mall attack in Nairobi. Both shooting incidents were drive by primitive attacks.

Sudan: At least 29 people have been killed in three days of rioting in Khartoum, Omdurman and other towns. Sudan's access to the internet was almost completely cut off. Cars, shops, gas stations and banks were burned. The government called out army units to restore order on Thursday.

The rioting began on Sunday when the government began to implement its decision to end fuel subsidies as part of its austerity program. A near immediate doubling of fuel prices has led to higher prices of flour, cooking oil and food.

The riots quickly turned political, resulting in calls for the ouster of President Omar al-Bashir.

Comment: The progression from rioting over economic grievances to political challenges follows the pattern of all the states that experienced the so-called Arab spring. Riots almost always follow the lifting of subsidies. Governments that pursue austerity measures without careful planning tend to bring themselves down.

Bashir is not vulnerable to overthrow at this point. The main reasons are that the security forces remain responsive and the rioters only challenge civil order, not political authority. But that can change under severe economic stress.

Nouri Mohammad al-Qouizi was named as the president of the province, according to Libyan media reports. Local tribal leaders said a military chief would later be appointed to protect the region's borders and its natural resources.

The tribal leaders said they took the decision because of the "weak performance of the General National Congress and the lack of response to the demands of the Libyan people in Fezzan."

Comment: This is the second region of Libya to declare itself an autonomous federal province. Cyrenaica, whose capital is Benghazi, did it last month. The declarations make the northwest region, known as Tripolitania, de facto an autonomous province.

Libya has fragmented, similar to but not quite as finally as Somalia. Fragmentation increases the risk that lslamic militants will be able to establish bases because large regions will be ungoverned.