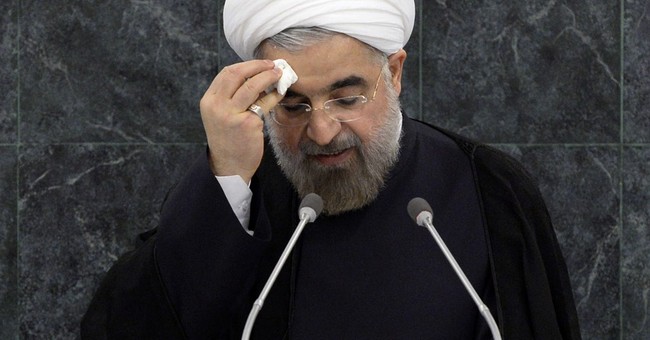 Iran-US: President Rouhani declined to meet with the US President because of Iranian domestic political considerations.

Comment: The significance is that the Iranian snubbed the American before the American reportedly decided whether to meet the Iranian. This resonates little in the US, but in the Middle East, Asia and Africa, this is a bold action.

The image of the soft-spoken, conciliatory Iranian president who had no time for the American president conveys the illusion of a shift in strategic polarity. The imagery is an illusion, but Iran won the propaganda advantage.

It is typical of the Persians who consider themselves the superiors of any Westerners or Arabs by dint of longevity and history.

Syria-UN: Syria's disclosures to the Organization for the Prohibition of Chemical Weapons (OPCW) reportedly have exceeded US government expectations. However, they are consistent with the statements by Syrian President Asad. Unidentified US officials have described the Syrian list as surprisingly complete.

Comment: The Syrian disclosures, as described by US officials, suggest that Syrian chemical weapons have remained under strict military control, which is what Asad said. If that proves to be the case, the burden of proof shifts to the rebels.

NightWatch is brought to readers by Kforce Government Solutions, Inc. (KGS), a leader in government problem-solving, Data Confidence® and intelligence. Views and opinions expressed in NightWatch are solely those of the author, and do not necessarily represent those of KGS, its management, or affiliates.