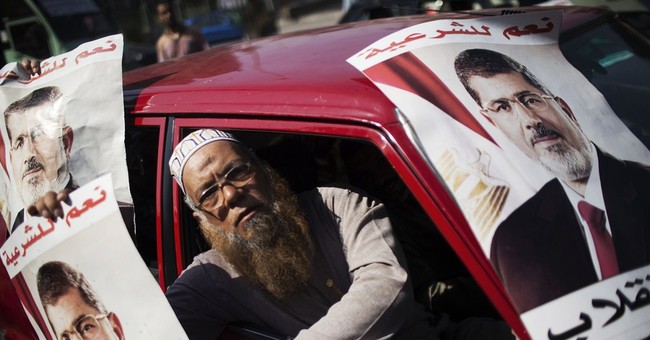 South Korea - North Korea: North Korea has not responded to South Korea's final offer to resume talks on normalizing operations at the Kaesong industrial complex. On 4 August, South Korea inquired whether the North intended to respond, but got no response.

Comment: The North's position is that operations should restart immediately without conditions. The South wants a guarantee that the North will not suspend operations again, even during periods of tension. The North's position makes good short term business sense. Its tactic apparently is to rely on the South Korean businessmen to become impatient with continuing short term losses and to exert pressure on the Park government to relent so as to avoid permanent losses.

South Korean business interests have delivered petitions independently to North Korea, but those also have received no response. However, they probably encourage the North to persist in its tactics to wait out the South Korean government.

Turkey: A special court in Istanbul on Monday sentenced at least 10 defendants out of 275, including a former army chief of staff, to life in prison for their role in a secret organization known as Ergenekon that allegedly plotted a military coup to overthrow the government of Prime Minister Erdogan. The court acquitted 17 defendants.

In the Ergenekon case, the Turkish government accused the so-called "deep state" of conspiring to cause social unrest which would then provoke a military coup. The court has now largely agreed with the government's argument.

Among those convicted is General Ilker Basbug, who led the military between 2008 and 2010. At least five generals have been jailed for life in the most extensive judicial action against the Turkish military leadership in over a century.

Comment: The investigation of senior Turkish military officers began formally in 2007, but rumors and reports of a secret military and security cabal, referred to as the "deep state", pre-dated the investigation by decades. Its members are said to include senior military officers, business leaders and ultra-nationalists. The political ascendancy of the pro-Islamist Justice and Development Party culminating in more than ten years in office has sharpened a clash of power interests based on different themes in Turkish history and culture.

The deep state interests reportedly are the beneficiaries and one-time keepers of the secular legacy of Ataturk after the overthrow of the Ottoman Empire. The Islamist tendencies that Erdogan's Justice and Development Party (AKP) government has exploited pre-date Ataturk and are rooted in Turkish Islam. Erdogan and his cohorts have leveraged fundamentalist sentiment in rural Turkey into successive election victories that empowered the government to challenge the Turkish armed forces and their role as protector of the Ataturk legacy.

Turkey's application to join the European Union assisted in Erdogan's steady erosion of the political power of secular interests and the military because one important condition is that the army must be apolitical. The process has taken over a decade and involved many arcane deals and betrayals, some allegedly involving US entities and NATO. The outcome has been a steady streak of advances for Erdogan and the Islamists. The convictions proclaim the victory of political Islam in Turkey over the armed forces and secular interests.

Egypt: Reuters reported that Islamist allies of Mohamed Mursi secretly are discussing a face-saving deal in which Mursi might be released from detention and allowed to officially 'resign' his position. Variations of the rumor include inviting the Muslim Brotherhood to hold up to three cabinet positions and release of Brotherhood members held in custody.

Comment: An advisor to President al Mansour denied the reports, but diplomacy is in progress to seek an end to the Brotherhood sit-ins. The description of the initiatives and the direction of movement suggest the Brothers are trying to get the best deal they can negotiate.

That inference indicates the Army breakout is succeeding. The Brotherhood's intransigence backfired and the effectiveness of its resistance is declining. That does not mean to imply that demonstrations have ended. It does mean to imply that for now they are increasingly ineffectual.

Tunisia: Police used batons and tear gas against protesters who tried to break into local government offices in the centre-west city of Sidi Bouzid, which is the cradle of the 2011 revolution. A journalist said security forces also fired warning shots to disperse several dozen people demonstrating against what they called the incompetence of the local governor.

The leader of the Ennahda party, which leads the governing coalition, floated a proposal for a referendum on ending or replacing so-called "transition process" that Ennahda leads. Ennahda leader Rachid Ghannouchi warned that the opposition would not be permitted to topple the government.

Comment: Ennahda is attempting to co-opt the opposition into conforming to the Ennahda party's solution to the political crisis, which features daily anti-government demonstrations. Ennahda's leaders remain concerned about an Egyptian-style counter-revolution in Turkey, with good reason. Ennahda has failed to deliver on its promises of reform and economic improvement; failed to draft a constitution in two years and has failed to solve two high profile murders of key opposition leaders.