Time for a Separation of Science and State 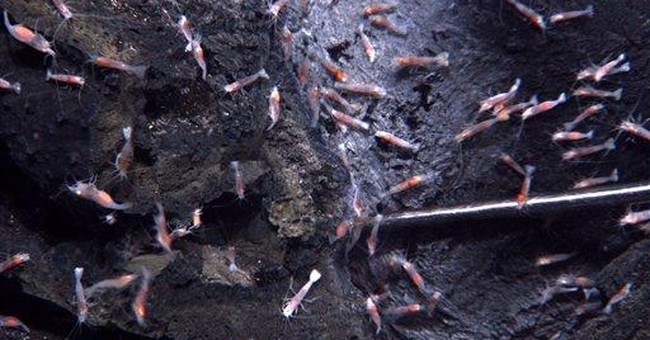 While many people take for granted the fact that it is dangerous to use articles of faith as the basis for public policy, we often fail to realize that science too represents an extremely dodgy justification for law. With a population that is often willing to unquestioningly defer to the “experts” on matters they feel are above their pay grade, the governed run the risk of empowering legislators to pass law that is just as much a product of faith as anything that can be found in your local church or synagogue.

Policies based on “scientific fact” have a history of being more than just problematic, as with the veneer of absolute truth behind them they have oftentimes been downright irrational. This historic record should act as a guide to our current political occupation with anthropogenic global warming.

Arguably, scientific fact changes more rapidly than religious dogma. What was undeniable truth one day might be discovered to be quackery the next. The most glaring example of this in the 20th century is the science of eugenics.

The science of eugenics insisted that the human gene pool was being polluted by various undesirable races and threatened to lead to the degeneration of the human species into a collection of feeble minded individuals. So popular was this science that it spawned no less than three Global conferences with attendees included scientific and political heavyweights of the time.

When eugenics took the form of government policy, it did so in a frightening way. Take for example the case of the Racial Integrity Act (RIA). In the name of fighting off the inevitability of human degeneracy that would occur if people were left to breed uncontrolled, the state of Virginia passed the RIA in 1924. This law allowed the state powers that today would cause us to recoil in horror. These powers included forced sterilizations, and the banning of intermarriage between minorities and whites.

When brought before the Supreme Court, the law was upheld. Justice Oliver Wendell Holmes Jr. wrote in the ruling:

It is better for all the world, if instead of waiting to execute degenerate offspring for crime, or to let them starve for their imbecility, society can prevent those who are manifestly unfit from continuing their kind. The principle that sustains compulsory vaccination is broad enough to cover cutting the Fallopian tubes.

In other words, of course the law is constitutional, it’s based in science. Justice Holmes famously concluded the opinion by declaring that, “Three generations of imbeciles are enough.”

When eugenics reached its final barbaric but logical realization in the death camps of the Nazis, the science rapidly fell out of favor both politically and scientifically. Despite this fact, The RIA and similar legislation in a number of other states continued their existences long after eugenics hat been relegated to the scientific trash bin, with forced sterilizations occurring as late as the late 1970’s.

Science lent its legitimacy to policies that were used to violate individual rights on a scale that should terrify anyone. Individuals and their rights were sacrificed on the altar of what at one time appeared to be reason.

Once again, we are beset by a group of people who are insisting that the science is settled and unquestionable. Policy, they argue, must reflect this absolute truth. The problem with this is that the very idea of unquestionable science makes it no different than faith. Any scientist will tell you that the only way scientific progress even occurs is if science is constantly and rigorously questioned.

Despite growing evidence of scientific deficiencies in their theories, leaders in the fields of politics and science have gathered to discuss and attempt to implement draconian laws meant to combat what they insist are inevitable dire consequences of free people and free markets left to their own devices.

In our names, far reaching measures are being concocted that entail the confiscation of our private property and the redistribution of trillions of dollars through a massive global bureaucracy. The similarities between the age of eugenics and climate change are startling, right down to the fact that discussion of population control is once again in vogue.

Even if anthropogenic global warming is proven to be complete bogus, its boosters will continue to hold onto it for dear life as the vast amounts of capital, both political and financial, that they’ve expended require that they do so. It’s time to take science out of the realm of politics and return it to its rightful place.