Never Sleep With Pigs, You Get Dirty and the Pigs Enjoy It 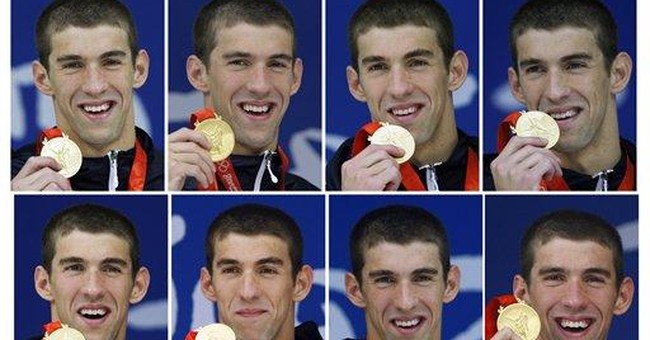 Like millions of other Americans, I have contributed copious amounts patriotic energy and a good deal of couch-potato time to observing every minute of Olympic coverage offered by NBC and its various progeny—including, of course, the advertisements produced by numerous sponsors.

In my opinion, Exxon-Mobil deserves a medal for its decision to use advertising time to focus the world’s attention on the malaria pandemic that kills one-million children each year, and the company’s efforts to fight the disease. Here is a corporation doing the right thing because it benefits its employees (many in Africa), customers and shareholders—not because some activist group has threatened to protest.

The only thing missing from Exxon-Mobil’s television ad is an acknowledgement that many of the children who died of malaria in the past would still be alive today were it not for the lobbying efforts of radical activist groups who succeeded in denying DDT and other pesticides to poor people who live in mosquito-infested areas of the world.

Under the guise of Corporate Social Responsibility, these same groups demand that companies embrace their socialist political agenda. Fact is, they deserve a massive dose of “shame on you” from the world community. However, unless you are Michael Phelps, do not hold your breath! The news media and the current crop of global politicians are too busy kissing the activists’ self-righteous, ignominious butts to pay attention to the damage done to real people by these world-class Nannies.

A classic example of companies being subjected to the activist group whipsaw occurred on August 19th when the self-proclaimed Human Rights Watch (HRW) organization attacked Olympic corporate sponsors such as McDonalds, Coca-Cola and Panasonic for disregarding human rights abuses in China.

“Being a good corporate sponsor of the Beijing Games has sadly not meant being a good corporate citizen,” twittered Sophie Richardson, HRW spokesnannie. Clearly, Ronald McDonald failed the Corporate Social Responsibility litmus test by not impaling himself pole vault-style in Tiennanmen Square. Perhaps Coca-Cola should have DQed all of its operations in China—putting thousands out of work—in protest over the treatment of Tibet. Possibly Panasonic should have stopped exporting DVD players to the Peoples Republic making it impossible for Politburo members to watch their Netflix selections. That would teach ‘em a lesson.

Maybe Sophie Richardson and her colleagues at Human Rights Watch should jump out of their Jacuzzis, travel to Beijing and practice what they preach at the gates of the Forbidden City. I am sure the Chinese would roll out the welcome mat. Until the environmental and social activists back up their words with meaningful actions, they should stop exploiting the Olympics and its sponsors for cheap political stunts.

Little wonder there are signs that business executives are tiring of the corporate socialism movement. On the same day that Human Rights Watch issued its whine-a-tribe about the Beijing sponsors, British athletes discovered that they face a £100m funding shortfall for the 2012 Games “after government attempts to appeal to employers’ sense of corporate social responsibility fell on deaf ears.”

Perhaps the next time the British government approaches business people for Olympic cash, the message will be devoid of socialist clap-trap. A simple “our athletes need your help” will likely produce positive results. And, maybe the next time some American business executive contemplates getting in bed with the corporate socialism crowd, he or she will remember that old Asian proverb that goes something like this: “Never sleep with the pigs, you get dirty and the pigs enjoy it.”