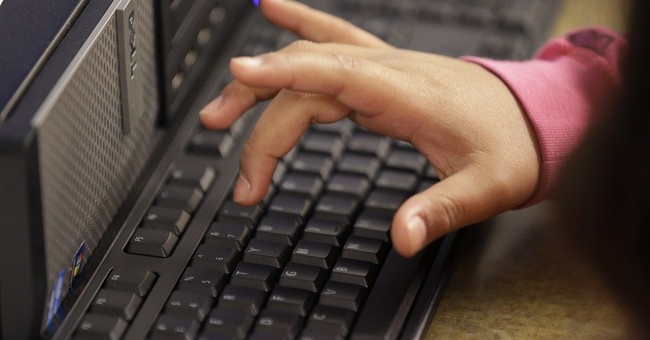 An alliance of free-market conservatives is building support for a bill that would thwart the Obama administration's bid to make foreign computers, servers and data farms subject to Justice Department search and seizure.

The alliance stepped up its pressure on Capitol Hill with the release of its May 1 “coalition letter” to Sen. Charles “Chuck” Grassley (R-Iowa) and Rep. Robert W. Goodlatte (R.-Va.), the two men who chair the judiciary committees in their chamber. The letter calls on the chairmen to move forward on the Law Enforcement Access to Data Stored Abroad Act.

To put things in perspective, in 1995 the email service Hotmail.com was created by two Apple Computer exiles. In 1998, Microsoft paid $400 million for Hotmail, which today is still the second largest email service in the world.

Nine years before the founding of Hotmail, Congress passed the Electronic Communications Privacy Act to protect email users and stored data from Watergate-style surveillance. But, in the archaic language, the bill left two gaping holes that the Justice Department is driving through with its modern surveillance truck.

First, ECPA only protects emails less than 180 days old. At the time, nobody imagined that Americans would treat their email accounts as their virtual life dashboards with some keeping emails more than 10 years or 15 years.

The second hole is that the ECPA does not recognize an expectation of privacy if an American uses a third-party email provider.

Now, what was a leash on government intrusion, has become a license to snoop. Now, that snooping goes way, way beyond what email and computer storage meant to us in 1986.

The letter, signed by top conservatives, such as Phil Kerpin, American Commitment; Allen B. West, National Center for Policy Analysis; Seton Motley, Less Government and Colin A. Hanna, Let Freedom Ring, points out that the LEADS Act heads off a federal takeover of “the cloud,” the au courant term for the worldwide sprawl of computer storage.

What might have been dismissed as cyber-paranoria, became real when the Justice Department demanded emails stored at Microsoft Ireland Operations Limited, a registered Irish business, owned by Microsoft.

Microsoft provided metadata to Justice, but refused to provide content because that would be a violation of Irish law, a law affirmed by Ireland's high court in its Walsh v. National Irish Bank decision.

In fact, the Irish government went so far as to file a motion in federal court asserting its sovereignty over facilities in Ireland. The motion, coaxed in diplomatic language, further points out that the United States could pursue that email content through the Irish courts with a high probability of success.

But, this is not the road Justice is taking. Instead, DOJ continued to demand that Microsoft ignore the laws of its host countries and acknowledge that wherever it may roam, Johnny Law is sitting legal shot gun along for the ride.

The coalition letter does not address the Microsoft case, but the more general implications to American businesses, if ECPA is not fixed.

“The LEADS Act addresses these problems by amending ECPA to clarify that law enforcement may use a warrant to obtain electronically stored communications overseas if the account holder is a U.S. person,” the letter said.

“This extends the traditional reach of a warrant beyond U.S. borders, but is appropriately responsive to the global nature of electronic data storage in the 21st Century,” it said. “The legislation provides that the U.S. law enforcement cannot require disclosure of data stored abroad if the data is not associated with a U.S. person or if accessing that data would violate the laws of the country where it is stored. Instead, the U.S. must work with the host country to obtain the data.”

As the LEADS Act makes it way through Congress, the alliance of conservatives pushing for its passage should be optimistic. Not only are Americans much more concerned about federal surveillance than before Edward Snowden booked passage for Moscow, but they have a powerful champion.

In 1986, freshman lawmaker Sen. Orrin G. Hatch (R.-Utah) voted for ECPA and now, the senator is the Senate sponsor of LEADS. Thirty years ago, Hatch was still on the margins, but now he is by any measure the most effective Republican in the Senate.

If Hatch and the conservatives succeed in passing LEADS, we can reverse the situation we have now in this country, where government emails are private and private emails are public.