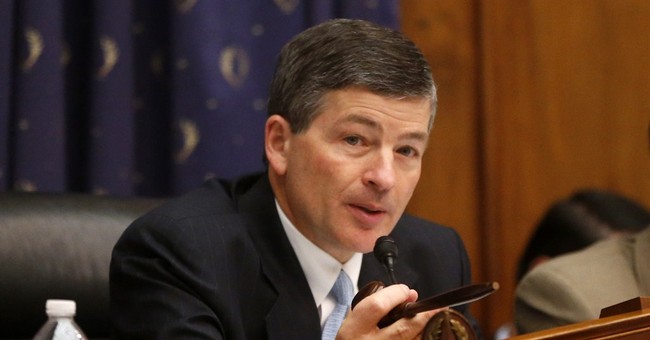 Capitol Hill conservatives are looking to lock down their first victory of the 114th Congress if the they can succeed with the reinvention of the Terrorism Risk Insurance Act by Rep. Jeb. Hensarling (R.-Texas), which Jan. 7 passed the House 416 to 5.

Virtually the same bill Hensarling, the chairman of the House Financial Services Committee, authored and passed the House in the last session 417 to 7.

In December, the TRIA was allowed to expire when the strange bedfellows, Sen. Charles E. Schumer (D.-N.Y.) and President Barack Obama teaming up with the then-Republican senator from Oklahoma Thomas A. Coburn, blocked Senate action on reauthorization.

In 2002, Congress passed the TRIA as a backstop to business insurance policies in response to the Sept. 11, 2001 attacks. After the strikes against the Pentagon and the Twin Towers, insurance companies were confronted with a drastically expanded scale of exposure that was nearly impossible to price.

Insurance is a fairly simple business: a rational man buys risk from a fearful man.

This simple model that worked fine enough on Sept. 10, 2001, was suddenly out of whack as insurance companies started calculating what it would to clean up and rebuild all the skyscrapers, sports arenas and shopping malls on their books that did not have a terrorism exemption.

Mix in that investors already spooked would not put a dime into new skyscrapers, sports arenas and shopping malls, because without insurance they were financially naked.

In the past, the federal government stepped to be that backstop, most notably during World War II with the War Damage Insurance Corporation or after the urban riots of the late 1960s with a smaller program for plate glass windows.

The original TRIA capped federal exposure at $100 billion per year with mechanisms to recoup 133 percent of federal payments over 10 years. In the 2007 extension of the act, the recoup rate was raised to 135.5 percent.

The Hensarling reform of TRIA the federal government would recoup 150 percent of its payments.

In 2002, the act was triggered once the insurance industry losses passed $100 million. In the new bill, the federal government does not start paying until losses exceed $200 billion, and that threshold climbs $100 billion a year until it reaches $500 billion in 2019.

The new TRIA would also force the government to designate an act as terrorism within 90 days of the event in order to qualify for federal payment. This provision is especially tricky for the Obama administration that is loathe label any atrocity perpetrated by leftists or Islamists as terrorism.

Other reforms pushed by the Texan Republican include an out for small insurers and other small businesses. This opt-out, was the part of the 2014 House bill that flipped out Schumer and brought the veto threat from the White House.

In the last session, a Schumer-authored TRIA extension, which had no reform at all, passed the Senate by 93 to 4, including support from the triad that is the chamber's conservative center of gravity: Sen. Michael S. Lee (R-Utah), Sen. Randal H. “Rand” Paul and Sen. R. Edward “Ted” Cruz (R-Texas).

If the president vetoes the Hensarling TRIA reform bill, suddenly the White House and Schumer will have grabbed the obstructionist label less than two weeks into the new Congress.

In a similar situation, President William J. Clinton chose to sign the conservative reforms Newt Gingrich brought to his desk—and he has been taking credit for the economic boom that followed every since.