Elon Musk Has Begun to Reek

Mytheos Holt
|
Posted: Aug 27, 2018 9:35 AM
Share   Tweet
The opinions expressed by columnists are their own and do not necessarily represent the views of Townhall.com. 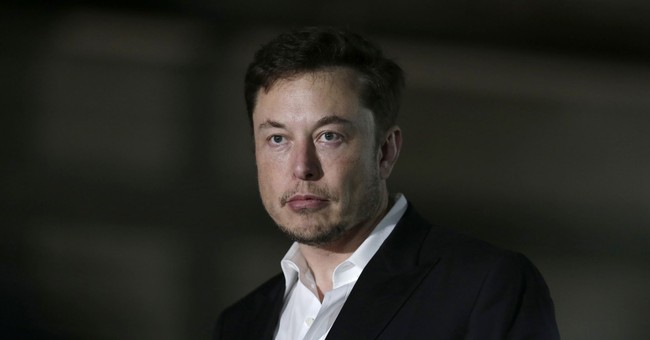 What goes up must come down. The bigger they are, the harder they fall. The bottom dropped out.

…But enough about Elon Musk’s rockets.

This past year has seen no shortage of stories about the fatal political, financial, and social recklessness of the modern tech sector. Those stories have ranged from the worrisome – the flagrant and capricious banning and firing of conservatives by major platforms – to the surreal, like Google’s apparent internal seminar on what it is like to sexually identify as a yellow-scaled Dragonkin. All those stories have, in their own way, been stories of colossal arrogance and ignorance.

But unlike those stories, Elon Musk’s meteoric rise, followed by his humiliating recent fall, is not one that can be dismissed on partisan or ideological grounds. Musk shows tech’s unbridled entitlement stripped of all the virtue signaling hypocrisy that prompts Leftists to give the industry a free ride because it tends to favor them: instead, Musk simply shows us what the tech sector has always been: A place that once produced landmark innovation, but now is only a place where people can sell the world on dreams, and then endlessly defer responsibility when those dreams either do damage to the United States, or just go down in flames.

But again, enough about his rockets, because it is not just them that have made fiery descents into oblivion. Musk himself has, judging by the recent news that, contrary to an ill-considered and possibly illegal tweet, Musk’s car company Tesla will not, in fact, be going private, but will remain publicly traded. The result is that Musk is bogged down in an ongoing SEC investigation, questions about his fitness to be CEO of Tesla are only getting stronger, and all to no discernible benefit to him. The man tried to walk on the moon. Instead, he stepped on a rake.

To anyone who followed Musk’s career, particularly his recent moves, this was an inevitability. To begin with there was his recent train-wreck interview at the New York Times, reproduced here. Among the juicier tidbits were the revelations that when Musk tweeted his infamous announcement that he was “considering taking Tesla private at $420,” he was rounding up specifically so he could make a marijuana joke. Not that Musk himself was high at the time, you understand, or at least not on weed. To quote him, “Weed is not helpful for productivity. There’s a reason for the word ‘stoned.’ You sit there like a stone on weed.”

We know now, of course, that when Musk said in the same tweet that his funding was “secured,” he was either lying or delusional. The security was, at best, tentative, and the people providing it were – get this – the Saudis, to whom Musk was willing to give control of the company to in order to take it private. Say what you like about the big Detroit companies that got the auto bailout, but at least they sought their bailout from the United States when they were desperate, and didn’t just ask a foreign power to buy them out so one erratic leader could make more money.

It was all downhill from there. First, the SEC came knocking, then the board raised questions about Musk’s fitness, then Musk began working 120 hour work weeks, and down, down, down, it all went into the abyss. The situation was obviously not helped by the fact that Musk’s only apparent breaks occurred when he took time off to berate short-sellers and analysts for being “boring” and “bone-headed,” and even smeared one critic as a pedophile. By the end, it was a miracle Musk had any credibility or standing left, and as such, his final plea to his Times reviewer was a perfect summary of the mess.

Well, now that the entire house of cards has collapsed, it’s hard to think of anyone who couldn’t do the job better. But, for the sake of what is probably excessive charity, let’s try to narrow it down a bit further than that. For the next CEO of Tesla, the board might try anyone who’s run a car company before. Or anyone who’s actually been in the business of building rockets and working with the United States government. Or really, anyone but another expertise-averse self-styled whiz kid who doesn’t know the meaning of the word “intellectual humility,” and thinks his brain can hack literally anything without regard for the consequences. Someone who is not merely smart, but wise as well, in short.

Elon Musk was not wise. He was, in fact, aggressively the opposite. For his trouble, and the trouble he caused, he may end up one of America’s infamously disgraced CEOs. After all, at this point, the only thing Musk has built that catches fire on purpose are his flamethrowers. Everything else has been swept into the collapsing inferno that is his career. One suspects that it will not survive re-entry into reality.

But enough about his rockets.