Pharma Is Running Out of Scapegoats for High Drug Prices

Mytheos Holt
|
Posted: Aug 17, 2018 12:01 AM
Share   Tweet
The opinions expressed by columnists are their own and do not necessarily represent the views of Townhall.com. 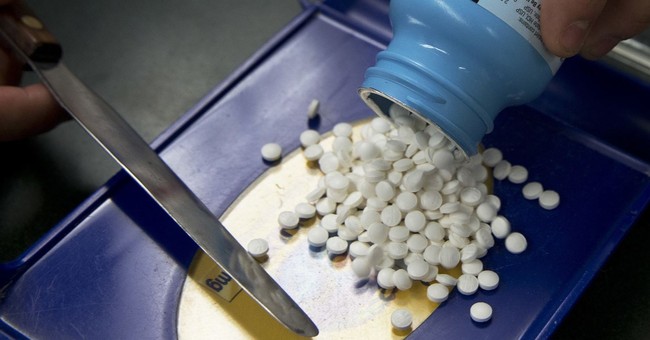 Abusive, monopolistic behavior is never popular: just ask John D. Rockefeller, Cornelius Vanderbilt, or J.P. Morgan. Nor, for that matter, is it sustainable, no matter how many high powered lobbyists you hire to control the debate in Washington, DC. Sooner or later, monopolists back the wrong horse, and someone comes to power who owes them nothing. Just ask President Theodore Roosevelt, and now President Donald Trump.

But where Roosevelt famously wrung the life out of the aforementioned tycoons and their trusts, President Trump faces two very different but no less abusive foes: the Snowflake Barons of the tech sector, and the glorified drug dealers of Big Pharma. And while Trump has only thrown Twitter barbs at tech, the fact is that he is tightening the noose on Big Pharma with the speed and efficiency of the world’s most enthusiastic hangman. He is doing this because of the sector’s outrageously high prices, to say nothing of their arguably being responsible for the opioid crisis.

When it comes to their prices, Pharma has no good defense, so they’ve been forced to rely on an endless number of scapegoats, to try and take the heat off themselves for as long as they can. For a while, they tried to target children’s hospitals, rural hospitals, and basically any other hospital that could get their products at a voluntary discount, absurdly claiming that those discounts forced them to charge everyone else more. That bought them some time, and more credulity than they deserved, but has since proven inaccurate, since the hospitals have gotten less money, but the prices have not come down.

Pharma also has tried to game the system to keep their main competitors in the United States – generic drug competitors – from charging actual market prices, all so they can claim that their prices are less outlandish than they are. They claim the policies they favor to do this are important for the sake of safety. This has backfired, because the generic companies have taken their message to Washington, and persuaded those with an interest in both the free market and safety to produce a bill that reconciles both, namely the CREATES Act, which requires pharmaceutical companies to sell samples of their off-patent drugs to FDA-approved generic manufacturers. Unsurprisingly, Pharma hates this bill and has tried to kill it.

Then, Pharma tried to claim that the problem was other countries, and here they at least had something of a point. The massive amounts of price controls, advertising bans, and other anti-Pharma policies employed abroad essentially make America the one goose that can lay golden eggs for Pharma. Pharma may turn a small profit abroad – the available data is unclear – but it’s nowhere near the mountain of money they make here. Unfortunately for Pharma, President Trump took this defense off the table by doing something about it and trying to address the disparity through trade negotiations.

All of which leads up to a simple point: Pharma is running out of enemies to blame for the prices they’re charging. Which, if their most recent target is any guide, is about to lead to a hell of a lot of unintentional comedy.

Thus, Republican congressman Buddy Carter (R-GA), a major recipient of pharmaceutical companies' donations, recently emerged from the woodwork to claim that the people responsible for high drug prices are actually a very small group of people known as Pharmacy Benefit Managers (PBMs). These are basically the people who negotiate drug prices on behalf of groups of individuals, or collections of groups, in an effort to keep them low for those specific people/groups. Much like Pharma’s former “actually the children’s hospitals did it” argument, this claim that everyone suffers because some people get prices at a discount is ridiculous.

Don’t take my word for it. The data shows the same thing. A recent study by America’s Health Insurance Plans showed that the actual thing that keeps drug prices high is not some random group of negotiators holding Pharma’s feet to the fire, but rather – surprise, surprise, the lack of competition in the pharmaceutical market. Health Affairs also noted that, of the $480 billion spent on prescription medications in 2016, $323 billion of it went directly to Pharma companies’ profits. A measly $23 billion, or 4 percent, went to PBMs. Pharma basically is eating more than half the pie, while complaining about the one guy with a measly slice in the corner.

Rep. Carter and his donors should be embarrassed, but I suspect we’re well past that. Desperate people and desperate industries do not have the luxury of embarrassment. Nor, for that matter, does the US have the luxury of paying Pharma’s high prices without scrutinizing their ridiculous dissembling. Here’s hoping President Trump goes on tightening the noose on Pharma and on freeloading foreign countries, and that neither Pharma nor those foreign countries ever take American consumers for granted again.

Editor's note: Rep. Earl 'Buddy' Carter issued a response to the claims made about him in this column. You can read his op-ed here.