Pharma Spin Only Belongs in Fiction

Mytheos Holt
|
Posted: May 31, 2017 12:01 AM
Share   Tweet
The opinions expressed by columnists are their own and do not necessarily represent the views of Townhall.com. 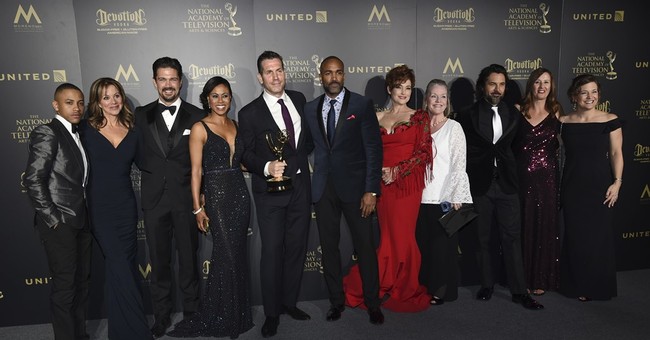 Those who follow the healthcare world’s comings and goings or watch the soap opera General Hospital are aware of a highly embarrassing story: Big Pharma is literally inserting its propaganda into TV medical show scripts.

Yes, really. This revelation came in a bizarre General Hospital episode about polycythemia vera, a disease so rare that only two in 100,000 people suffer from it. Television mysteries about rare disorders are nothing new (just ask Dr. Gregory House). But this one was so outlandishly uncommon it made an actual doctor, Vinay Prasad, suspicious. Prasad began investigating why General Hospital was covering this nigh-unheard of bone disorder. He discovered that Incyte – a drug company that sells a single drug that treats (what else) polycthemia vera – asked General Hospital to work the disease into the show’s plot.

As far as pharmaceutical sector malfeasance goes, this development might seem more pathetic than troubling. But when you consider that aggressive marketing helped fuel the opioid epidemic, it’s more alarming. Granted, it’s a free country, and advertising is part of a long tradition of free speech. But warning television audiences about this kind of subliminal messaging is a far cry from calling for regulation of speech. From the looks of it, those warnings could get more and more necessary if this trend keeps up.

And forgive the obvious point, but isn’t it hypocritical for Hollywood liberals to lecture us on the need for government-controlled healthcare even as they secretly shill for Pharma in their TV dramas? We shouldn’t be surprised – after all, Pharma and Hollywood both loved Hillary Clinton, too – but you’d think they’d know how to keep the hypocrisy a little subtler.

Why haven’t TV shows like General Hospital done episodes about how drug prices have been spiking in recent years, sometimes by hundreds of percentage points? The pharmaceutical industry is charging patients through the nose. They are also gouging hospitals like the one on General Hospital itself. Further, they go out of their way to shut down competition from overseas, and from generic drug manufacturers, that could stop the pain by driving prices down. This rarely gets mentioned in medical shows.

Hollywood must not want to dirty its dainty liberal hands with actual details on how to help people struggling with the high price of medical care. No other explanation seems to fit. The problems surrounding access to drugs are extraordinarily fertile ground for drama. Imagine the heartstrings Hollywood could pull with a story about a children’s hospital that tries desperately to be able to purchase cancer drugs at affordable prices. Such plots would have the benefit of being true, as well: Consider Pharma’s incessant assault on the 340B drug pricing program.

TV showrunners should not be forced to obey some sort of arbitrary fairness doctrine when coming up with dramatic arcs. But if pharma critics can respect the creative freedom of General Hospital’s writers, why can’t pharmaceutical companies?

Obviously, because with the public and their representatives in Washington getting increasingly impatient with Big Pharma’s spin, the industry desperately feels the need to get good press somehow. And in a sad way, I suppose it’s fitting that the only place where pharma can look good is a wholly fictional universe. Here in reality, reform is still needed, and no amount of soap opera-generated spin can change that.

Is This the Tweet Liz Cheney Regrets the Most?
Townhall
WATCH: CNN's Alisyn Camerota asks what Liz Cheney's defeat '[means] for our democracy' ... so who'd like to tell her?
Twitchy
Mike Pence Gets to Work Burning His 2024 Campaign to the Ground
Redstate
Here's What Happened When a Biological Male Tried to Pledge University of Alabama Sororities
PJ Media