Trump’s Press Conference Proves He Will Starve the Leftist Beast

Mytheos Holt
|
Posted: Jan 19, 2017 9:47 AM
Share   Tweet
The opinions expressed by columnists are their own and do not necessarily represent the views of Townhall.com. 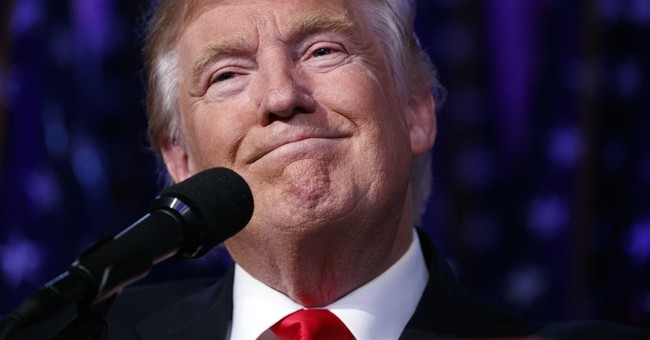 Donald Trump, in his first press conference since being elected president, savaged a number of worthy targets. Blasting the increasingly Gawker-esque tabloid click farm known as BuzzFeed, and summarily dismissing CNN as fake news, were moments that rightly deserve the cheers of conservatives (and, for that matter, intellectually honest people) everywhere.

Further, Trump’s hyperbolic but deserved strike at the politicized CIA for endeavoring to assert control of American politics was a relieving moment both for believers in civil liberties, and for those who are tired of seeing the bureaucratic Deep State in Washington cut off any attempt at reform.

But while these moments have been highly publicized, one particular target of Trump’s ire has gone curiously unremarked: I refer to the pharmaceutical industry. During the press conference, Trump skewered pharma, saying they were “getting away with murder.” And if that bit of Trumpian truthful hyperbole weren’t enough, he announced his intention to use Medicare as leverage to force the industry to lower its drug prices.

While news sources mostly ignored this particular promise in favor of the juicier bits of the press conference, markets responded immediately. Since Trump’s comments, the pharmaceutical industry has lost $25 billion dollars, as its stock prices have dropped.

To this, the reaction of anyone on the right should be somewhere between pumping their fist and crowing with vengeful glee. You see, while the leftist leanings of the entertainment industry, academia, and the tech industry are all well-known, there seems to be a curious disinterest in the similarly partisan record of pharma. This is more than a little odd, given that pharma is arguably responsible for Obamacare itself – unsurprising, seeing as the policy made them about as much money as Trump’s comments cost them – and is a major donor to some of the great villains of the Democratic Party. Hillary Clinton, Barack Obama, and now anti-Jeff Sessions demagogue Cory Booker, are just a few high profile beneficiaries of the industry.

To be sure, pharma disguises its partisanship by donating to Republicans as well, but this tends to be done purely as an exercise in turning those Republicans into selective defenders of corporate welfare from which the drug industry just happens to benefit. Those who cannot be so corrupted, such as Texas Sen. Ted Cruz, or Trump himself, tend to get passed over. Pharma also tends to seek to undermine Republican ideas for reforming the healthcare system – ideas such as allowing competition across state lines, or using access to Medicare funds as even a limited bargaining chip for lowering prices, the way programs like the 340B drug discount program do.

But beyond the pharmaceutical industry’s special malignance for conservatives, Trump’s decision to target them is encouraging for a much deeper reason. That is, it’s part of a pattern of Trump seeking to starve industries with explicit or implicit leftist connections. For instance, Trump’s plans to cut down on outsourcing and offshoring have already substantially weakened the stock of the tech industry, which looks as if it will slowly but surely be forced to bend the knee to Trump. Trump’s education secretary pick, Betsy DeVos, is likely to take a big bite out of academia’s ability to gain no-questions-asked federal funding. Add to this the subsequent destruction of pharma’s inflated stock prices, and it’s clear that Trump’s decision to turn the headwinds of his populist politics against leftist industries is a pattern.

Granted, it’s generally bad policy for the government to pick winners and losers. But what’s notable about Trump’s rhetorical broadsides thus far is that they’ve been just that: rhetoric. No policy has been passed or even proposed, in Congress or in the executive branch. Yet merely by condemning the pharmaceutical industry, Trump was able to cost it nearly as much as its Obamacare investment yielded. Lasting policy changes, where they follow, should obviously be designed with an eye to universal applicability. But rhetorical cudgels and negotiating tactics need no such sense of fair play. Trump’s rhetorical targeting of pharma thus is a rare specimen: a political masterstroke that achieves its goal without policy behind it.

So cheers to Trump for taking on an abusive industry, but also for picking precisely the industry whose investors are skittish enough to deprive it – and its political minions – of billions of dollars in the face of his attacks.

If Trump keeps this up, he might succeed in choking his opponents’ funding without so much as signing a single bill.