Mytheos Holt
|
Posted: Nov 01, 2016 10:14 AM
Share   Tweet
The opinions expressed by columnists are their own and do not necessarily represent the views of Townhall.com. 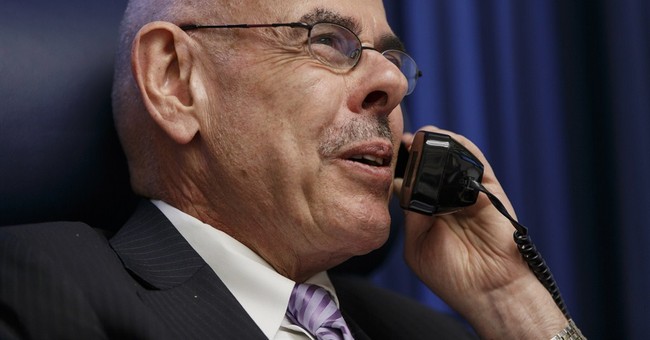 The fight between the corporatist drug industry and hospitals serving the most vulnerable Americans has finally spilled into the mainstream media. Recently, the Washington Post covered the issue in a profile of former Democratic congressman Henry Waxman.

Waxman is surely an unlikely hero to fight corporate welfare, yet according to the Post, that’s exactly what he’s doing. Specifically, he’s now devoting his time to protecting the 340B drug pricing program. It requires pharmaceutical companies who wish to sell into the Medicare Part B and Medicaid markets to also provide those drugs at a reduced price to hospitals that serve large numbers of vulnerable patients.

Now, the 340B program has been around since 1992, when it was signed into law by President George H.W. Bush. Despite the fact that it works, pharma wants to curb the program to boost profits using pretty much any means at hand.

One way is to get the Health Resources and Services Administration to issue burdensome new guidelines on eligibility for 340B patients, ostensibly for the sake of clarity, but really to undermine the program’s reach. In fact, one group of hospitals that will be particularly hard hit by this strategy is rural providers.

Some of the drugs Big Pharma is trying to block from 340B pricing -- such as infusion treatments -- are used primarily by patients with serious illnesses like cancer. Many rural oncology clinics depend on 340B savings to help fund operations. If they closed, local patients would be forced to drive long distances to receive chemotherapy.

The strategy is also politically stupid. For starters, rural areas tend to elect Republicans, who already have reason to be suspicious of pharma thanks to the flood of recent drug pricing scandals. Targeting their hospitals and most vulnerable constituents is a strange way to win friends within the GOP, particularly when you consider that rural hospitals have suffered a spate of closures and rely on programs like 340B to stay open.

In effect, pharma is picking on some of the best hospitals in the system. Why? Well, if I were a cynic, I’d say it’s because they think the rubes in the boondocks are easy targets who will be too slow to notice them pulling a fast one through the government.

Rural voters, do us all a favor and prove them wrong.