Quick Compelling Bible Study Vol. 45: ‘Kingdom of God’ - Why It Matters To You

Myra Kahn Adams
|
Posted: Jan 24, 2021 12:01 AM
Share   Tweet
The opinions expressed by columnists are their own and do not necessarily represent the views of Townhall.com. 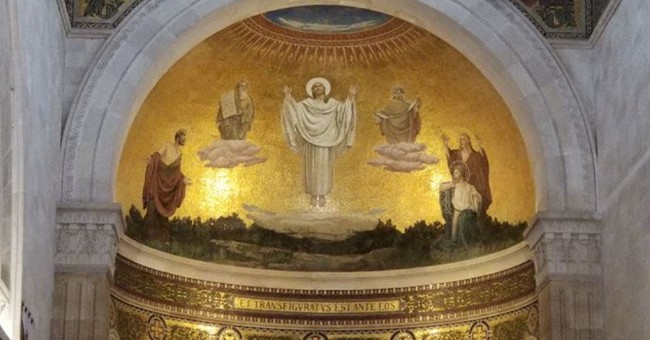 We begin today’s study by my explaining why the “Kingdom of God” is the topic.

While attending Mass last weekend, I heard the hymn “Seek Ye First the Kingdom of God” – one I am familiar with and always liked. Then, during the singing, I received a “ding-ding” that I was supposed to write about “The Kingdom of God.” Immediately I whispered the blessed news to my husband (who recently played a prominent role in this Bible Study after Vols. 42 and 44.)

Hence, from HIS command to my keyboard, here we are. However, today I am mostly acting as a conduit for what others have written about the Kingdom of God that I deem worthy. And, of course, some applicable New Testament verses. As it turns out, “In the Old Testament, the phrase does not occur at all. The concept of God as the true king of Israel was prevalent, but the phrase as uttered by Jesus was not.”

Let’s begin by framing the concept of the “Kingdom of God” with another quote by Kurt Struckmeyer from his site, “Following Jesus -A Life of Faith in the Post-modern World” in his essay “The Kingdom of God”:

“The dominant theme in the gospels and the center of Jesus’ proclamation was the reign or kingdom of God. This one phrase sums up his whole ministry and his whole life’s work. Every thought and saying of Jesus was directed and subordinated to one single thing: the realization of the reign of God upon the earth.”

And how are we supposed to act out Jesus’ “proclamation”?

First, “The kingdom of God takes place through a group of persons whose hearts and relationships are in subordination to the reign of God. Jesus described the kingdom of God in words and actions for all to hear and see.”

Second: “The kingdom of God is a political metaphor and symbol. In Jesus’ preaching and actions the kingdom clearly includes the social-economic-political substance of human relations as willed by God.”

Struckmeyer explains: “The signs of God’s rule were present in the words and deeds of Jesus himself. Jesus’ healing and eating with sinners were signs that God’s reign had arrived.”

How does Scripture teach us to be members in good standing of the Kingdom of God? Adhere to the Ten Commandants, and in the words of Jesus embrace, “The Greatest Commandments” as discussed in Vol. 33:

I also found an insightful commentary written by Jeremy Treat that provides a shorthand explanation of the concept titled “The Kingdom of God in 8 Words.” The eight are in bold italics: "The kingdom is God’s reign through God’s people over God’s place."

Treat also wrote this memorable sentence: “The message of the kingdom is about God’s royal power directed by his self-giving love.”

Believers know that Christ showed “his self-giving love” for us by sacrificing himself on the cross.

Turning to Scripture now, what did Jesus specifically say about the Kingdom of God? He said much about many aspects of this multi-layered concept. Here are my favorites that point to why the Kingdom of God matters to you.

Jesus tells us where to find the “kingdom of God”:

Jesus teaches us how to pray about the “kingdom” in what we call the Lord’s prayer:

Pray then like this: "Our Father in heaven, hallowed be your name. Your kingdom come, your will be done, on earth as it is in heaven. Give us this day our daily bread, and forgive us our debts, as we also have forgiven our debtors. And lead us not into temptation, but deliver us from evil” (Matthew 6:9-13).

Jesus explains the benefits of why we need to seek God’s kingdom:

“If that is how God clothes the grass of the field, which is here today and tomorrow is thrown into the fire, will he not much more clothe you—you of little faith? So do not worry, saying, ‘What shall we eat?’ or ‘What shall we drink?’ or ‘What shall we wear?’ For the pagans run after all these things, and your heavenly Father knows that you need them. But seek first his kingdom and his righteousness, and all these things will be given to you as well. Therefore do not worry about tomorrow, for tomorrow will worry about itself. Each day has enough trouble of its own” (Matthew 6:30-34).

And that verse brings our Bible study full circle because in bold, you read the first verse of the hymn, “Seek Ye First the Kingdom of God.”

Today I pray that you will be inspired to seek and find the Kingdom of God – either internally or externally – according to His plan for you.