Demographics are Political Destiny — Electorate Changes Between 1976 and 2016

Myra Kahn Adams
|
Posted: May 16, 2018 12:01 AM
Share   Tweet
The opinions expressed by columnists are their own and do not necessarily represent the views of Townhall.com. 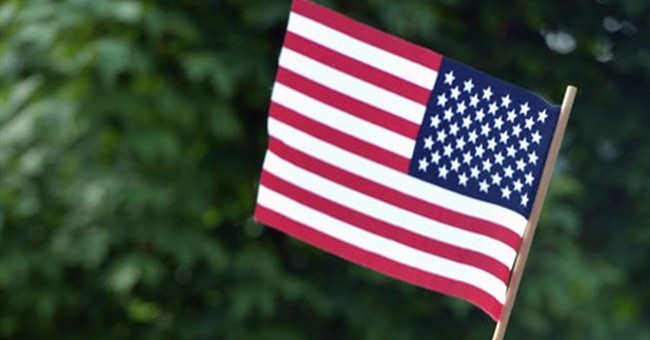 For example, "How Groups Voted in 1984" instantly answers the question, “What percentage of the Hispanic vote did Ronald Reagan win in 1984?” (34 percent)

Starting with the 1976 election, the Roper Center for Public Opinion Research, located at Cornell University, has compiled demographic voting data using exit polls from a variety of sources. Roper’s format makes it easy to compare voter data every four years.

Our nation has experienced rapid demographic changes in the forty years since 1976. Hence, it is instructive to compare some of Roper’s key 1976 data points with the same points from the 2016 election. Afterwards, I explore the two demographic trends that are most likely to impact the 2020 presidential election.

But first, for context, a quick memory jog about the 1976 election.

The Republican incumbent was President Gerald R. Ford who served as vice president until August 9, 1974 when President Richard Nixon resigned due to the Watergate scandal. Ford, running for his first full term was challenged by Democrat Jimmy Carter, a one-term Georgia governor. The ticket of Jimmy Carter/Walter Mondale defeated Gerald Ford/Bob Dole, winning the electoral vote 297 to 240 and the popular vote by a margin of 50.1 to 48 percent.

No “memory jogging” is necessary for the 2016 presidential election between Democrat Hillary Clinton and Republican Donald Trump with fallout from Trump’s victory still dominating the news in mid-2018.

Now, here is some comparative voter group data between the 1976 and 2016 elections.

The most obvious demographic change in 40 years is the decrease of white voters as a percentage of the electorate.

A decrease of 19 points is a stark reminder that the overwhelmingly white Republican Party must attract non-white voters if it is to remain a major national party in the next 27 years. Substantiating this harsh reality for the GOP is projected national racial group data from a March report by Brookings stating:

“The new statistics project that the nation will become “minority white” in 2045. During that year, whites will comprise 49.9 percent of the population in contrast to 24.6 percent for Hispanics, 13.1 percent for blacks, 7.8 percent for Asians, and 3.8 percent for multiracial populations.”

Confirming the trends behind those projections is non-white voting data as a percentage of the electorate:

The next major change in voter groups from 1976 to 2016 is gender composition as a percentage of the electorate:

Over 40 years, the growing empowerment of women resulted in a three-point increase. However, the percentage growth of women voters has fluctuated. For example, in 2012 (Obama vs. Romney) women comprised 53 percent of voters compared to 47 percent for men.

Surprisingly, the largest electorate gender gap was in 2004 (W. Bush vs. Kerry) when women voters outnumbered men by 54 to 46 percent. For the record, the last presidential election year when men outnumbered women voters was 1980 (Carter vs. Reagan) and by a margin of 51 to 49 percent, the same as in 1976.

Another data point Roper measures is political philosophy, proving the “middle” is shrinking as our nation grew more polarized between 1976 and 2016.

Voter’s political philosophy by percentage of the electorate:

The last comparative data point I selected was party identification. Here, one surprise is that Democratic Party ID has remained the same from 1976 to 2016 (but with some fluctuations between the decades as shown below.)

Remember that in 1976, due to President Nixon’s 1974 resignation along with Ford’s pardon of Nixon, 1976 Republican Party ID is seen at a historic low. Illustrating how the GOP subsequently rebounded, I also included 1980 and 1984 party ID as a percentage of the electorate.

Most politically consequential is the shrinking white vote. At 70 percent of the electorate in 2016, the trend shows a decrease of two points every four years. Given that the white vote comprised 72 percent of the electorate in 2012, down from 74 percent in 2008, it could slip to 68 percent in 2020. This trend does not bode well for President Trump’s reelection prospects.

The three Midwest “blue wall” states of Michigan, Wisconsin, and Pennsylvania that famously contributed to Trump’s Electoral College victory of 306 to Clinton’s 232 are in a small group of the highest white majority, large industrial states.

As shown below, Trump won those three contentious battleground states by the slimmest of margins with their combined total of 46 electoral votes. Florida was included to hammer home the reality of how in 2020, a one or two-point drop in the white vote could easily swing a close election to the Democratic nominee.

My second big takeaway with 2020 applications is the growing Hispanic vote that increased from one percent of the electorate in 1976 to 11 percent in 2016. Clinton overwhelmingly won the Hispanic vote by 66 to 28 percent over Trump.

Yes, demographics are political destiny and could prove to be decisive in determining which party wins the White House in 2020.