Mona Charen
|
Posted: Mar 22, 2016 12:01 AM
Share   Tweet
The opinions expressed by columnists are their own and do not necessarily represent the views of Townhall.com. 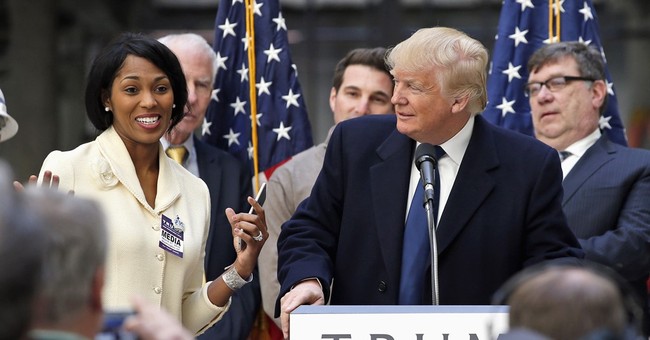 I first became aware of Donald Trump when he chose to make cheating on his first wife front-page news. It was the early '90s. Donald and Ivana Trump broke up over the course of months. Not that divorce is shocking, mind you; among the glitterati marriage seems more unusual. Nor is infidelity exactly novel. But it requires a particular breed of lowlife to advertise the sexual superiority of one's mistress over the mother of one's children. That was Trump's style. He leaked stories to the New York tabloids about Ivana's breast implants -- they didn't feel right. Marla Maples, by contrast, suited him better. She, proving her suitability for the man she was eager to steal from his family, told the papers that her encounters with the mogul were "the best sex I've ever had." It wasn't just Donald Trump's betrayal that caught my eye, nor just the tawdriness: It was the cruelty.

That's the part of the Trump rise that is quite shocking. Most politicians, for as long as I can remember, have been at considerable pains to present themselves as nicer, nobler and more empathetic than they really are. Since many of them (not all) are selfish egotists, this requires some skill. Now comes Trump unblushingly parading his viciousness -- by, for example, mocking a handicapped man, toying with white supremacy or encouraging political violence -- and still gaining the loyalty of a plurality of Republicans.

One can imagine why voters might tolerate a little nastiness in certain situations. It's possible that the threat of ISIS-style war crimes makes a would-be leader who vows to commit war crimes of his own seem palatable, or even "strong." It's not a total surprise that a regime of stifling political correctness would evoke a reaction.

But voters are venturing way out on a plank with Trump -- and I'm not speaking here of the fact that he is overwhelmingly likely to lose to Hillary Clinton if he's the Republican nominee. No, I'm referring to the copious evidence that if he won, he could cause catastrophic damage to the country.

Donald Trump is not emotionally healthy. No normal man sits up late at night tweeting dozens of insults about Megyn Kelly, or skips a key debate because he's nursing a grudge against her for asking perfectly ordinary questions, or continues to obsess about her weeks and months after the fact.

A normal, well-adjusted man does not go to great lengths to prove to a random journalist that he has normal-sized fingers. Some may think it was Rubio who introduced the "small hands" business, but it actually dates back to an encounter Trump had 25 years ago with journalist Graydon Carter. Carter had referred to Trump as a "short-fingered vulgarian" in Spy magazine. Trump could not let it go. Carter told Vanity Fair in 2015:

"To this day, I receive the occasional envelope from Trump. There is always a photo of him -- generally a tear sheet from a magazine. On all of them he has circled his hand in gold Sharpie in a valiant effort to highlight the length of his fingers. ... The most recent offering arrived earlier this year, before his decision to go after the Republican presidential nomination. Like the other packages, this one included a circled hand and the words, also written in gold Sharpie: 'See, not so short!'"

Notice he didn't contest the "vulgarian" part of the insult. And remember that at a presidential debate, for God's sake, Trump brought it up himself and assured the world that "there is no problem. I guarantee." I don't believe that guarantee, and I'm not talking about his genitals.

There is an enormous problem. Trump seems to suffer from narcissistic personality disorder, an insecurity so consuming and crippling that he has devoted his life to self-aggrandizement. This is far beyond the puffery that most salesmen indulge to some degree. It strays well into the bizarre. Asked whom he consults on foreign policy Trump said, "I'm speaking with myself, number one, because I have a very good brain and I've said a lot of things." What grown man says things like that and continues to be taken seriously? How can he be leading the race for the Republican nomination?

People with severe ego weakness are to be pitied -- but also feared. Everything Trump says and does is a form of self-medication for a damaged soul. His need to disparage others, to glorify himself and to be the "strongman" could lead to disastrous judgments by the man in charge of the nuclear codes.

The Supreme Court Commission Has Finished Its Report. Here's What It Concluded About Court Packing.
Townhall
'Spontaneous combustion is real': NYT can't quite make connection between flaming Fox News Christmas tree and guy in police custody
Twitchy
Latest Poll Numbers Spell Doom for Democrats — and Bust Some Narratives Along the Way
Redstate
The Morning Briefing: The Sweaty, Gross Democrat/Media Lovefest Gets Even Nastier
PJ Media