Democratic Party: Not For Grown-Ups 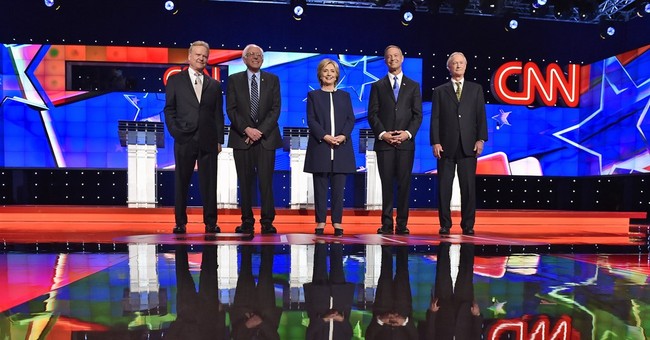 Trending
Think of today's Democratic Party as the little village of Hamelin. A piper called Bernie Sanders toots his socialist tune, and all the little Democrats skip along behind him to ... where exactly? According to the medieval legend, the Pied Piper of Hamelin led the children away and drowned them.

"Socialist" was once an epithet in American politics, but the Obama years may have effected a change. Fully 25 percent of Americans, Pew reported in 2014, disagreed with the statement: "Most people are better off in a free market economy, even though some people are rich and some are poor." Fans of irony will note that in Vietnam only 3 percent disagreed with that same statement, with 95 percent endorsing capitalism.

Bernie Sanders thunders that the U.S can become a good Scandinavian-style socialist paradise -- but without the huge taxes on the middle class that support those systems. (Denmark has the highest taxes in the world.) Sanders may be disillusioned to discover that Scandinavian countries have thriving private sectors and are in many respects more business-friendly these days than the United States is. Norway funds its welfare state through the sale of -- wait for it -- fossil fuel pumped from the North Sea. But Bernie doesn't pause over pesky details like how to afford things. He and his party are officially in the reality-free zone where, if you close your eyes and wish with all your heart, dreams really do come true. He's Santa Claus with a Brooklyn accent. This is not politics for grown-ups.

The Wall Street Journal toted up the new spending Sanders has proposed, including "free" college education for all, Medicare for all, expanding Social Security, paid family leave, bolstering private pensions, a youth jobs initiative and infrastructure spending. They came up with the figure of $18 trillion over 10 years -- and that doesn't count his plan for universal preschool.

No problem, the self-described socialist counters, he will raise the money by taxing the "greedy 1 percent." The problem is arithmetic. The top 1 percent already pays 45.7 percent of all income taxes. The federal government brings in about $1.5 trillion a year in tax revenue. Even if you confiscated 100 percent of the earnings of those making $1 million or above, you'd only net $616 billion, not nearly enough for Bernie's wish list (to say nothing of the depressing effect on productivity such taxes would have).

Without Elizabeth Warren in the race, Sanders has become the conscience of the Democratic Party. They fulminate about the rich, promise the moon, and flunk math.

They want America to be more like Denmark, and seem to miss completely what makes America special. Our creative, innovative, churning economy has not only created one of the highest standards of living in the world, but it supports the world economy.

The idea that "the rich" sit permanently atop a pyramid of worker drones is false. Consider the companies that were once ubiquitous but are now ailing or gone: The Sharper Image, Borders, Circuit City, Polaroid, Yahoo, Sears, and Toys R Us. Creative new competitors take their places. A U.S. Treasury study in 2006 found that among taxpayers in the highest brackets in 1996, 30 percent had dropped below that 10 years later, with 2.6 percent dropping all the way to the bottom. Among those in the lowest income quintile in 1996, more than half had moved up 10 years later.

A dynamic economy grows out of respect for free markets, willingness to take risks (which includes tolerance for failure), reliable protection of property rights, future focus, light regulation and openness to ideas. These traits traditionally made the American economy the most innovative in the world. From aeronautics to computers to medical equipment to energy to retailing to entertainment, U.S. creativity has produced the world's most prosperous middle class. We still lead the world in patents, and we're still inventing new business models such as Uber and Airbnb. But we've layered so many stones onto the shoulders of businesses that the engine of innovation is slowing. For the first time since the 1970s, more businesses are dying than being born. In 2000, the U.S. ranked second in the world in economic freedom according to the CATO Institute. Now, we've dropped to No. 16.

Forget Sanders; we've been smothered in quasi-socialism for the past six years. The U.S. economy desperately needs a shot of capitalism and growth. The middle class has been stagnant, and poverty has been increasing. The rich, as in Venezuela, Cuba and Sweden, are making out fine in Obama's America. It's the middle class and the poor who need capitalism to lift them.