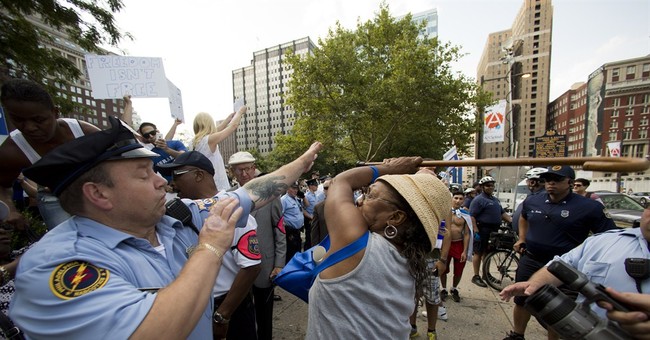 Trending
Hamas, with perhaps unwitting help from President Barack Obama, is achieving its war aim: to legitimize Islamic supremacism and Jew-hatred, and take it global. Jews are no longer safe in Europe or even in some places in the U.S.

Who now recalls that when Hamas was elected, the world responded with disgust? Hamas was on everyone's terrorist list. Flailing, the European Union, Russia, the United Nations and United States asked Hamas to recognize Israel, renounce terror and agree to live by previous agreements between Israel and the Palestinian National Authority. Hamas refused. Nevertheless, its image is much improved.

Hamas enjoys killing Israelis and Jews -- "By God, we will not leave one Jew in Palestine," one of its leaders, Abdel Aziz al-Rantisi, told Al Jazeera -- but thanks to Israel's self-defense, opportunities for that pleasure are limited. Hamas has successfully terrorized southern Israel -- and more recently, central Israel -- with its deliberate missile attacks on civilians, and they take satisfaction in that. But their chief aim and greatest victory is in forcing Israelis to kill Palestinians. It's almost a matter of indifference to Hamas whether a dead child is an Israeli killed by a Hamas rocket deliberately aimed at a village or a Palestinian child killed because Israel returned fire and the launcher was located in a kindergarten. If it's the latter, the child's image becomes part of the psychological war on Israel.

This script has been followed year after year. Elite world opinion seems incapable of seeing the truth -- that every dead Palestinian civilian (and, of course, every Israeli) is a victim of Hamas. Maybe it's just too pleasurable to indulge in guilt-free anti-Semitism. Notice that attacks in Europe have targeted synagogues, not Israeli embassies.

Hamas has been successful at libeling Israel and stirring anti-Semitism globally. Obama ought to speak for our values and forcefully push back against this dark, spreading stain, but he doesn't. He hasn't spoken up for Christians persecuted throughout the world, either.

Rather than denouncing Hamas' depravity, he has issued tepid endorsements of Israel's right to self-defense (undermined by privately delivered warnings). Canada's Stephen Harper, who has lately seemed, by default, the leader of the free world, was stalwart. "It is evident that Hamas is deliberately using human shields to further terror in the region." In light of that, "Canada calls on its allies and partners to recognize that these terrorist acts are unacceptable and that solidarity with Israel is the best way of stopping the conflict."

Obama, by contrast, has slid into the role Hamas practically scripted for him, calling the Israeli prime minister twice in three days to express his "serious concern about the growing number of casualties."

No country on Earth takes more care to minimize civilian casualties than Israel. It sends text messages, phone calls and even "taps on the roof" (small firecrackers) to warn residents. And no government on Earth does more to ensure that civilians will be casualties than Hamas. "They have nowhere to go!" reported a U.N. official from Gaza on PBS television. That's because rather than building bomb shelters, schools or homes with the 800,000 tons of concrete at its disposal, Hamas has built miles of highly sophisticated, reinforced tunnels to infiltrate Israel. The world's tallest skyscraper in Dubai, Tablet Magazine notes, used only 110,000 tons of concrete.

Israel has taken precautions about civilians, despite being under ceaseless rocket and terror infiltration attack from Hamas for years.

Obama understands the need to fight terror. He has conducted a drone war against suspected terrorists throughout his term. The Long War Journal estimates that U.S. drones have killed 2,555 leaders and activists in terrorist groups as well as 153 civilians in Pakistan alone. The Bureau of Investigative Journalism estimates that drones have killed between 2,528 and 3,648 individuals, including as many as 948 civilians.

The U.S. has not experienced a large-scale terror attack since 2001. Obama has dispatched drones not in retaliation for attacks but on suspicion that the targets were terrorists plotting future attacks. "Turns out I'm really good at killing people," Obama boasted to a journalist. "Didn't know that was gonna be a strong suit of mine."

In May of 2013, the president defended his actions at the National Defense University: "Let us remember that the terrorists we are after target civilians, and the death toll from their acts of terrorism against Muslims dwarfs any estimate of civilian casualties from drone strikes."

Benjamin Netanyahu might quote those words back to him, when he next phones.