The Sin of Indulging Your Guilty Conscience

Mona Charen  |  Sep 08, 2010
The opinions expressed by columnists are their own and do not necessarily represent the views of Townhall.com.
Top Columns
Trending on Townhall Media 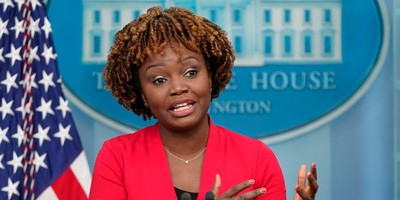 Newly returned from a week in Paris and well sated with delicious cheeses, magnificent art, and glorious (inexpensive!) wines, one is disinclined to reflect upon the decline of Europe. But the demographic reality so scathingly limned in Mark Steyn's "America Alone" cannot be long avoided. Those adorable French babies are not quite as scarce as, say, Lithuanian ones (a 2.1 total fertility rate is required for a society to maintain itself -- Lithuania's rate is 1.2), but the French tots are not quite adequate (1.9 percent). As for Europe as a whole, it's disappearing -- the average fertility rate is 1.53.

Many explanations for this civilizational decline have been proffered -- socialism, prosperity, selfishness, secularism. But an essay by Pascal Bruckner in City Journal, though addressing a different topic, is probably closest to the truth.

Bruckner, a Paris-born intellectual with a gift for aphorism, takes deadly aim at Europe's self-hatred -- the spirit that pervades the continent.

"Europe sees its history as a series of murders and depredations that culminated in two global conflicts." Europe, Pascal writes, has since World War II been "tormented by a need to repent. ... Those born after World War II are endowed with the certainty of belonging to the dregs of humanity, an execrable civilization that has dominated and pillaged most of the world for centuries in the name of the superiority of the white man."

Do Europeans have reason to be remorseful? While denying that guilt can be transmitted from generation to generation ("As there is no hereditary transmission of victim status, so there is no transmission of oppressor status"), Bruckner acknowledges that European history is pockmarked with crimes: slavery, feudal oppression, colonialism, fascism, and communism.

But then, which continent's civilization is not? Even colonialism, the marquee European crime, is hardly a European monopoly, far less a European innovation. The Romans, Persians, Mongols, Egyptians, Turks, Inca, Japanese, Arabs, Sosso, Chinese, Sioux, and countless others have conquered and dominated other peoples. Conquest and exploitation are the rules of human history rather than the exceptions.

Bruckner suggests that Europeans have lost sight of that perspective and wallow in their own self-disgust. "We now live on self-denunciation, as if permanently indebted to the poor, the destitute, to immigrants -- as if our only duty were expiation, endless expiation, restoring without limit what we had taken from humanity from the beginning."

But of course, attempting neatly to divide whole swaths of humanity into "innocent victim" and "cruel oppressor" categories leads to mental and moral confusion.

"Since 9/11 ... a majority of Europeans have felt, despite our sympathy for the victims, that the Americans got what they deserved. The same reasoning prevailed with respect to the terrorist attacks on Madrid in 2004 and on London in 2005, when many good souls, on both the right and the left, portrayed the attackers as unfortunate people protesting Europe's insolent wealth, its aggression in Iraq or Afghanistan, or its way of life."

In fact, Bruckner argues, while Europe was certainly guilty of racism, colonialism, fascism and the rest of the endlessly recited catalog of culpability, Europe also transcended those sins and provided the intellectual ammunition with which to defeat them. Europe conquered others, but also developed the discipline of anthropology, which "is a way of seeing through others' eyes."

Yes, they sent armies to foreign capitals, but "the colonial adventure died of this fundamental contradiction: the subjection of continents to the laws of the mother country that at the same time taught is subjects the idea of a nation's right to govern itself. In demanding independence, the colonies were applying to their masters the very rules that they had learned from them."

Europe, Bruckner adds, "has vanquished its most horrible monsters. Slavery was abolished, colonialism abandoned, fascism defeated, and communism brought to its knees. What other continent can claim more?"

Europe's collective guilt complex has produced passivity in the face of contemporary challenges. "If the Old World invariably prefers guilt to responsibility, it is because the first is less burdensome; so one puts up with a guilty conscience." And the nub is this: "Our lazy despair leads us not to fight injustice but to coexist with it. ... Repentance makes of us a people who apologize for old crimes in order to ignore present ones."

And that becomes a new crime. Bruckner's indictment is a sharp corrective to the indolence that has come to characterize the birthplace of Western civilization. Let's hope it's not too late.