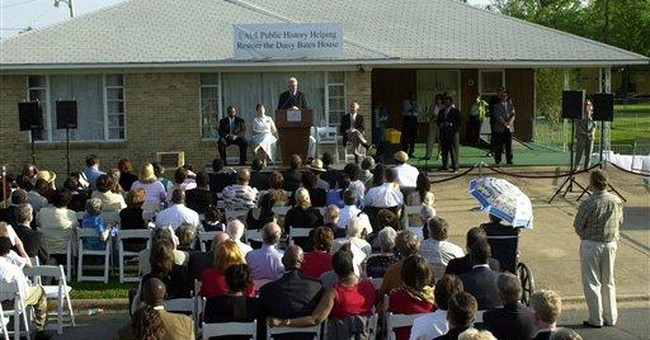 The U.S. Civil Rights Commission (yes, it's still around and yes, it's outlived its usefulness) is about to subtract from national wisdom about college admissions by focusing on exactly the wrong problem.

The commission has undertaken an inquiry to determine whether colleges may be discriminating against female applicants. The question turns on whether admissions officers, in an attempt to maintain rough gender parity on campuses, are putting a thumb on the scale in favor of underrepresented male applicants, thus disadvantaging the more qualified females.

That this is happening -- though it theoretically violates the law for public institutions -- is an open secret. Women now earn 62 percent of associate degrees, 58 percent of bachelor's degrees, and 60 percent of master's degrees. Women's dominance in higher education would be even more pronounced if colleges were truly gender blind in admissions. But they are not. Swarthmore College in Pennsylvania admitted 19 percent of male applicants last year but only 14 percent of females. The College of William and Mary, a public college in Virginia, admitted 43 percent of its male applicants and 29 percent of its female applicants last year. Administrators worry that a severe imbalance of women to men will make the campus less desirable for all applicants. Director of Admissions Henry Broaddus told US News and World Report, "Even women who enroll ... expect to see men on campus. It's not the College of Mary and Mary; it's the College of William and Mary."

US News estimates that most of the 1,400 colleges that participate in its annual survey are offering more favorable admissions standards to male than female applicants. Boys now need the extra help.

So we seem to have a problem here. For every 100 women who earn a college degree, only 73 men do. These statistics practically shout "boy crisis." Yet the Civil Rights Commission apparently sees the problem as one of discrimination.

Let's suppose the commission finds the discrimination it is seeking (which won't be hard). And let's imagine that they issue a blistering report exhorting Congress and the nation to remedy this injustice. Will women be happier at campuses in which men comprise only 35 or 40 percent of the student population? Will our society be better off with women outpacing men in education and income? Or might it be better to address the flagging achievement of boys in our school system?

As nearly everyone who is not president of Harvard can acknowledge, boys are the intellectual equals and sometimes superiors of girls. Despite their diminished numbers in higher education, boys continue to perform narrowly better on verbal standardized tests than girls, and significantly better than girls in math. IQ experts agree that boys are more represented at both ends of the bell curve than girls. James Q. Wilson summed it up: "There are more male geniuses and more male idiots." But girls are racking up the A's in primary, middle, and high school. They are excelling at extracurricular activities. They are assuming leadership posts, multitasking, and polishing the kinds of resumes admissions officers admire.

Christina Hoff Sommers argued nearly a decade ago in "The War Against Boys" that in our zeal to remedy past discrimination against girls, we had managed to pathologize normal male behavior. The schools in particular, she wrote, discouraged male strengths like competition and drive in favor of female strengths like cooperation and detail work.

Let's concede that the campaign to boost girls' performance succeeded very well. But with more than two decades of data showing diminishing achievement by boys, it is past time to focus on reviving their fortunes. Is it the schools' bias against competition? It's worth examining -- particularly when we know that all of our kids, boys and girls alike, will be competing against highly disciplined students from India, China, and elsewhere who work twice as hard.

Or could it be another aspect of male brain development? The New York Times profiled a fast-growing service catering to upper-middle-class parents in New York -- organizational tutors. They help kids (overwhelmingly boys) who are capable students but who cannot seem to hand in assignments on time, keep their backpacks orderly, or their notes current. "The guys just don't seem to develop the skills that involve organization as early," explained psychologist Judith Kleinfeld.

The boy crisis may be an artifact of our weakened families, or our feminized school environments, or Take Your Daughter to Work Day, or all of the above. But as the mother of three sons, that messy backpack with crumpled math homework due last week really resonated. The Civil Rights Commission can do us all a favor by going away. Bring on the organization gurus!