Can Obama Rise to Harding's Level? 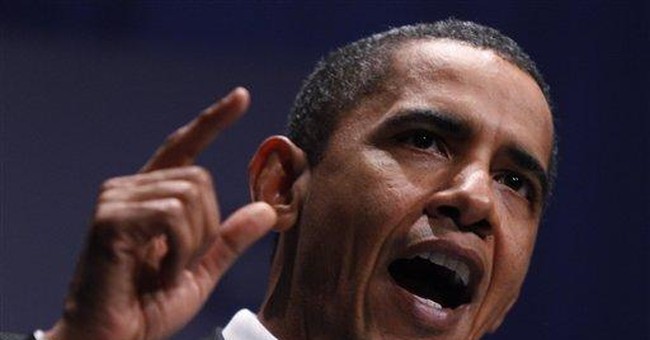 Picture this: It is midnight on Nov. 4, 2009. The previous day's elections in Virginia, New York's 23rd congressional district, and New Jersey have all been won by Republicans. Health reform is stalled. The latest employment numbers are still dismaying. President Obama cannot sleep. He paces the halls of the White House and comes upon a portrait of Warren Harding. Since President Obama is nothing if not a receptacle of received understanding, he would probably snort "Harding! What a disaster he was! Cronyism. Laissez-faire economics. Corruption. Incompetence."

Well, it's true that Teapot Dome and other scandals engulfed the Harding administration in 1923. And that's pretty much all that popular histories remember about the 29th president. Harding died in office before he could restore his reputation. But if his portrait could talk, it might remind President Obama of a few things he could take to heart.

When Harding took office in 1921, the U.S. economy was in a far worse depression than President Obama inherited. A savage inflation had eroded buying power and unemployment stood at 20 percent. The U.S. had suffered more than 116,000 dead and 205,000 wounded in the war. Additionally, 650,000 mostly young and productive Americans had been killed by the Spanish flu. Between 1920 and 1921, GDP had declined 24 percent from $91.5 billion to $69.6 billion. Civil liberties had been trampled under the Wilson administration. Wilson had jailed socialist leader Eugene V. Debs, for example, for opposing the U.S. role in World War I. "With the exception of Lincoln," wrote The Nation magazine, "probably no president in our national history has taken office with as pressing a burden of unresolved questions."

Harding, a Republican, not only pardoned and freed the socialist Eugene Debs, who had been prosecuted by the Democrat Wilson; he invited Debs to the White House.

Within a few months of the Harding economic reform plan passing Congress, the economy began to revive. By 1922, the GDP had jumped to $74.1 billion and would continue its dramatic rise every year until 1930. Unemployment plunged to 6.7 percent and continued to drop. In 1926, the unemployment rate reached 1.6 percent, a record unmatched in peacetime. The Roaring '20s were on.

President Obama and others of a social Democrat cast of mind tend to remember the '20s only by the way they closed. But that period of prosperity was a remarkable achievement for any nation. As Jim Powell, author of "FDR's Folly," noted (quoting historians Richard Vedder and Lowell Galloway): "'The seven years from the autumn of 1922 to the autumn of 1929 were arguably the brightest period in the economic history of the United States. Virtually all the measures of economic well-being suggested that the economy had reached new heights in terms of prosperity and the achievement of improvements in human welfare. Real gross national product increased every year, consumer prices were stable (as measured by the consumer price index), real wages rose as a consequence of productivity advance, stock prices tripled. Automobile production in 1929 was almost precisely double the level of 1922. It was in the twenties that Americans bought their first car, their first radio, made their first long-distance telephone call, took their first out-of-state vacation. This was the decade when America entered 'the age of mass consumption.'"

As President Obama continues his midnight stroll in the White House, he can ponder the fact that his economic policies have or promise to: a) increase taxes on the job-creating sectors of the economy; b) increase energy costs to businesses and individuals; c) increase the size and expense of government; d) increase health care spending (don't kid yourself); e) increase union power and thus the cost of labor; and f) double the national debt over the next 10 years.