Mona Charen  |  Feb 03, 2009
The opinions expressed by columnists are their own and do not necessarily represent the views of Townhall.com.
Top Columns
Trending on Townhall Media 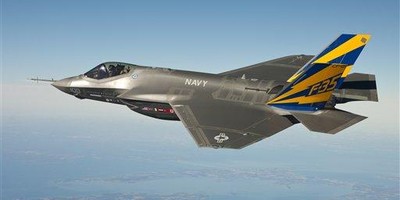 The morning TV chats shows were chockablock with beaming doctors last week telling the birth story of the second set of octuplets in American history. "Good Morning America" was just brimming with exclamations of joy and wonderment at the successful live delivery of eight premature infants. Mike von Fremd reported live from the California hospital and Diane Sawyer interviewed two from the team of doctors who performed the delivery. Everyone was wreathed in smiles.

But while the safe delivery of any baby is cause for thanksgiving, this tendency by the press to create celebrities of parents who give birth to multiple babies is utterly misbegotten.

It would be different if this were a natural occurrence. But it very rarely is. Data from the late 19th century, long before the era of fertility drugs, found that twins occurred roughly once in 87 births, triplets once per 7,103 births, and quadruplets once in 757,000 births. Quintuplets were not even reported. But fertility drugs have now made multiple births far more common -- and medical science has made it possible for more and more of these severely premature infants to survive. It's wonderful if they survive, and even more wonderful if they are healthy. But in a multiple birth involving more than two babies, the risk of early death and a host of medical and psychological problems -- from cerebral palsy to learning disabilities -- skyrockets. Assisted reproduction technology available, if used properly, can dramatically reduce the odds of multiple births. When a woman finds herself pregnant with so many at once, it's a failure of assisted reproduction, not a triumph.

A few days after the octuplets' birth, news about their mother began to leak out. We have learned that Nadya Suleman, 33, is a single, unemployed woman who already has six children between the ages of 2 and 7 (one of whom suffers from autism). The father of her new brood is reportedly a friend who donated his sperm, and Suleman is said to be hoping that Oprah Winfrey will pay her $2 million to appear on her program.

Maybe the party was premature.

Ms. Suleman was probably poorly served by whatever doctor agreed to transfer so many embryos into her uterus at once -- though it isn't altogether clear how many were transferred. It is possible (though rare -- one in 250) for one or more embryos to spontaneously divide and form identical twins. Still, in all likelihood, too many frozen embryos were transferred. Her mother (none too happy apparently at the added burden of all these grandchildren) told the press that her daughter had used embryos from previous in vitro attempts. Also according to the grandmother, when it became clear that so many babies were developing, the fertility doctor had advised Suleman to "selectively" abort some of them to improve the chances for the others. This, for understandable reasons, she declined to do. It is a stain on the assisted reproduction industry that any parent is ever asked to make such a choice -- to kill one child for the sake of another.

Still, if her fertility doctor ill-served her, so did her society, by treating childbearing as a kind of self-expression. "She was obsessed with having children since she was a teenager," we learned from her friends. Well, fine. But she was clearly not obsessed with creating the proper environment in which to raise children. That environment would include, just for starters, a husband. An income would be nice as well, as would her own home.

But movie and sports stars don't do those things, nor even members of Congress these days. Consider Rep. Linda Sanchez, who represents the district in which Suleman lives. She announced last November that she is pregnant, though single. "I don't know how it'll be received," Sanchez told the Los Angeles Times. "I hope people will recognize that to be able to plan that in your life -- I don't think that marriage and childbirth are black and white. There are certain instances in which you have to do things in reverse order." Yes, well, she needn't have worried. Everyone was totally understanding. No marriage yet either.

People think the old stigma about unwed childbearing was all about sex. It wasn't. It was about children and what's best for them. Of course some women want babies the way others crave shoes, but babies are not, or at least shouldn't be treated as, consumables. Badly done all around.