Sex and the Single Kid 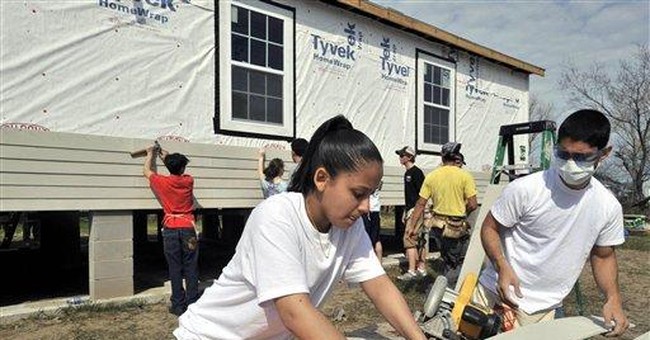 So it's the day before the election that will supposedly sweep away all vestiges of conservatism in American life and what do I find? The Washington Post carries a front-page story about TV contributing to teen pregnancy.

"Teenagers who watch a lot of television featuring flirting, necking, discussion of sex and sex scenes are much more likely than their peers to get pregnant or get a partner pregnant, according to the first study to directly link steamy programming to teen pregnancy."

The study, published in the journal Pediatrics, followed 700 12- to 17-year-olds for three years. Those who viewed the most sex-drenched TV shows were twice as likely as their peers to impregnate someone or get pregnant themselves.

The Post interviewed the usual "experts" for reactions to the research. "We have a highly sexualized culture that glamorizes sex," said Valerie Huber of the National Abstinence Education Association. Well now, there's an understatement!

Look no further than the pages of the Washington Post itself. It features an almost-daily ad on Page Two that touts "Sex for Life" and features imagery of a man and woman with come hither looks. She dangles her bra over his shoulder. Recently, The Post saw fit (as did the New York Times and I'm sure many other "family" newspapers) to publish an obituary for that great cultural icon Jerry Gerard, whose contribution to the world was pornography like "Deep Throat" and "The Devil in Miss Jones." I don't know about you, but I could have let him meet his Maker unheralded. Publishing an obit for a pornographer (remember when that was a dirty word?) is part of the general mainstreaming of pornography. You can order it at most hotels now. And so can your kids if they are in a separate room and you are not very careful. Sometimes the Playboy channel is offered without the necessity to order it by phone. Isn't that grand for the kids who are in the adjoining room to mom and dad?

This sort of thing is not limited to liberal outlets, of course. We have XM radio in our car. The commercials that run on the Fox News channel seem to be about 50 percent for Viagra and other "performance enhancing" drugs. Aside from explicitly Christian and other religious entertainment (which is overly goody two shoes for my taste), inappropriate sexual content is everywhere -- in music and music videos, in magazines (have you been to a supermarket checkout lately?), in video games, in movies, and on television.

Television is our national teacher. American children spend more time in front of the TV screen (an average of four hours daily) than at any other non-school waking activity. The Parents Television Council has reported that in 2005, "Desperate Housewives" was the most popular broadcast TV show among kids aged 9-12. Bill Cosby is so right: It's so easy to use sex and profanity to get a laugh. How much more difficult to strive for genuine wit.

So the kids are utterly bombarded from the youngest ages with sexual messages. And with 54 percent of kids having a TV in their bedroom, most parents are clearly not shielding them. The PTC also reports that "46 (percent) of high school students in the United States have had sexual intercourse. Although sex is common, most sexually active teens (say they) wish they had waited longer to have sex, (suggesting) that sex is occurring before youths are prepared for its consequences. One case of an STD is diagnosed for every 4 sexually active teens."

The same issue of Pediatrics also features an article on the association between violent Internet content and aggressive behavior among teenagers. You guessed it. They found "significantly elevated" odds of violence among those who entertained themselves with violent imagery. The study controlled for factors like alcohol consumption, parental monitoring, and other characteristics. According to the American Psychiatric Association "The debate is over. Over the last three decades, the one overriding finding in research on the mass media is that exposure to media portrayals of violence increases aggressive behavior in children."

So, here we are. For decades the overwhelmingly liberal cultural arbiters in Hollywood and in the music industry have denied that they are having any negative effect at all on children. While degrading our culture and raking in the cash, they've disclaimed all responsibility. Parents can turn it off, they sniff. (Though they are so careful to excise smoking.) The studies accumulate. The sexual invitation that is modern entertainment continues unabated. The violence gets more graphic daily. And the kids get the abortions, and the STDs, and the emergency room visits, and the heartache.