Some Will See the Light, Others Will Feel the Heat 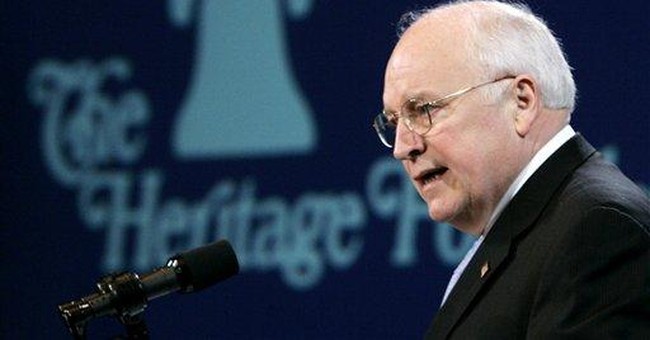 But despite these advances, the overall trajectory of national policy has bent toward greater dependency on government. The proportion of our population dependent on government for basics such as food and shelter continues to grow. More and more have been conditioned to rely increasingly on federal assistance in areas ranging from health care and retirement security to education.

Meanwhile, the share of Americans paying income taxes declines. Government has become an engine of redistribution, creating a growing constituency of “takers” supported by a shrinking population of “givers.” As a result, America’s ethic of self-reliance—and the institutions of civil society designed to provide neighborly care to the needy—face the gravest threat posed in our nation’s history.

How has the nation managed to slip further away from the core values of our founding, despite conservative victories? Part of the problem is a fudging of the distinction between partisan battles and ideological disagreements. The former pit Republicans against Democrats in ways to score political points. The latter feature conservatives squaring off against liberals in a competition to see who offers the most appealing policy solutions.

As these lines have blurred, the idea of an “activist think tank” has been gradually devalued. New think tanks pop up only to produce thinly cloaked partisan propaganda. Instead of seeking creative solutions to public policy questions and then marketing these efforts aggressively, these groups are little more than messaging organizations for entrenched interests intent on the perpetual expansion of federal government.

Bereft of an ideological compass, much of official Washington has come to equate Big Government with Good Government. Whatever the problem, Washington views it as a “nail” demanding a legislative or regulatory “hammer.”

Federal intrusiveness in the daily lives of Americans has grown exponentially, yet bureaucrats hanker for even more power. As Transportation Secretary Ray LaHood said last May, when asked about the Administration’s Livable Communities Initiative, “About everything we do around here is government intrusion in people's lives. So have at it.”

But in Main Street, America, more and more people have had it with that attitude. And it’s not something that started with this Administration or the Tea Party movement.

In the 2006 and 2008 elections, the American people did not reject conservatism. They rejected Big Government Republican rule. Subsequently, despite campaign assurances that “the era of big government was over,” they found themselves saddled with the most left-wing government our nation has seen since at least the Carter days. The role of the federal government in health care has been drastically increased; government has meddled in the inner workings of our capitalist system to unheard of degrees; and the Obama/Reid/Pelosi government wants to continue this trend with carbon taxes, new regulations, and higher taxes.

As an educational institution, The Heritage Foundation has played a non-partisan role in educating policy makers, the media, and the American public about the benefits and drawbacks of policy proposals. When Democrats have come up with good ideas, Heritage has praised them. When Republicans have promoted bad ideas, Heritage has exposed the flaws.

In 1973, when Heritage Foundation was founded, showing policymakers the light was enough to change the course of the nation. At the first meeting of his cabinet, Ronald Reagan passed out Mandate for Leadership, Heritage’s 1,093-page policy guide. He declared it the playbook for his administration. By the end of his Administration, nearly two-thirds of Mandate’s 2,000 recommendations had been adopted.

Today, the realities of partisan politics, the temptations of incumbency, and a media establishment that no longer has the integrity to even expose the patently unrealistic CBO scoring process combine to prevent many in Washington from seeing the light radiating from even the best ideas. This is why The Heritage Foundation has decided to supplement its first-rate educational efforts with the creation of a grassroots advocacy organization—Heritage Action for America—that will make policymakers “feel the heat” from an engaged, conservative constituency.

Thousands of lobbyists and billions of dollars flood Washington each year arguing on behalf of special interest groups and political parties. Heritage Action for America will fight them on their terms, but Heritage Action will be fighting on behalf of the timeless principles of governance articulated by our nation’s Founders and the policy recommendations Heritage researchers develop in accordance with those principles.

The first amendment guarantees all citizens the right to petition their government for redress of grievance. Today, millions of Americans are aggrieved by a political system which has lost sight the principles which informed the nation’s founding and enabled her to flourish and become the envy of the world. The Heritage Foundation will remain an educational beacon showing policymakers the true path to greater freedom, opportunity and prosperity for all. Heritage Action for America will keep them from wandering astray, lost among the treacherous byways of progressivism.