The Left Lacks the Transparency of Trump on Judges

Mike Davis
|
Posted: Jun 19, 2019 10:34 AM
Share   Tweet
The opinions expressed by columnists are their own and do not necessarily represent the views of Townhall.com. 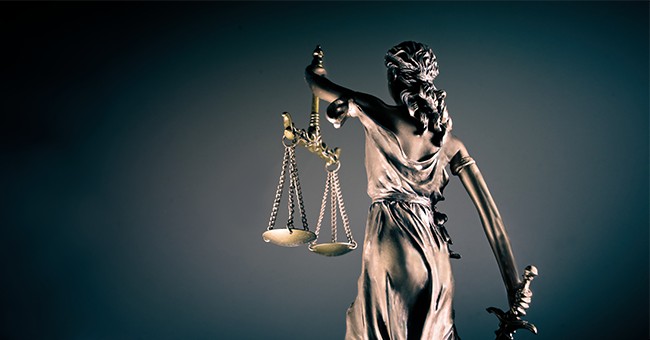 In May 2016, nearly six months prior to the presidential election, then-candidate Donald J. Trump took the unprecedented and bold step of publicly releasing a list of 11 potential Supreme Court nominees, if he were fortunate enough to have the American voters choose him as our next president. Mr. Trump stated:

“Justice Scalia was a remarkable person and a brilliant Supreme Court Justice. His career was defined by his reverence for the Constitution and his legacy of protecting Americans’ most cherished freedoms. He was a Justice who did not believe in legislating from the bench and he is a person whom I held in the highest regard and will always greatly respect his intelligence and conviction to uphold the Constitution of our country. The following list of potential Supreme Court justices is representative of the kind of constitutional principles I value and, as president, I plan to use this list as a guide to nominate our next United States Supreme Court Justices.”

Mr. Trump updated his public list in the September before the election, adding then-Judge Neil Gorsuch and nine others.

Mr. Trump vocally and repeatedly made his public case to the American voters about his public list of potential Supreme Court nominees. And in one of his first major official acts, President Trump fulfilled his promise to the American people and nominated, won Senate confirmation for, and appointed Justice Neil M. Gorsuch from the public list to fill the seat of the late-Justice Antonin Scalia, a lion of the law.

The Democrats and their leftwing allies are trying to play catch-up. But the approach they are taking could not be more different than President Trump’s. Indeed, The New York Times recently announced the Left’s formation of “Building the Bench Initiative,” a shadowy new left-wing group tasked with creating a list of “public defenders, civil rights advocates and others with more varied backgrounds” (a/k/a “liberal judicial activists”) as potential federal judicial nominees for the next Democrat president.

So who is on their list? Shockingly, they won’t even tell us. Yes, you read that correctly. The Democrats and their left-wing allies are compiling a backroom, secret list of potential federal judges who they will have ready to appoint, if and when they reclaim the presidency.

Why are they scared to tell the American people the names of potential federal judges who are on their secret list?

One only need to look at the 31 (and counting) ambulance-chasing trial attorneys, cop-hating whacky professors, abortion-industry grifters, and other leftwing zealots who are compiling the backroom, secret list to understand why their potential federal judges would scare the heck out of American voters.

Indeed, Mark Tushnet wants to abolish the Supreme Court. Frank “The Strong Arm” Azar, a notorious plaintiffs’ attorney who has plastered his face on TV and billboard ads in Colorado for years, has made 104 donations totaling over $400,000, all to Democrats and their PACs. Melissa Murray defended having drag queens read to small children. She is an abortion extremist, praising New York's radical anything-goes abortion policies. Harold Koh, the former dean of Yale Law, kicked military recruiters off campus at Yale during the height of the War on Terror. Kimberle Crenshaw invented the term intersectionality, calls cops killers and praised famous hoaxer Jussie Smollett. This is just scratching the surface.

The types of federal judges the president of the United States selects is of critical importance. We know where President Trump stands. We need to know where the 24 Democrat presidential wannabes stand.