Mike Adams
|
Posted: Aug 12, 2019 11:35 AM
Share   Tweet
The opinions expressed by columnists are their own and do not necessarily represent the views of Townhall.com. 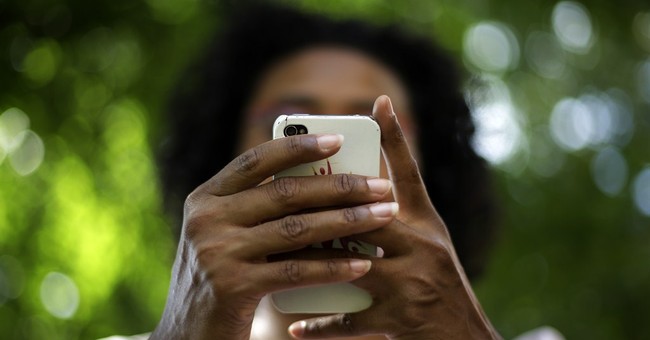 Once again, the University of North Carolina at Wilmington needs to be sued. In order to do that, there must be at least one presently enrolled student willing to step up and challenge a Student Affairs division that appears to be consistently violating state law – and also intentionally chilling constitutionally-protected speech. Since the state law at issue is fairly new, some background information is in order.

In 2017, the North Carolina legislature passed a free speech bill called HB527. I helped work on the bill along with its sponsor, Representative Chris Millis. There were a number of goals in passing the legislation. Among them was a desire to rid the UNC system of speech codes, which were aimed at banning “offensive speech,” and thus predictably punished constitutionally-protected expression. Towards that end, the bill contained the following language:

“It is not the proper role of any constituent institution to shield individuals from speech protected by the First Amendment, including, without limitation, ideas and opinions they find unwelcome, disagreeable, or even deeply offensive.”

Before we proposed that legislation, Dean Mike Walker’s Student Affairs division was overseeing a freshman orientation process that included “micro aggression” training. This training was geared toward teaching students how to be offended by mundane speech that was never intended to be offensive. Furthermore, it taught students that verbal slights were the equivalent of physical assaults. So we included the following language in our bill, which was based on a white paper published previously by the Goldwater Institute:

“All constituent institutions of The University of North Carolina shall include in freshman orientation programs a section describing the policies regarding free expression consistent with this Article.”

Recently, a concerned UNCW parent named David Henderson brought evidence of a possible violation of HB527 to my attention. That evidence came in the form of an email sent by Dean Walker from his official university address to David’s son, Jacob. Walker’s email warned Jacob that one of his Twitter posting had produced a complaint. The offensive post dated back to May, which was after Jacob committed to attending UNCW. It was also three full months before he was to begin taking classes as a freshman. Here is the tweet in its entirety:

“The left tries to correct rape through the murder of a child … how foolish.”

As one can easily see from this tweet, Jacob Henderson is a consistently pro-life student who does not support killing an innocent human being simply because he or she was conceived in rape. Of course, reasonable people can disagree with Jacob about this particular view on abortion.   But no reasonable person can question the fact that his opinion is protected by the Constitution. In fact, it does not even come close to being outside the realm of protection. Although it is core political speech, it is also conservative pro-life expression, which is often under fire at UNCW.

Predictably, another incoming UNCW student was completely unreasonable in her response to Jacob’s tweet. Hearing a contrary point of view so badly shook her that she filed a complaint with Dean Walker’s Office. In other words, the complainant was a typical feminist with no sense of respect for ideological diversity – the very kind of censor HB527 is supposed to deter.

This complaint should not have been filed, given the fact that Walker was legally obligated to teach the complainant about HB527 in freshman orientation. Of course, that legal obligation included teaching her that he (Dean Walker) and UNCW were not supposed to “shield individuals from speech protected by the First Amendment, including, without limitation, ideas and opinions they find unwelcome, disagreeable, or even deeply offensive.” Moreover, one could say that when Walker received the complaint, he was handed a teachable moment. But he more than fumbled the opportunity when he sent Jacob Henderson the following intentionally intimidating email:

Hi Jacob. I just want to give you a heads up that UNCW has received a complaint about your social media exchanges. While UNCW does not take an official position on student on-line postings, and does in no way intend to censor students based on their perspectives, as we discussed during the Community Standards session at orientation, it is important for our students to treat others with dignity and respect, and to be mindful of how they characterize themselves on social media. So toward that end, please know that we have received a complaint and please consider refraining from engaging in any behavior on line that could call into question your conduct as a new member of our community.

Sincerely, and looking forward to your start here in August,

David Henderson’s phone call to Dean Walker was met with a predictable attempt to minimize the gravity of the administrative transgression. David reports that Walker attempted to downplay the email by saying that such emails are typically met with two different types of reactions from students:

This defense epitomizes the kind of severe intellectual hernia we have come to expect from administrators at UNCW. Dean Walker was obviously trying to communicate to Henderson that UNCW students are free to ignore him. But he unwittingly communicated to Henderson that UNCW students are often so intimidated that they remove their constitutionally-protected free speech from the marketplace of ideas.

And that is why UNCW needs to be sued. Toward that end, I need to hear from any students who have previously removed constitutionally-protected speech from their social media accounts in response to email threats from UNCW administrators.

Just forward their emails to me. I’ll supply the lawyer.