Mike Adams
|
Posted: Aug 05, 2019 10:58 AM
Share   Tweet
The opinions expressed by columnists are their own and do not necessarily represent the views of Townhall.com. 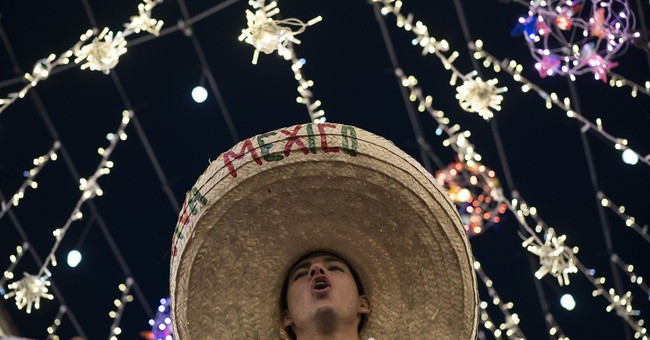 It once was the case that only those foolish enough to take a course in sociology risked being accused of “culture appropriation.” Unfortunately, the concept has leaked out into the larger society to the extent that I now get emails from people seeking advice on how to respond to the accusation. The following is an example of an email I received just a few days ago:

Hello Mike: I have a question. I don’t know if this is appropriate to ask, but what is your response to cultural appropriation? I think it is stupid liberal whining, but how do I address it in a "high road" way? Are there any articles or schools of thought resources I can research? Thanks! Alicia.

Having found no specific resources, I decided to publish my brief response in column-form so that those facing the accusation will be prepared. It is brief, but here is all you need to know the next time you are accused of “appropriating” another culture:

Dear Alicia: The concept of cultural appropriation is like a lot of progressive ideas. It is so ridiculous that all you have to do is ask the proponent of the idea some pointed questions in order to poke a hole in the concept. Let’s start with an example.

Several years ago, some fraternity men were accused of cultural appropriation because they decided to throw a Cinco de Mayo party at which they all wore sombreros. The results were predictable. They got drunk, they posted pictures of themselves wearing sombreros all over social media, and then people got offended. That led to the specific accusation of cultural appropriation and subsequent trouble with their school’s administration. The question is: What would you do if faced with a similar accusation?

There are two possible responses I would recommend – the first slightly aggressive and the second much more so.

The first option would be to point to the hypocrisy of accusations of cultural appropriation by asking questions about how the accuser also “appropriates” the culture in question.

In the case of the sombrero controversy, the accused could ask his administrative accusers whether they ever eat Mexican food, whether they ever drink Mexican beer, or whether they have ever spoken a word of Spanish. This would force the accuser to either a) lie with no chance of being believed, or b) tell the truth and thus face a counter charge of violating the prohibition against “appropriating” Mexican culture.

The second option would be to point to the gross insensitivity of accusations of cultural appropriation by asking questions about how the accuser might also “appropriate” cultures other than the one in question.

Sticking with the example of the sombrero controversy, the accused could also ask his administrative accusers whether they ever eat fried chicken, whether they ever drink Kool Aid, or whether they have ever spoken a word of urban English, which might include something as mundane as singing the lyrics of a rap song.

This line of questioning would likely offend the accuser. In fact, it would probably force the accuser to indignantly assert that such questions emerge from (and also reinforce) deeply offensive cultural stereotypes. At that point, you will be on the verge of winning the argument. All you have to do is slowly explain the point of your questions, which is simply to illustrate the obvious:

Accusations of cultural appropriation are inherently offensive because they rely upon the accuser’s validation of stereotypes of other cultures.

In other words, by saying “you can’t do that because that is what  _____ people do,” the accuser violates a principle he is trying to uphold; namely, that we should avoid denigrating other cultures. Obviously, the reinforcement of caricatures of members of other cultural groups violates that general principle.

But there is an even deeper problem with the concept of appropriation. Taking a coin out of your pocket and reading it can help you to readily understand it. On that coin, you will see three inscriptions: Liberty, In God We Trust, and E Pluribus Unum.

As Dennis Prager has pointed out, these are three core American values that are under assault by the progressive left. From here, it is easy to walk through them and how each is under assault.

Put simply, multiculturalism is antithetical to the value of cultural assimilation. It is a dangerous ideology, which says that our society should be composed of different cultural enclaves with different values and norms for behavior. It is the sine qua non behind accusations of cultural appropriation. Moreover, it is the very reason why America has devolved into an unprecedented level of tribalism.

In a nutshell, accusations of cultural appropriation are not unifying. To the contrary, they are divisive. They are also deeply un-American.

So thank you for your question, Alicia. I hope this answers helps.

If I have failed to explain this issue adequately, readers should take the time to read Still the Best Hope, by my old friend Dennis Prager. It’s the best book I have read in years.  And, Dennis, if you are reading this, you owe me a box of cigars for the book plug.

Just send me some Dominicans. I’ll gladly “appropriate” them with a bottle of Scotch.

And I promise to burn all evidence of appropriation in the process.