Get Back in the Kitchen and Bake Me Another Petition!

Mike Adams
|
Posted: Apr 04, 2017 12:01 AM
Share   Tweet
The opinions expressed by columnists are their own and do not necessarily represent the views of Townhall.com. 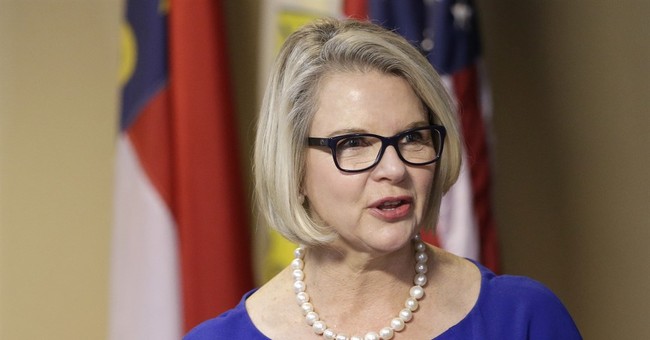 I am writing today to express my disgust with you over recent remarks you made about me to a “progressive” newspaper reporter. As you will recall, some feminists had started a petition, which was seeking my termination from employment in the UNC system. In order to bolster their case, they included a number of remarks I had made on social media, which they deemed to be “sexist.” When the reporter asked you about the petition, you characterized my views as both “abhorrent” and as “hate speech.” I am writing today to provide a rebuttal to your comments, which I view as both abhorrent and hateful. Please allow me to back up my claims with evidence.

Put simply, Margaret, it was both hateful and abhorrent for you to characterize my views in such a negative manner based on just a few out-of-context quotes. Had you exercised more self-control than the unhinged feminists calling for my termination, you could have made a better judgment about the nature of my speech based on a larger sample. Today, I write to provide a few other samples of my speech upon which you could have made a more informed assessment. Although inspired by many, these quotes are all my own:

“The constant repetition of words such as ‘patriarchal,’ ‘phallocentric,’ and ‘male-dominated’ has an effect similar to the one described in George Orwell’s 1984. If you want to see the ‘two minutes hate’ in practice just attend an annual ‘Take Back the Night’ march or go see The Vagina Monologues. As much as they decry hate speech, they actually seem to love it. In fact, hate speech is the closest a feminist comes to actually having a love language.”

“Feminist professors often pursue the notion that beauty is not objective but instead ‘socially constructed’ by showing their students medieval paintings of nude, pudgy women. The argument is that fat used to be considered attractive. Therefore, it can be that way again with enough social engineering. Thus, feminists seek nothing less than to change societal perceptions of beauty with millions of dollars of taxpayer funded programs. This raises a rather obvious question: Wouldn’t it just be easier for them to exercise?”

“I’ve never seen a bunch of poor, oppressed feminists board a leaky boat in Miami in order to paddle their way to freedom in Castro Cuba. But I do have a few friends in South Florida who escaped from communism. They still have their boats. We’d be proud to give these Marxist feminists a lift to Havana any time.”

“The four most common words a feminist uses are ‘I,’ ‘me,’ ‘my,’ and ‘mine.’ Feminists are the only people in society who actually use these four words more often in adulthood than they did when they were two years old.”

“The communists killed 100,000,000 innocent humans. If feminists can prevent Roe v. Wade from being overturned, they will eventually beat that record. After they break the communist murder record, the feminists should come up with their own flag. Instead of a sickle and a hammer it could feature a scalpel and a suction tube.”

In all seriousness, Margaret, any rational person could see that the feminists trying to get me fired from my job are nothing more than a bunch of unhinged lunatics. The very fact that you felt compelled to respond in an attempt to appease them raises serious doubts about your professional judgment. So next time they come after me please feel free to share all of the above quotations with them. They will probably become so emotionally unraveled that they will flee for the nearest government subsidized safe zone. If they come back, just show them a copy of the legal bill UNC had to pay the last time they stood behind a bunch of unhinged feminists who tried to suppress my speech.

In closing, you may recall that when campus leftists tried to prevent your installation as UNC president last year I defended you. I now conclude this communication by letting you know that I am officially retracting my previous public support of you. In the future, when someone comes after your job then you will be on your own. I wish you the best of luck, Margaret. Before long, I am afraid you’re going to need it.