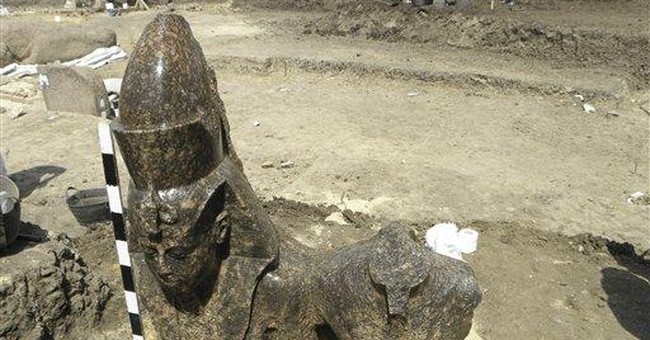 Author’s Note: This is the second column in a series. The last installment, “This is Providence,” can be accessed in my column archive. Some of the themes discussed in this series were also part of a speech I gave at an Alliance Defending Freedom (ADF) event in July. The full speech can be viewed by clicking this link.

Don’t let anyone tell you that our university officials are ignorant of the First Amendment. They are not. In fact, they know all about it. But they are actively trying to destroy it with one convoluted argument at a time. The most extreme example I ever saw occurred in Richmond, Virginia on January 26, 2011.

The scene was oral arguments before the 4th Circuit Court of Appeals in the case of Yours Truly v. the Board of Trustees of UNC-Wilmington. Then-Associate Attorney General Tom Ziko was arguing on behalf of the State of North Carolina. His argument was that college professors could lose all First Amendment protection for speeches and columns written as private citizens on matters of public concern if they ever mentioned them on an annual evaluation or promotion application.

While he stood there and made that incredible assault on free speech, two Marxist defendants sat right behind him - failing utterly to grasp the implications of the argument. That’s okay, because Ziko didn’t understand the implications of his argument, either. However, he was soon forced to understand when Judge Niemeyer asked him to imagine a three-part hypothetical situation.

Remarkably, Ziko refused to reject the possibility that university officials could in fact deny a promotion based on their distaste for a political view contained in a speech – moreover, simply for mentioning (on a single line of a promotion application) that the speech happened. That aggressive position cemented our argument that the university was attempting to engage in wholly impermissible viewpoint discrimination.

Unsurprisingly, the panel agreed. Indeed, they published their unanimous opinion less than three months later – thus proving that Joe Martins was right. All had not been lost when the district court previously threw out our case. In fact, we had just set an important First Amendment precedent. We had not suffered defeat. This was Providential – and it was now precedential as well.

Of course, the 4th Circuit decision also meant that we were headed for a possible trial, which is serious, stressful, and time-consuming business. Accordingly, Judge Howard decided that both sides should sit down and try to negotiate a settlement. So both sides sat down in federal court in September of 2011. The so-called mediation turned into an unmitigated disaster.

Two of my attorneys, charging hundreds of dollars an hour, flew in from out of state. They left behind their families and their other responsibilities in order to try to work things out with our adversaries. But it was a nasty affair. The other side simply decided to thumb their noses at us and try to intimidate us by refusing to negotiate in good faith. I left the courtroom that day extremely dejected.

Because Defendant Cook, UNCW Counsel Scherer, and Associate Attorney General Ziko were the only ones present on the other side, we simply assumed Ziko was responsible for the belligerence. After all, he had been extremely aggressive in oral argument and had earned a bad reputation among some federal judges for his arrogance and his abrasive demeanor. Later on, we would find out that Ziko wasn’t the problem at all.

After mediation, the Defendants were allowed to file another motion for summary judgment in response to the 4th Circuit ruling. This time, though it took Judge Howard sixteen months to rule, they would fail. On March 22, 2013, nearly six years after we filed the suit, Judge Howard signaled that we were headed for trial. But it would not happen until after the two sides sat down for another forced mediation. That mediation took place on October 29, 2013 – just one day before my 49th birthday.

This time in mediation another Associate Attorney General named Stephanie Brennan joined Defendant Cook and UNCW Counsel Scherer. Tom Ziko had retired and we hoped his absence would make for a more professional mediation. But we were wrong. Even the federal magistrate was visibly stunned by the arrogance of the university.

It had become obvious that the source of the belligerence was not Tom Ziko. It was Defendant Cook who defiantly showed up for court twenty minutes late. It was also obvious that UNCW lacked competent counsel. But, after all, Scherer worked for a public university, not a thriving law practice.

After the failed negotiations were over, my attorneys and I walked out of the federal courthouse and headed up Princess Street to have lunch at a little café on Front Street. As we were walking, the belligerent defendant drove right past us. On the back of her Subaru, there was a lone bumper sticker that read, “COEXIST.”

The irony was not lost on us. Fortunately, the tab for lunch would eventually be picked up by UNC-Wilmington. But that is the subject of the next installment.