The State of the Revolution 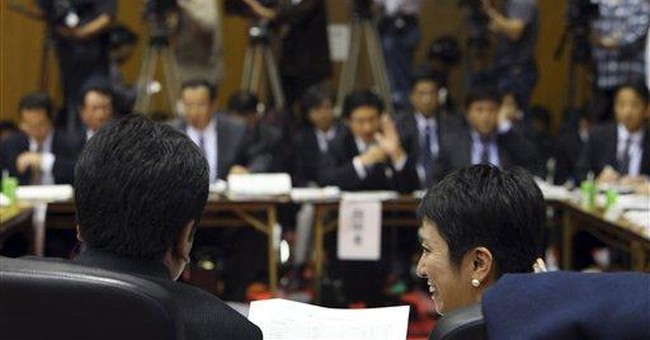 Author’s Note: I would like to thank the Pope Center for Higher Education Policy for sponsoring my next speech, which this Thursday, December 3rd. The speech will take place in the Talley Student Center Grand Ball Room at N.C. State University in Raleigh, NC. It will begin at 7:30 p.m. and will be free and open to the public.

It’s hard to believe it has been over four years since I spoke at N.C. State. That night, back in August of 2005, I gave a speech calling for a conservative revolution on our college campuses. I suggested many things that could be done to launch such a revolution. My criticism of the UNC administration was very harsh. But my criticism of conservative apathy was harsher. So, before I return to N.C. State this week, it would make sense for me to dedicate a column giving an account of what we’ve been up to on the front lines of this campus revolution.

The first shot in the revolution was fired by the Pope Center for Higher Education Policy in Raleigh, North Carolina. They teamed up with the Philadelphia-based Foundation for Individual Rights in Education (FIRE) to do an important study during the fall of 2005. The study focused on illegal speech codes in the UNC system. We all know these speech codes are used to censor conservative speech (and not The Vagina Monologues) because such speech is “offensive” and causes “discomfort.” Personally, I think the phrase “spread the wealth” is offensive. It causes me discomfort but (since I’m not a campus liberal) I won’t try to ban it.

After the Pope/FIRE study was published, I published my own veiled threat of litigation against the UNC-Wilmington speech code. A few weeks later, I called one of the lawyers working for the FIRE to let them know I would be actively seeking a plaintiff for a federal lawsuit aimed at overturning that policy.

While we were still on the phone, the FIRE attorney logged on to the UNC-Wilmington website and discovered they had already changed the speech code. In other words, the mere threat of litigation combined with the Pope/FIRE study had produced a victory. The speech code had been used to intimidate students, faculty, and staff for years. Now, we were turning the tables and intimidating the intimidators.

In January of 2006, I got a call from David French of the newly formed Center for Academic Freedom – a branch of my favorite public policy organization, the Alliance Defense Fund. David asked that I help him identify illegal speech codes and brave students willing to fight them. By the end of the year, we had worked together to bring down several speech codes through litigation or, in some cases, the mere threat of litigation.

Meanwhile, in January of 2006, the Libertarians at UNC-Greensboro were attacking a speech zone policy that banned free expression on 99% of their campus. The UNC-G Libertarians wrote an email to the administration telling them they would violate the policy the next day at noon - daring the police to arrest them for exercising their free speech rights. The university brought charges against the kids then dropped them. Then they brought more charges and dropped those, too. Finally, they gave up and removed the speech zone policy from the student handbook. But the Libertarians were not done with the UNC-G administration yet.

In early February, the Pope Center for Higher Education Policy sent me to Appalachian State University. While there, I found a plaintiff for a federal lawsuit aimed at bringing down their speech code, which was then considered the worst in the state. Before the AFD was done drafting a civil complaint, Appalachian State got rid of its speech code. There was even pressure from the local ACLU.

In mid-February, I went on to Pennsylvania State University where I met a young student who would become the plaintiff in an ADF suit against their speech code. That code would also fall – via federal court injunction - before the end of April.

Before the semester was over, the Pope Center sent me to Wake Forest University. After my speech, I was approached by the president of the UNC-G College Republicans. She held in her hand a joint resolution – co-signed by the UNC-G College Libertarians – threatening their school with litigation. The threat concerned a “non-discrimination” policy that prevented student groups from discriminating on the basis of beliefs. (For example, Christian student organization constitutions that said members must “believe in God” were considered “exclusive” and “intolerant.”).

But the UNC-G administration was forcing student organizations to sign the ridiculous policy even though a similar one had been struck down by a 2004 ADF lawsuit. I had recruited the plaintiffs for that lawsuit and was, therefore, in a position to assure the Republicans and Libertarians that they would win.

And they did win. The resolution/threat worked like a charm as the UNC-G administration abandoned its illegal policy in order to avoid another lawsuit. It was almost like winning the Cold War without firing a single shot.

And so those are some of the highlights of my first year of campus activism following my last N.C. State speech. Obviously, I have too much good news to fit in a single column thanks to a lot of really good friends – e.g., the Pope Center, the FIRE, the ADF, the Leadership Institute (LI), and the Young America’s Foundation.

So, I’ll fast forward to 2009 before this column turns into a short novel.

Last Monday, I ate my first of two Thanksgiving dinners with a faculty Christian group and about 100 international students. In the last year, members of that Christian group have helped bring Frank Turek, Phillip Johnson, Michael Behe, and William Lane Craig to campus. Now, students are actually getting the opportunity to see debates between those defending traditional views of Christianity (with logic and evidence) and those who hold different views, including hardened atheists.

And the students are stepping up, too. On Wednesday, I walked into a studio to record a commercial for a new conservative radio show on our local Big Talker radio station. While I was waiting, I sat and read the new UNC-W conservative student newspaper. It was started by two of my students with the help and support of the kind folks at LI.

The new conservative paper recently accused my university of giving pay raises to dozens of employees in defiance of a state-mandated budget freeze. After they printed the accusation, they were invited on to a local radio station. During the segment, one of the chancellor’s assistants called in to essentially accuse the two students of lying.

So these students have decided to fight back by getting their own two hour night-time radio show, which will further challenge university polities, fiscal and otherwise. And they will have my full support. That’s why I went to the Big Talker studio to record the commercial.

On Thanksgiving morning, I took some students to the shooting range for our annual “Giving Thanks for the Second Amendment” field trip at the local law enforcement range. (click here for video). While there, I asked a former student whether he remembered the days when the university used to spend all of the Leadership Lecture Series money on liberal speakers – e.g., $12,000 on Arianna Huffington, $13,000 on Cornel West, $18,000 on Molly Ivins, $19,000 on Robert Kennedy, Jr., and so on.

My former student said he did remember those days and then acknowledged that they were long behind us. Indeed, the monopoly of liberal speakers at my university has come to an end. Today, students are beginning to hear ideas that do not have the endorsement of our remarkably un-diverse and narrow-minded administration.

I envision a day when the administration is forced to cut back on other indoctrination programs. I imagine a campus without the Women’s Center, the African American Center, and El Centro Hispano. In other words, I imagine a day when we decide that divisive identity politics have no place on a university campus.

Of course, many people say I’m just a dreamer. But, now, it is clear that I’m not the only one. I hope some day you’ll join our revolution. And the whole academic world will live as one.