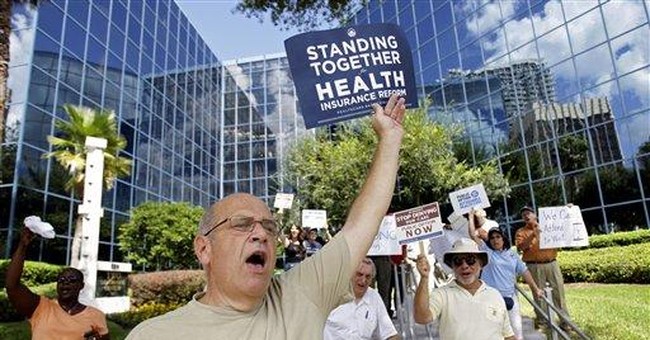 Hello Barry. I’ve decided to write you a few questions in response to the unsolicited emails I keep getting from BarackObama.com. Since most of your form emails concern health care I’ll confine most of my questions to one health-related subject: Abortion.

1. Did you know that about 150 young black people were admitted to Howard University School of Law this year? But, unfortunately, about 1370 black babies were aborted today. How can we effect “social justice” if the health profession kills far more blacks than the legal profession is currently accepting into its ranks?

2. Isn’t abortion sort of like liberalism in a nutshell? It’s just a way of asking others to suffer the consequences of your own bad decisions.

3. Doctors are supposed to save lives and not take them. Shouldn’t abortion doctors then be required to take the hypocritical oath?

4. You been supported by People for the Ethical Treatment of Animals throughout your political career. What if I trapped a dog in a cage and dismembered him slowly with a pruning tool I stuck through the bars of the cage? What if I then sucked out the bloody body parts with my Black & Decker power vacuum? Would PETA demand my arrest? Would they succeed? Would this not be eerily similar to what licensed doctors do to babies? Isn’t that more serious than animal abuse? Even more serious than ACORN funding brothels with tax-payer dollars? Is this a procedure we want to nationalize?

5. When a white abortion doctor kills a black baby is it a hate crime?

6. Jesse Jackson was pro-life before he decided to run for president. He switched to the “pro-choice” position because he wanted to be the first black president. This, he thought, would show that America is no longer racist. Jesse still opposes the death penalty because – at least he claims - it is racist. In the American health care system, over 9000 black babies are aborted every week. Has the criminal justice system ever executed 9000 innocent blacks in a single week?

7. A Democrat historian once told me that, during its history, the mostly Democratic KKK lynched almost 5000 blacks. Today, the mostly Democratic pro-choice movement applauds (and even defends as a “right”) the mutilation of over 9000 blacks on a weekly basis. You probably think it is unfair to compare pro-choicers to the KKK. But unfair to whom? Klansmen were never such prolific killers.

8. What would happen if we started shooting unborn babies with guns? Would you then decide to oppose abortion?

10. I just ran into a fellow who was wearing a "Jesus" fish around his neck and an "Obama" hat on his head. That's like wearing a Star of David around your neck and carving a swastika on your forehead. Jesus was the greatest friend of the weak and powerless. Are you not the most powerful opponent of the weakest segment of society, the unborn?

11. Social Security is going bankrupt because large numbers of people born before Roe v. Wade are drawing from the system. But 50 million people who would be paying into the system have been aborted since Roe. Is it fair to say that in the same way Democrats destroy lives they created they also destroy government programs they created?

12. Since abortion kills so many black males, shouldn't we call it "homie-cide"?

I didn’t sign up for your email newsletter but I guess someone did it for me as a joke. And I can’t seem to get off the list no matter how many times I ask to be removed. So, I’ll keep sending questions like these until you start responding with more than just your form email responses. Or maybe I’ll find a way to send them directly to your teleprompter.