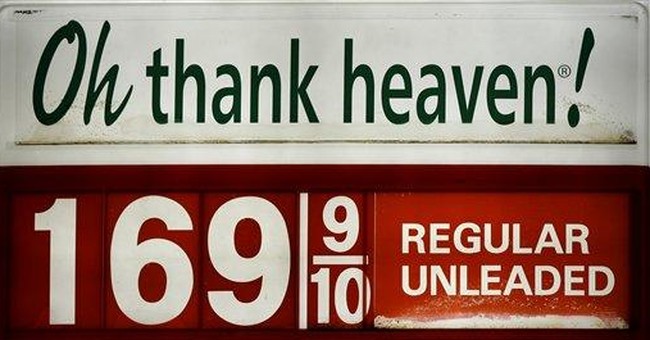 Over the past several years, I’ve written over 500 nationally published columns. Many of these columns have lampooned academic leftists for their blatant hypocrisy and intellectual dishonesty. But, regrettably, just last Wednesday, I did something that undermines my credibility in addressing such issues. So in today’s column I wish to offer a sincere apology to my colleagues at UNC-Wilmington, not to mention convenience store clerks all across America.

At about noon on February 18th I was sent an email under the subject line “Osama Bin Laden Found!” Naturally, I was very excited and opened the email without hesitation. The body of the email indicated that a picture of Bin Laden was included in an attachment. I opened the attachment and saw a picture of Bin Laden sitting behind a cash register. The photo had been doctored to portray him as a convenience store clerk wearing a “7-11” vest. It was obviously a joke. Indeed, it was a cruel, racist and highly demeaning joke directed towards Americans of Middle Eastern extraction.

The very fact that I laughed at the attached picture was bad. But then I did something even worse: At 12:38 p.m. (EST), I forwarded the picture to every member of my department.

My poor judgment created a predictable outcry among members of the Department of Sociology and Criminology at UNC-Wilmington. If no members of our faculty were of Middle Eastern descent, the action of forwarding the racist picture would have been tasteless and inappropriate. But the fact that we do have faculty members of Middle Eastern descent – among them junior faculty who are less able to speak out against faculty racism – renders my action in forwarding the picture utterly inexcusable.

So for this I offer an unequivocal apology. My apology extends not just to faculty members I may have offended. It also extends to convenience store clerks everywhere who may have felt they were unjustly connected to terrorism. Finally, it extends to everyone of Middle Eastern descent who may have been offended by my inappropriate actions.

In the past, I have been critical of my university for a number of racist actions, including, but not limited to, the following:

*Printing and distributing a student activity calendar with a picture of a monkey wearing corn rows. This picture made a racist connection between black men and monkeys.

*Printing and disseminating posters of Secretary of State Rice and General Powell enclosed in cages holding bunches of bananas. These pictures, which were distributed by the Women’s Center to advertise an event for a feminist group (The Guerilla Girls), also made a racist connection between blacks and monkeys.

*Hiring a black man (Brent Staples) to give a speech on racial sensitivity after writing a book in which he bragged about chasing white people down the street and screaming into their “bleached out faces.” This was not racist to whites, but to blacks, because Staples did it in the context of faking an intention to rob the whites. This made a racist connection between black men and the violent crime of robbery.

For years, I have been holding myself to a higher standard than the liberal racists at my university. But, as of last week, I have relinquished any right to claim moral superiority or to hold myself out as an enforcer of moral consistency.

I fully expect that someone in our university community, whether of Middle Eastern descent or not, will soon file a charge of hostile environment racial harassment. If I am found guilty of such a charge I will immediately offer my resignation from the faculty of UNC-Wilmington.

I also very deeply regret any harm I have caused to the conservative movement.

Thank you for listening.