How I Bombed an Abortion Clinic and Still Got Tenure 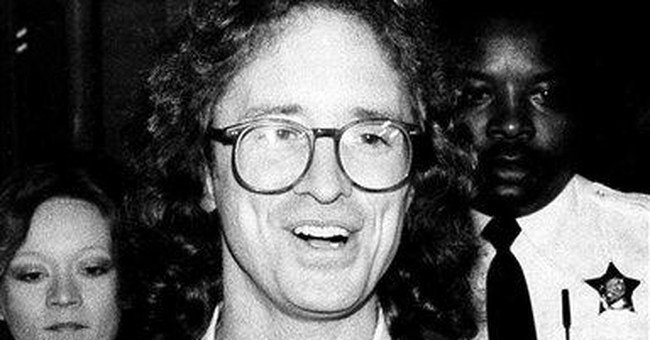 Ann Potts, an Assistant Professor in the Watson School of Education, has disgraced The University of North Carolina at Wilmington by signing a petition in support of unrepentant terrorist Bill Ayers – himself an education professor at The University of Illinois at Chicago. The real disgrace is actually twofold: First, there is her willingness to support Ayers. Second, there is her unwillingness to support me for engaging in similar actions years ago in pursuit of a very different political agenda.

Some years ago I was involved with a radical anti-abortion group that was frustrated with efforts to overturn Roe v. Wade. We targeted two abortion clinics – one in Birmingham and the other in Atlanta - for bombings. We successfully carried out both of those bombings without killing anyone on the premises. We wanted to send our message – at least initially – without any unnecessary bloodshed.

After we carried out the bombings in Birmingham and Atlanta we gathered together in Charlotte, North Carolina for the express purpose of making a number of bombs that would be used in additional attacks on abortion clinics throughout the Southeast. Regrettably, an accident occurred during the construction of those additional bombs. Several members of our group died during the unexpected blast. Shortly thereafter, I left the group and decided to enter the field of higher education.

I want to make one thing perfectly clear: I do not regret my decision to engage in the bombings of those abortion clinics. In fact, I regret that we did not do more.

Some people on the Far Left in America are trying to hold the Pro Life movement accountable for actions I engaged in before Sarah Palin was even involved in politics. And no one in academia is willing to offer me forgiveness for actions I’ve never said I regretted. Ann Potts’ name is not on a petition of my academic supporters for one simple reason: I don’t have any.

For those who are not Swift enough to grasp satire let me explain something: You are presently reading satire.

Put simply, there is no chance that an unrepentant right-wing domestic terrorist could ever land a job in higher education in America. The “liberal” would prevent the white male abortion clinic bomber from teaching on the basis of identity politics. The conservative would arrive at the same conclusion on the basis of principle.

Lest you think that I am exaggerating turn back the clock eighteen months to the last time I spoke out against an academic leftist who supports violence as a means of disseminating his political views. Some readers remember when Kent State professor Julio Pino (jpino@kent.edu) publicly advocated the bombing of innocent Jews by Palestinian children.

I spoke out against Pino’s advocacy of violence by writing a column called “How to Bomb a Gay Bathhouse.” This was shortly after the controversy involving Ann Coulter’s use of the term “fag” to describe John Edwards. In that column, I suggested that Kent State hire Ann Coulter and allow her to construct a website advocating violence against gays since they were silent on the issue of Pino’s advocacy of violence against Jews.

When columnist Andrew Sullivan read my column there was much lisping and gnashing of teeth. Too dense and emotionally unstable to understand the satire, Sullivan dubbed me an “ugly bigot” and ran excerpts of my column on his website. And, even after having the satire explained to them, our student newspaper ran an editorial suggesting that I advocated domestic terrorism. The chancellor’s assistant, Cindy Lawson, made the dim-witted remark that my column was deplorable even if satire. Apparently, it was deplorable if advocating violence, but still deplorable if doing the opposite.

The way people to my left reacted to my column showed a great desire to find a conservative who advocates domestic terrorism – even in the absence of any evidence he’s engaged in terrorism – and to punish him for his advocacy of violence.

But, in the case of William Ayers (bayers@uic.edu), we have a leftist who not only advocates domestic terrorism but has actually carried out acts of terror in his own country. And those who accused me of advocating violence are now either a) unwilling to talk about Ayers, or b) actually willing to sign a petition supporting him.

Ann Potts, who taught at Virginia Tech when a student opened fire and killed nearly three dozen, is a reminder of just how intellectually and morally challenged one can be and still survive in the field of education. Her unrepentant idiocy is a call for the overthrow of the government-run education system - by non-violent means, of course.