Sampson and the Philistines 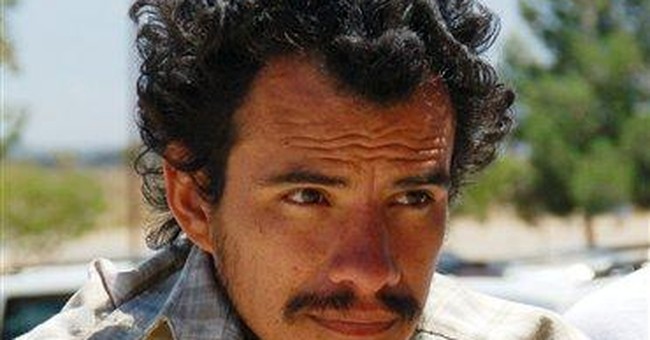 Contrary to popular opinion, the case of Keith Sampson at Indiana University – Purdue University Indianapolis (IUPUI) is not over. An article by the Associated Press seemed to imply that the case was resolved. But, having done some thorough research on the case – more thorough than the AP, I believe – I respectfully dissent. And, today, I am calling for an investigation of university Chancellor Charles Bantz as well as university spokesman Rick Schneider.

Keith Sampson is really a rare kind of student. First of all, he was willing to take a job as a janitor to help pay for his college education. But, even more impressive, he spends his break time reading scholarly books on subjects such as American history. But, when he decided to read a book on race relations – one describing how students at Notre Dame defeated the KKK in the 1920s – all hell broke loose.

But, of course, this happened in a university setting, which means that common sense never had a fighting chance. Sampson was told last November that his conduct constituted racial harassment. The affirmative action officer (Lillian Charleston who is now retired) stated “You used extremely poor judgment by insisting on openly reading this book related to a historically and racially abhorrent subject in the presence of your black co-workers.” Such ignorance is by itself a good argument against affirmative action.

In case you didn’t understand it, here’s what she said: Sampson may have been a victim of intellectual rape but he was wearing too short of a skirt.

But, fortunately, the ACLU – like the blind squirrel that occasionally finds a nut – found out about Lillian Charleston who is obviously a nut, and more than a little squirrelly. With pressure from the ACLU, Charleston exuded sheer eloquence in later telling Sampson “There is no university policy that prohibits reading (scholarly books) on break time.” Too bad she’s retired. This woman is obviously brilliant.

But of course this was not good enough. Remember that in November Charleston had said “We conclude that your conduct” – of reading a scholarly book in front of a black woman – “constitutes racial harassment.” But after the ACLU got involved in February the university informed Sampson that no disciplinary action would be taken because they were unable to determine whether Sampson’s conduct was intended to disrupt the work environment.

But, of course, the work environment was disrupted by a hypersensitive black female with a distorted view of the “typical white person” – and what a good thing this bigot isn’t running for President of the United States! So, I took the time to call Rick Schneider to ask him about the uncertainty of the university’s findings.

Regrettably, Rick Schneider was the most evasive, stammering, and uncertain administrator I’ve ever spoken to (in the six years I’ve been investigating university speech codes). For example, I asked him whether the charges leveled against Sampson were objectively false and he could not answer. When I asked him whether he even believed in the existence of objective truth and falsity, he replied “I do not wish to get into a general philosophical discussion with you.” I swear I’m not making this stuff up. And I do believe in objective truth.

But, finally, I did get a direct answer from Rick Schneider. When I asked whether he was aware any other acts of racial harassment by Sampson he stated unequivocally “No.” And this is very important.

If Rick Schneider was not the person who made those statements to The Wall Street Journal it is very good news for him. But, of course, that only means that someone else should be sued for defaming the character of Mr. Sampson whose personnel file is clean and who has never engaged in any racially harassing behavior (despite the university’s pathetic attempt to smear him).

But the Chancellor must also be investigated in order to explain this statement made in an email sent by Rick Schneider:

“The chancellor has sent letters of apology to Keith Sampson, to the co-worker of Keith Sampson who filed the complaint, and to two co-workers who were interviewed as part of the investigation of the complaint. In these letters, the chancellor said he regrets this situation took place and believes this matter could have and should have been handled differently.”

The public has every right to see that letter in order to ascertain the reason why a university president would apologize to an obviously racist black woman who disrupted the IUPUI work environment with an objectively false accusation of racial harassment.

Keith Sampson has suffered a good deal of grief although not as much as the lacrosse players at Duke University. But at least Duke’s chancellor didn’t apologize to the stripper.