Michelle Malkin
|
Posted: Jan 16, 2019 12:01 AM
Share   Tweet
The opinions expressed by columnists are their own and do not necessarily represent the views of Townhall.com. 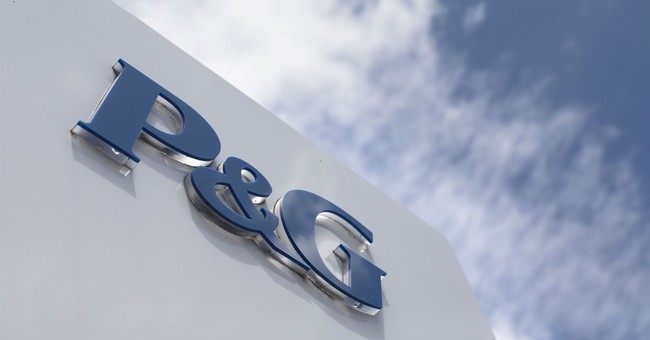 One of the world's most successful brands committed ideological hara-kiri this week. Recognized around the world as a symbol of manly civility for more than a century, Gillette will now be remembered as the company that did itself in by sacrificing a massive consumer base at the altar of progressivism.

To which I say: R.I.P.-C. (Rest In Political Correctness).

In case you hadn't seen or heard, parent company Procter & Gamble launched a Gillette ad campaign blanket-demonizing men as ogres and bullies. Guilt-ridden actors gaze ruefully at their reflections in the mirror -- not because they've neglected their hygiene, but simply because they're men. Various scenarios of boys being boors and males being monsters flash across the screen before woke interlocutors show how "real" men behave in nonaggressive, conciliatory and apologetic ways.

At home and at work, in the boardroom, on the playground, and even while barbecuing in the backyard, Gillette sees nothing but testosterone-driven trouble. Message: Y chromosomes are toxic. The "best a man can get" can no longer be attained without first renouncing oppressive manliness.

Self-improvement must begin with self-flagellation.

A Gillette company statement explained that after "taking a hard look at our past" and "reflecting on the types of men and behaviors we want to celebrate," officials decided to "actively challenge the stereotypes and expectations of what it means to be a man everywhere you see Gillette."

But Proctor & Gamble, which bought Gillette in 2005 for $57 billion, doesn't spell out which part exactly of the 118-year-old company's past it now rejects. Was it founder King Gillette, the relentless entrepreneur who appealed to "red-blooded" young American soldiers? Was it the decades of multimillion-dollar promotional campaigns catering to physically superior athletes?

Or perhaps the mau-mauing marketers have adopted the radical feminist position that shaving itself is sexist. Is the ultimate goal to undermine the very raison d'etre of the $15 billion shave care industry?

I ask only half in jest. How else to explain this latest suicidal episode of collective consumer-shaming? Gillette's two-minute, man-bashing missive may have racked up 7 million views on YouTube, but the "dislikes" outnumber "likes" by 4 to 1.

And the reviews are brutal:

"How to destroy your company in 1 minute 48 seconds."

"Companies attempting to make profit should stick to that."

"The single male is the most attacked maligned ridiculed and forgotten person in today's society."

"You can buy High Quality Razors that are NOT Gillette at the 99 Cents Store with NO lecturing on how to be a Man."

"So now Gillette thinks that it is the arbiter of what all men should think, say, and watch. Screw Gillette, bought their products for almost 50 years, I will never buy another Gillette product. NEVER!!!"

"Thank you Gillette, I purchased your razors and chopped off my testicles with it. No more toxic masculinity!"

You may remember that P&G, which I un-fondly refer to Protest & Grumble, has dipped its sanctimonious toe into social justice waters before. In 2017, the company tackled identity politics with a video called "The Talk." The preachy ad stoked fear and hatred of police and perpetuated racial stereotypes of officers lurking around every corner waiting to pounce on innocent black children and teenagers -- alienating law enforcement families across the country and insulting every minority cop to boot.

The backlash against that ad apparently didn't faze Protest & Grumble's activist zealots. Once again, industry marketers are proving they're not satisfied with selling useful products people want and need. No, they're hell-bent on exploiting successful businesses to cram odious politics down consumers' throats.

Like many Silicon Valley giants (hello, Facebook and Twitter) and SJW-hijacked sports enterprises (hello, NFL and ESPN), Gillette is now openly discriminating against its consumers-turned-critics to curry political favor with the #MeToo movement. Savvy social media observers caught the company throttling negative comments and dislikes on its YouTube video. They can manipulate likes and de-platform dissenters. But they won't be able to disguise the bloodletting effect of toxic sanctimony on their bottom line.

Falling on your virtue-signaling blade may win you awards and headlines, but ultimately, it's a fatal proposition.