Michelle Malkin
|
Posted: Aug 22, 2018 12:01 AM
Share   Tweet
The opinions expressed by columnists are their own and do not necessarily represent the views of Townhall.com. 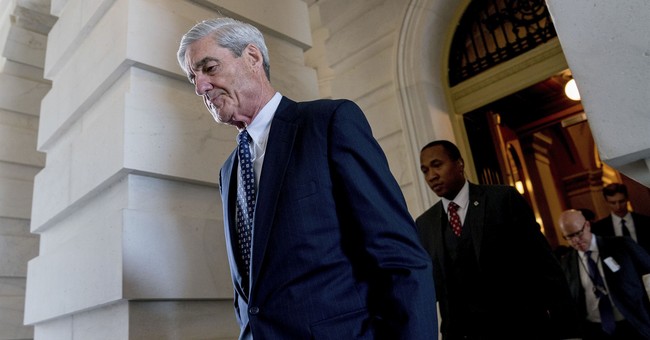 At this unique moment in American history, liberals and conservatives have something in common: an abhorrence of government prosecutors run amok.

Republicans are livid at the federal fishing expedition known as the Mueller investigation. Bit players have been dragooned into an endlessly politicized probe. The media has taken sides; nonstop leaks have tainted the process. And the lead witch-hunter wields enormous and unchecked power to trump up (pun intended) charges against marginal campaign figures that have nothing to do with alleged Russian collusion.

Monday's split jury verdict in lobbyist Paul Manafort's trial on fraud charges (guilty on eight, hung on 10) will be hyped by the collusion truthers as proof positive of Putin-flavored pudding. But Manafort's actual financial crime convictions have nichego to do with any imagined campaign conspiracy with the dreaded Reds.

There's another truth that should be obvious to government watchdogs from all parts of the political spectrum. However shady Manafort's activities (and they were swampy with a capital "SWAMP"), they were simply a means to Mueller's end of twisting the screws on a potential snitch to bring down Donald Trump. Manafort's dealings (stretching back to 2004) largely predated his flash-in-the-pan stint in 2016 with the campaign. The feds were aware of his foreign dalliances under the Obama administration, but chose to do nothing -- nichego -- until Trump took office.

Put aside partisan politics for a moment and let's be real: For every honest and principled prosecutor working in the courts, there are obsessive Captain Queegs in office searching for political wins (strawberries!) instead of seeking the truth.

On the opposite side of the aisle, left-leaning criminal justice reformers understand this reality well -- and have fought hard to educate the public about the role official misconduct plays in wrongful convictions. Indeed, the National Registry of Exonerations run by the University of Michigan Law School, reported recently that nationwide in 2017, there were a "record-high 84 official misconduct exonerations -- or exonerations given because of official misconduct committed by those vested with the power of the law, such as police officers, prosecutors, and governmental officials." That's a stunning 60 percent of exoneration cases last year alone.

Thanks to the warm, fuzzy blanket of prosecutorial immunity, very few of the government actors involved in such misconduct are ever held to account.

That's changing. This week, New York became the first state to create a commission on prosecutorial misconduct. After an intense lobbying battle, Democratic Gov. Andrew Cuomo signed the act this week. The legislative effort was spearheaded by exonerees who personally suffered and survived the whims, falsehoods and power trips of district attorneys who suppressed exculpatory evidence, coerced false confessions and solicited false eyewitness testimony from career jailhouse snitches. (I'll have more on the remarkable journey by those leading this historic charge in an upcoming column and CRTV videos.)

Meanwhile, in California, prosecutorial misconduct stemming from intentionally withholding or altering evidence is a felony as a result of a law passed in 2016. Proposed by a Democrat, the bill earned bipartisan support after watchdogs exposed the failures of the California courts to report official misconduct as required by statute and the abdication of the California Bar Association to punish wrongdoing.

The iron shield of absolute immunity must be removed from prosecutors. As retired federal judge Frederic Block points out: "Police officers do not have it and they are held accountable in courts of law for their egregious behavior. We wisely do not give our law enforcement officers, or even the President, carte blanche to do as they please; bad prosecutors should similarly be accountable."

Author and lawyer John Grisham similarly noted in The Wall Street Journal in support of the New York prosecutorial misconduct condition: "It is sadly ironic that those we trust to put away criminals are thoroughly unaccountable when their own unethical behavior is discovered. ... The failure to regulate prosecutorial misconduct enables more misconduct and wrongful convictions."

Exoneration super-lawyer Kathleen Zellner, who has won a record $108 million in verdicts and settlements on behalf of the wrongfully accused (most recently an added $11 million for Missouri exoneree Ryan Ferguson), put it bluntly:

Those who commit the crime of wrongful convictions should do the time. On this, all good-faith citizens who believe in equal justice can and should agree.