Michelle Malkin
|
Posted: Jan 18, 2017 12:01 AM
Share   Tweet
The opinions expressed by columnists are their own and do not necessarily represent the views of Townhall.com. 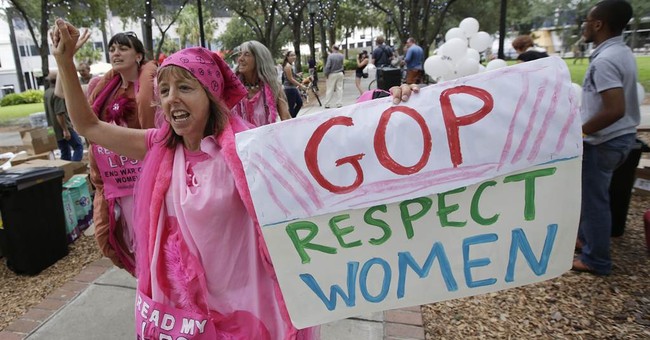 Hoodlums will be out in full force this Inauguration Day weekend. Count on it.

I've covered the left's criminal anarchist element for more than 20 years -- from the animal rights terrorists who have harassed, threatened and firebombed scientific researches across the U.S. and Europe to the anti-capitalist thugs who wreaked havoc on downtown business owners at the 1999 World Trade Organization meeting in Seattle and the 2010 G-20 summit in Toronto to the ANSWER Coalition and Code Pink's not-so-peaceful peaceniks who disrupted congressional hearings and menaced veterans memorials and military recruiting stations throughout the George W. Bush years to the Occupy Wall Street vagrants and rapists of 2011-12 to the rent-a-rioters who hijacked Ferguson, Baltimore and other Black Lives Matter demonstrations against police.

My favorites over the years? I'll never forget the seditious mother in Olympia, Washington, who tied bandanas over her kids' faces and recklessly planted them in the middle of a street 10 years ago to block trucks carrying military shipments. She was so caught up in the excitement of her "direct action" that she dropped her baby on the ground as her anarchist compatriots threw rocks at police and soldiers driving around them.

Then there were the "progressive" nitwits who handcuffed themselves to concrete-filled barrels in January 2015 and shut down traffic in the Boston area (risking the lives of crash victims waiting for an ambulance that was blocked) to protest ... something or other.

Clenched-fist troublemakers will use any mass gathering as an excuse to undermine civil society. Social media and the irresistible lure of virality have only strengthened their incentive to "FSU" (f--- s--- up). Here's another thing you can take to the bank: "Mainstream" protesters on the streets of D.C. will look the other way at these lawless vandals who leech onto any available cause. Their common goal is not "social justice." It's destabilization and disorder.

In Oakland, California, far-left "activist" Mayor Jean Quan groveled to Occupy agitators and refused to crack down as small businesses were destroyed and cops were attacked.

Kory Flowers, a North Carolina-based law enforcement expert on domestic anarchists and criminal subversive groups, describes the persistent pot stirrers as "cause parasites." In 2012, at the Democratic National Convention, where international media coverage was assured, Flowers reported that anarchists had manufactured "urine-filled eggs, acid-filled Christmas ornaments, and water guns containing urine, all meant to be used against the law enforcement security forces throughout the city."

Five years later, investigative journalist James O'Keefe exposed D.C.-based anarchists associated with the #DisruptJ20 (Jan. 20) movement on tape this week as they were plotting to invade inaugural balls with stink bombs, trigger sprinkler systems to force attendees out in the cold, chain themselves to Metro trains and hunt down city officials who act against them.

"If you try to close us down, we will look for your house. We will burn it. We will physically fight the police if they try to steal one of our places. We will go to war, and you will lose," one plotter threatened.

Many of these guerilla punks employ "Black Bloc" tactics, Flowers notes, wearing all-black clothes "to appear as a unified assemblage, giving the appearance of solidarity for the particular cause at hand," which allows "virtual anonymity while conducting criminal acts as a group." They may be a fringe minority, but it's the continued tolerance of these vandals, looters and terrorist wannabes on the ground by "mainstream" community organizers and politicians that gives them cover -- and power.

Lee Stranahan, an independent journalist and blogger who covers protest movements for Breitbart, adds: "It's important that Americans not be lulled into a false sense of security by such an oversimplification. While it's been proven that funders like (billionaire George) Soros and the Democrat party have paid protest organizers and some protesters, groups like the violent Black Bloc typically aren't motivated by money, but instead come to protests because of their anti-American ideology, base criminal desires and thrill seeking."

Opponents of President-elect Donald Trump's have accused him of "inspiring violence" and bringing out the worst in people. Wrong. The active and passive sponsors of left-wing political mayhem are the ones guilty of enabling it over the past quarter-century. Restoring peace and justice starts with restoring law and order. Either you're against the rule of the mob or you're with it.