The Myth of H-1B Job Creation 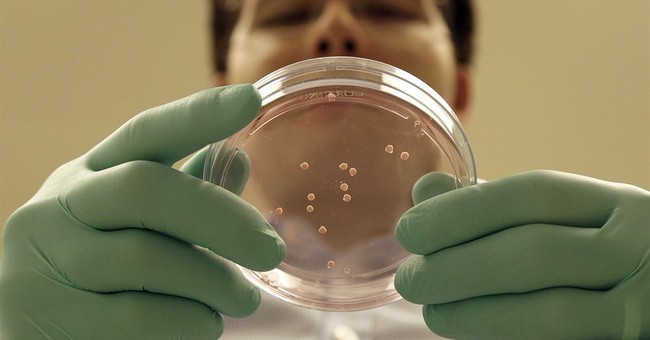 Just this week, Computerworld reported: "Fury and fear in Ohio as IT jobs go to India."

Yet, it remains an article of faith among Big Business flacks and Beltway hacks that H-1B not only protects American jobs, but also fuels miraculous job growth.

The myths are recycled and regurgitated by the likes of Sen. Orrin Hatch, R-Utah, who claims that "foreign-born STEM workers complement the American workforce, they don't take American jobs."

Bill Gates, citing the National Foundation for American Policy, which is run by one-man Beltway advocacy research shop operative Stuart Anderson, testified before Congress that "a recent study shows for every H-1B holder that technology companies hire, five additional jobs are created around that person."

Citing another NFAP study by economics professor Madeline Zavodny of Agnes Scott College, Facebook CEO Mark Zuckerberg's FWD.us and the U.S. Chamber of Commerce asserted: "2.62 MORE JOBS are created for U.S.-born workers for each foreign-born worker in the U.S. with a U.S. STEM graduate degree."

But even the reliably pro-immigration expansionist Wall Street Journal had to call out Bill Gates on his misleading testimony to Congress regarding oft-cited NFAP job-creation figures. First off, the data set was confined to S&P 500 technology companies, which "excludes the leading users" of H-1B visas -- offshore outsourcing companies from India such as Infosys, Wipro and Tata.

Moreover, Carl Bialik, the newspaper's "Numbers Guy," reported that the study Gates cited to claim amazing H-1B job generation "shows nothing of the kind. Instead, it finds a positive correlation between these visas and job growth. These visas could be an indicator of broader hiring at the company, rather than the cause."

University of California, Davis professor Norm Matloff explained that Gates' false conclusion is a common analytical error known as Simpson's Paradox, "in which the relation between two variables is very misleading, due to their mutual relation to a third variable."

NFAP's Zavodny study was published by the American Enterprise Institute, sponsored by open-borders billionaire Michael Bloomberg's Partnership for a New American Economy and touted by the open-borders U.S. Chamber of Commerce and the pro-H-1B FWD.us.

Zavodny's study initially examined data from the years 2000 to 2010. She hypothesized that states with more foreign-born workers would have higher rates of employment among native-born Americans. Initially, she was unable to find a significant effect of foreign-born workers on U.S. jobs.

So what changed? In correspondence with John Miano, co-author of our new book "Sold Out" on the foreign guest-worker racket, and I, Zavodny revealed that when she showed her initial results to the study sponsor, the backers came up with the idea of discarding the last three years of data -- ostensibly to eliminate the effects of the economic recession -- and trying again.

Voila! After re-crunching the numbers at the sponsor's request, Zavodny found the effect the study sponsor was hoping to find.

Standard research practice is to formulate a research hypothesis and specify a study sample before the analysis has been completed. The practice of "data dredging" -- that is, tweaking the sample data until one gets rid of "anomalous results" -- is frowned upon.

To her credit, Zavodny provided her data to a curious software developer in Silicon Valley who was interested in immigration policy. The blogger, R. Davis, discovered a number of serious methodological deficiencies in Zavodny's work.

Most importantly, he documented that Zavodny's results are highly sensitive to the date range selected. When she studied the years 2000-2007, she found 100 foreign-born workers in STEM fields with advanced degrees from U.S. universities were associated with 262 additional jobs for native-born Americans. But change the date range a little bit to 2002-2008, and the exact same regression model shows the destruction of 110 jobs for natives, according to the independent researcher.

According to public policy professor Ron Hira of Howard University, only 1 in 206 of H-1B workers at offshore outsourcing giant Infosys holds an advanced degree from a U.S. university. Even fewer of Tata Consultancy Services H-1B workers do -- just 1 in 222. So there is almost no overlap between the highly educated workers in Zavodny's "262 additional jobs" analysis and the mostly entry-level workers who actually come to the U.S. on H-1B visas.

While industry lobbyists have to employ dubious and convoluted means to show H-1B creates jobs, it is brutally simple to show that H-1B workers take American jobs. Just ask the folks who trained their H-1B replacements at Disney, Southern California Edison, Toys R Us, Fossil and countless other companies across the nation.

Michelle Malkin is author of the new book "Who Built That: Awe-Inspiring Stories of American Tinkerpreneurs." Her email address is malkinblog@gmail.com.