Can We End the Crazy Diversity Visa Lottery Yet? 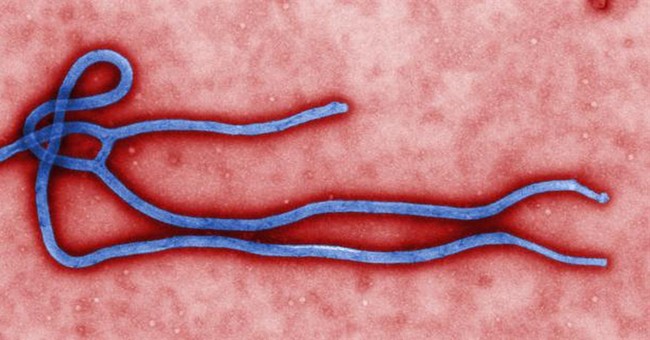 Ebola has reached our shores from Africa. Dozens of children are reportedly suffering paralysis from a deadly virus with unknown origins. Medical providers across the country have warned of a looming public health crisis as communicable diseases spread unmonitored and uncontrolled. Other countries are cracking down. But America is stuck on open-borders stupid.

On October 1, the State Department opened the annual DV random lottery to applicants from around the world. Yes, it's completely random like a Powerball drawing. Up to 55,000 lucky winners will snag permanent residency visas (green cards), which put them on the path to American citizenship ahead of millions of other foreigners patiently waiting to come to this country.

The green card lotto winners' spouses and unmarried children under 21 all get golden tickets into the country, too, no matter where they were born.

Illegal aliens are eligible if a legal family member wins the jackpot. Applicants don't even need a high school education. No outstanding abilities, training or job skills are necessary. A handful of countries are excluded if they no longer qualify as "underrepresented." But if you come from a terror-sponsoring or terror-friendly nation -- such as Iran, Syria, Sudan, North Korea and more than a dozen officially designated terror enablers on the State Department's list -- no worries. Thousands from these breeding grounds for jihad will walk through our front doors.

This is what happens when bipartisan panderers in Washington get their way. The visa lottery was championed by left-wing social engineer Sen. Ted Kennedy and signed into law by President George H. W. Bush in 1990 to admit more "underrepresented" immigrant minorities into the U.S. Although originally intended to give a leg up to Irish illegal aliens who had overstayed their visas, most of the winners now hail from non-Western terror hot spots and hostile territories.

You know who else will get in? Untold numbers of "diversity" petitioners from Liberia, Sierra Leone and other West African countries where the Ebola virus is epidemic. If you think the feds will ensure that foreign visa-seekers with communicable diseases stay out, think again. The State Department now allows applicants with HIV to apply and enter. Those who suffer from tuberculosis, leprosy or other afflictions "of public health significance" can apply for waivers.

Reports indicate that before his departure from Liberia to Texas last week, Ebola carrier Thomas Duncan lied at the airport about being in contact with someone exposed to the disease. So far, the White House refuses to impose any travel restrictions from West Africa. It's also not clear whether the U.S. has re-screened West Africans who won last year's DV game and are flying into the country now.

As I've reported for the past 12 years, enforcement and screening procedures are shoddy. The General Accounting Office deemed the DV program a national security risk in 2008, while State Department and Homeland Security officials blamed each other for reckless incompetence.

"Consular officers at six of the posts reviewed -- Accra (Ghana), Addis Ababa (Ethiopia), Dhaka (Bangladesh), Kathmandu (Nepal), Lagos (Nigeria) and Warsaw (Poland) -- reported that the availability of fake documents, or genuine documents with false information, such as birth certificates, marriage certificates, and passports, presented significant challenges when verifying DV applicants' identities and the relationship between the principle DV applicants and their spouse and dependents," the GAO reported.

The Diversity Visa lottery program is a public health hazard and a national security risk that leaves our safety to random chance. But pleas to curtail or end the program since the 9/11 attacks have fallen on deaf ears.

In the wake of the Ebola scare (not to mention renewed jihadi threats from abroad), worried Americans are heading to the drugstore to stock up on facemasks, hand sanitizer and gloves. New vaccines are in the works for emerging global contagions.

Unfortunately, there is no antidote for our government's blind and deadly diversity worship. Political correctness is a plague on us all.