Another Glorious Fourth: What Would the Founders Think? 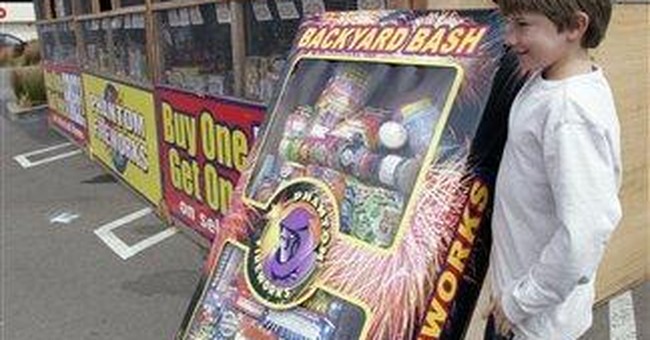 Independence Day is the most significant of our political holidays. Without the 4th, there would be no President’s Day or Memorial Day. As we enjoy comfortable lives in the world’s dominant power, it is hard to imagine the circumstances facing Americans in 1776. The colonists represented a string of settlements along the Atlantic coast, hemmed in between the ocean and an inhospitable wilderness inhabited by often hostile Indians.

As fighting broke out between the colonists and British troops, the early Americans faced a stark choice: submit to London and sacrifice their liberty, or rebel against the mightiest empire on Earth and face prison or death if they failed. We all celebrate the Founders for making the first choice, but how many of us would have pledged our own “lives, our fortunes, and our sacred honor,” as did the signers of the Declaration of Independence?

Frankly, we have it easy today. And we owe many of our advantages as Americans to the courage and fortitude of those who stood up for liberty on that July 4th many years ago. Of course, the fact that we are better off than the Founders does not mean that we don’t face any challenges. Just pick up a newspaper.

The economy has slowed and times are uncertain. People are losing their homes and the stock market is falling. America is at war in Iraq and Afghanistan, while terrorist groups like al-Qaeda remain a threat.

Congress continues to spend wildly, and the impending retirement of the baby boomers will create a financial tsunami from Social Security and Medicare. Our educational system is failing to teach our children reading, morality, or citizenship. Energy prices are racing out of sight.

Yet partisanship reigns supreme. For the last 20 years the Bushes and the Clintons have dominated American politics. While they all can be—and deserve to be—criticized for many things, they all also genuinely believed that their policies would benefit the nation. But vitriol and hatred have replaced civility and comity in the public square.

Indeed, for many people politics is but a game– red team versus blue team. Policies don’t matter. Only victory counts. As a result, whether its Iraq, energy prices, or budget deficits, there is no hint of bipartisan cooperation.

But the Founders would understand. After all, politics in the early republic was not for the faint-hearted. It often was rowdy, nasty, and personal. And creating a new government isn’t the easiest of tasks.

The Declaration’s signers also likely would be hopeful. Americans have spent more than two centuries overcoming big challenges. There’s no reason they would believe we weren’t up to the job today.

Despite the fact many people are dissatisfied with the two major presidential contenders, I believe the Founders would have been impressed with both of them.

There’s John McCain, who would be the oldest man ever elected president. He was a rowdy young man, served heroically in the military, survived years as a prisoner of war, overcame political setbacks, and won his party’s nomination despite opposing many of his party’s policy positions. He might not be your cup of tea, but surely he’s an impressive politician.

Then there’s Barack Obama. Even many Republicans find themselves attracted to his rhetoric of change and unity. More important still is his race.

The Founders recognized that they were making a pact with the devil when they sanctioned slavery. But they believed the necessity of a union that included the southern colonies outweighed the moral and practical horrors of slavery. Leaders like Thomas Jefferson understood the potential for disunion that lurked beneath the infamous slave clauses of the Constitution.

So I believe those who signed the Declaration would be pleased that the American nation that came through the searing experience of the Civil War and reunited, eventually—after much hardship and pain—came to welcome black as well as white as part of our political union. They would recognize that Barack Obama’s candidacy helps heal two centuries of racism and demonstrates America’s uniqueness to the world.

In short, the men who signed the Declaration 232 years ago would be impressed with the nation they helped create. “Well done,” I believe they would say, while enjoining us not to rest on their—and our—laurels. For truly we have much yet to do. But as Americans, we should never doubt our ability to prevail, whatever the challenge.